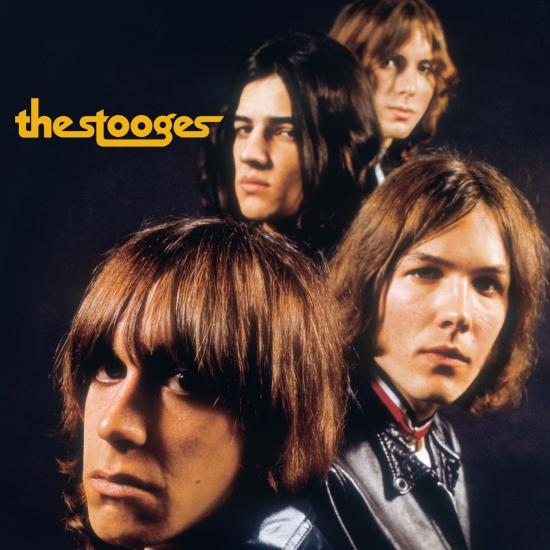 The Stooges is the eponymous debut studio album by American rock band the Stooges, released on August 5, 1969 by Elektra Records. Considered a landmark proto-punk release, the album peaked at number 106 on the US Billboard Top 200 Albums chart. The songs "I Wanna Be Your Dog" and "1969" were released as singles from the album; "1969" was featured on Rolling Stone's list of the "100 Greatest Guitar Songs" at number 35.
Iggy Pop, vocals
Dave Alexander, bass
Ron Asheton, guitar, backing vocals
Scott Asheton, drums
Produced by John Cale
Digitally remastered 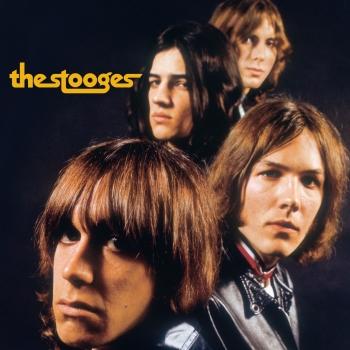 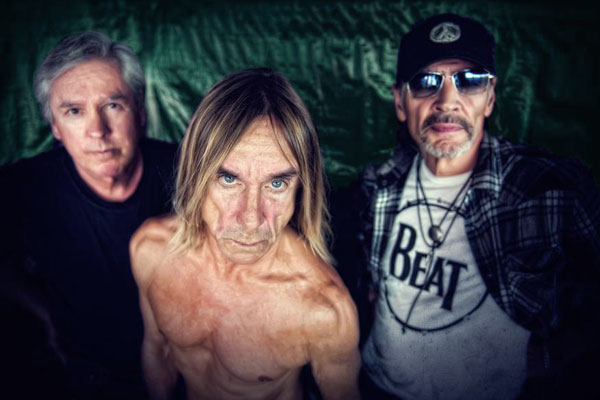 The Stooges
formed in 1967 when a young James Osterberg, better known as Iggy Pop, moved across town from Ypsilanti to Ann Arbor to attend University of Michigan USA. Taking the name Iggy Stooge, he provided the vocals while Dave Alexander played bass and brothers Ron and Scott Asheton played guitar and drums, respectively.
Two years later, after being signed on to Elektra Records, mixing raw, abrasive Rock with insolent lyrics the band released its classic self-titled debut album; despite minimal U.S. commercial success the record included such proto-Punk staples as "I Wanna Be Your Dog", covered by Joan Jett and "No Fun" done by the Sex Pistols.
In 1970 The Stooges unleashed "Fun House", it contained "Down On The Street" which Rage Against The Machine covered thirty years later and "T.V. Eye", most recently heard on the original soundtrack of Jack Black's "School Of Rock". Destructively energetic and furious, the debut and the group's second album, along with Iggy's outrageous onstage performances, in which he smeared himself with peanut butter and rolled on broken glass, secured the band's cult status.
Substance abuse left The Stooges in shambles and Alexander left the band. Not long after recruiting guitarist James Williamson, Ron Asheton switched to the bass and in 1973 the band resurfaced as Iggy & The Stooges with the LP "Raw Power", recorded in collaboration with David Bowie; although the album received positive reviews, it remained out of the mainstream, but was the source for "Search And Destroy" whose endless covers include The Red Hot Chili Peppers, EMF, Everclear among others and "Gimme Danger", not to mention Guns N' Roses' cover of the title tune, "Raw Power".
February 10, 1975, at the age of 27, original bassist Dave Alexander died from Pneumonia at a hospital in Ann Arbor. The Stooges disbanded in late 1977, when James Williamson left and Iggy Pop went into the hospital to straighten himself out. That same year, Pop launced his solo career with the release of two albums, "The Idiot" and "Lust For Life".
Iggy Pop and The Stooges, featuring original members Ron Asheton on guitar Scott Asheton on drums and saxophonist Steve MacKay, along with bass player Mike Watt reunited in 2003, playing together on tour for the first time since the mid-'70s.
In March 2007 the undeniable godfathers of Punk-Rock unleashed their first album in 33 years; the disc, titled "The Weirdness", debuted at #130 on The Billboard 200. "My Idea Of Fun" was selected as the inaugural single.
On January 1, 2009, Ron Asheton was found dead in his Ann Arbor home. He was 60.
"Raw Power" era guitarist James Williamson returned to The stooges to record "Ready To Die", the first studio album to bear the name Iggy And The Stooges since 1973. The disc was released in April 2013. (Source: http://100xr.com)