More of Other Worlds, Other Sounds Juan Garcia Esquivel 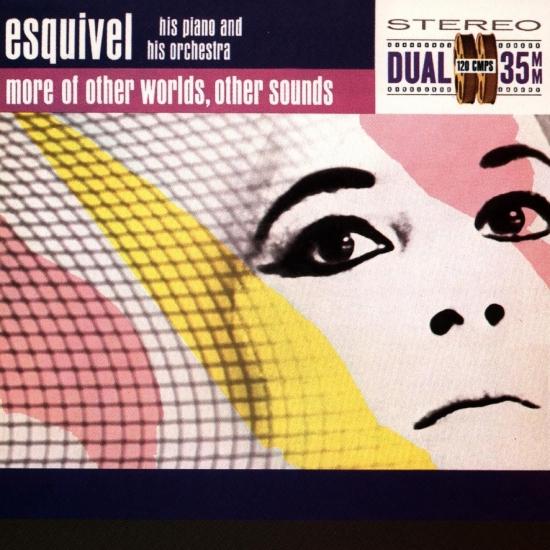 Info for More of Other Worlds, Other Sounds

Esquivel's place in the canon of 'serious' music is still highly debated. (The Mexican composer openly courted a Muzak-y, easy-listening aesthetic, while his arrangements flaunt elements of kitsch and theatricality. ) But whether his creations go by the name of 'space age,' 'lounge,' or 'exotica,' Esquivel's musical brew is unique to be sure.
„More of Other Worlds, Other Sounds“, originally released in 1962, is a shifting tapestry of galloping Western themes, big-band swing, cha-cha, mambo, and cinematic soundscapes decorated with tinkling xylophones, rolling tympani, reverb guitar, and various strange sounds--all par for the course with this revered cult figure. Four of Esquivel's originals appear here, including the sprightly, sweeping 'Primavera,' and the tiki-torch-waving 'Chant of the Night.'
Alongside these are treatments of 'I Get a Kick Out of You' (with Esquivel's piano playing alternating between one-finger simplicity and classical flourishes, tongue apparently firmly in cheek), a laid-back, lounge/mambo take on 'Dancing in the Dark,' and 'Street of Dreams,' complete with martini-shaking groove. The ensemble arrangements swing in earnest at times, with a wink at others--an ambiguity that rests at the heart of Esquivel's success and appeal. For many exotica fans, this 1962 Reprise release, his first for the label, is THE Esquivel record to get.
'The production and ideas behind the originals and cover versions are often breathtaking, the humour is spot on, the musical energy relentless. It's charismatic, insane and quite brilliant.' (Record Collector) 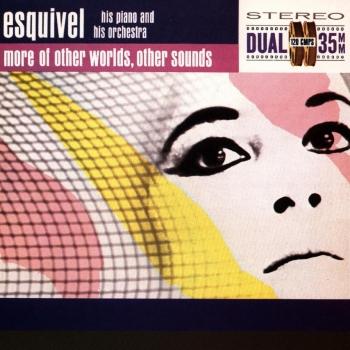 More of Other Worlds, Other Sounds