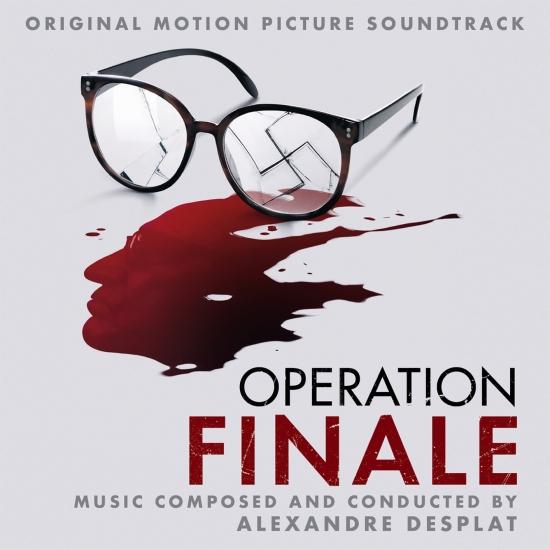 “Operation Finale” is an upcoming American historical drama film directed by Chris Weitz and written by Matthew Orton. The film stars Oscar Isaac as Peter Malkin and Ben Kingsley as Adolf Eichmann, with Lior Raz, Mélanie Laurent, Nick Kroll, and Joe Alwyn in supporting roles. The plot follows the story of the Jewish Nazi hunters sent out to find and capture former SS officer Adolf Eichmann in 1960. Alexandre Desplat wrote the score.
The opening cue which bears the name of the score hits me instantly with how purely Desplat it is; in 2017 his output has been different, varied, with a greater depth and I had kind of forgotten why I usually couldn’t connect with a Desplat score. The Wes Anderson like quirks of this particular cue, with what sounds like a xylophone and also a short military motif puts me in a state of unease. It’s a personal thing, this sound is not my cup of tea. It also dilutes the drama of story as after such an opening which makes me think more of a dark comedy comes “Sacrificed children”, a more tempered piece, with a somber choir and a haunting violin motif which should have had a bigger emotional impact on me. I should also point out that I am usually not a bug fan of military scores, of that dry marching percussion, of those cold vibes. I admit “Nazi’s rising” gives me chills and makes me feel uncomfortable which means the composer reaches his goal without me necessarily enjoying the music.
I warm up to the score when I hear “Malkin’s memories” with its reflective piano motif and the tense string background. Once again the mood isn’t just emotional as Desplat sneaks in some of his quirky mannerisms and puts a question mark on everything; the music makes me think of people investigating, not staying put, of somebody searching continuously for something and the focus of the score is more on these actions than on thoughts and emotions. This is why Desplat’s music is 90% of the time way more enjoyable in the context of the movie then on its own: without the supporting images and story for me the music often feels repetitive and I don’t mean within this score but in the larger picture of Desplat’s career.
Every now and then though a cue like “Death” comes along and I can find no fault in it. This is like a negative picture of “Malkin’s memories” where the roles get reversed between instruments; this time the violin gets center stage and the piano provides the tense background. Nuggets like this are the most enjoyable moments from “Operation finale” for me.
Alexandre Desplat wrote a score that is, in a way, classic for him; fans of his quirks and jumpy pace will undoubtedly enjoy this one both in the movie and on its own; the composer knows these paths so well that I am sure writing a score like this is easy for him. He has developed this sound for years and he never fails to provide the most faithful companion the on screen story needs. The standalone listening experience for me though was not very fulfilling. (Source: soundtrackdreams.com) 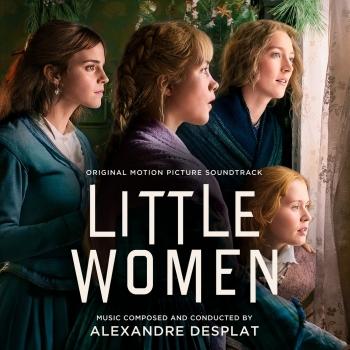 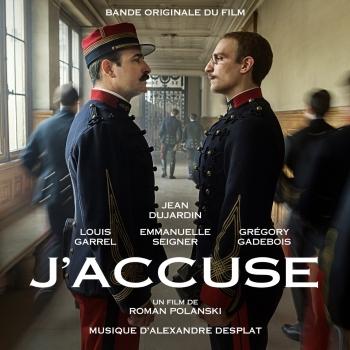 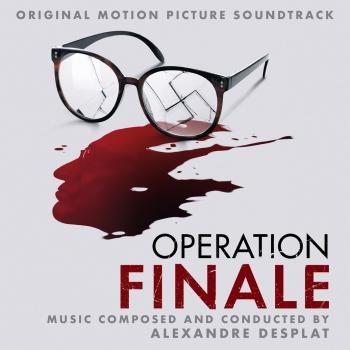 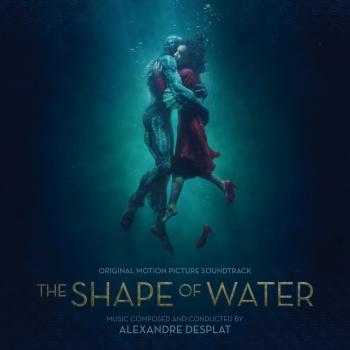