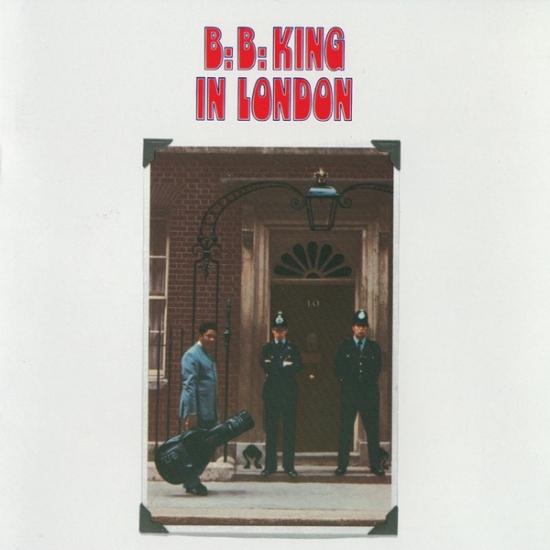 Info for In London (Remastered)

Masterpiece: B.B. King in London is the nineteenth studio album by B.B. King, recorded in London in 1971. He is accompanied by US session musicians and various British rock- and R&B musicians, including Ringo Starr, Alexis Korner and Rick Wright (not the same from Pink Floyd), as well as members of Spooky Tooth and Humble Pie, Greg Ridley, Steve Marriott, and Jerry Shirley.
Wright and his female companion Fritz started a short-lived blues-based band Sunrise which came to an end after Wright's untimely death in a car accident in 1974. Sunrise also included session blues guitarist Paul Asbell. John Lennon had announced that he would perform on some of the tracks, but ended up having no involvement with the album.
"The plodding rhythms laid down by a coterie of British rock stars for this set make one long for B.B. King's road-tested regular band. But it was the fashion in 1971 to dispatch American blues legends to London to record mediocre LPs with alleged rock royalty (the lineup here includes Ringo Starr, Peter Green, Alexis Korner, and Klaus Voorman)." (Bill Dahl, AMG)
B. B. King, lead guitar, lead vocals
Recorded at Olympic Studios & Command Studios in London, June 9. -16., 1971 Modified at The Village Recorder & Record Plant, Los Angeles and The Hit Factory in New York Produced by Ed Michell and Joe Zagarino
Digitally remastered