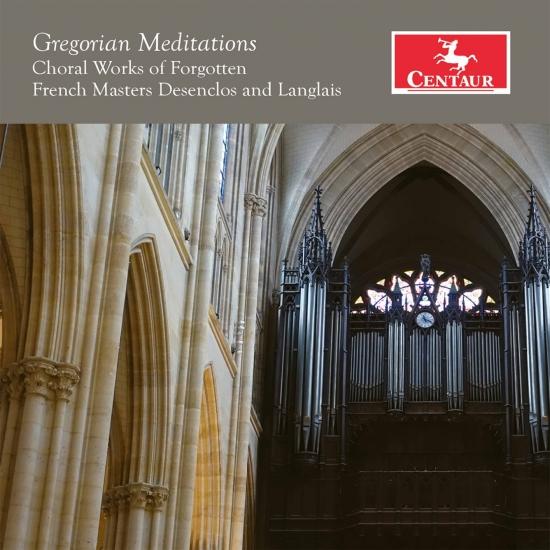 Alfred Desenclos and Jean Langlais were both superlative composers of choral music, yet most of their works are performed far too infrequently. This album offers superb performances of some of the best choral works by these great French masters. Initially called the ‘Madrigal Singers,’ the USC Thornton Chamber Singers were first formed in 1939 under the direction of Max T. Krone ― a professor of music education, composition and choral music, as well as the dean of USC’s former Institute of the Arts. In 1942, Krone brought Dr. Charles C. Hirt, then the director of the Glendale High School choirs and a USC alumnus, to the school as both a lecturer and as Director of the Chamber Singers. Hirt later established and became chair of the Choral and Sacred Music department. In 1956, the Chamber Singers adopted its current name in a move designed to better reflect the group’s repertoire.
University of Southern California Thornton School of Music Chamber Singers
Weicheng Zhao, organ
Jo-Michael Scheibe, conductor 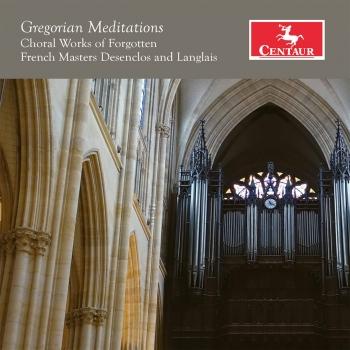 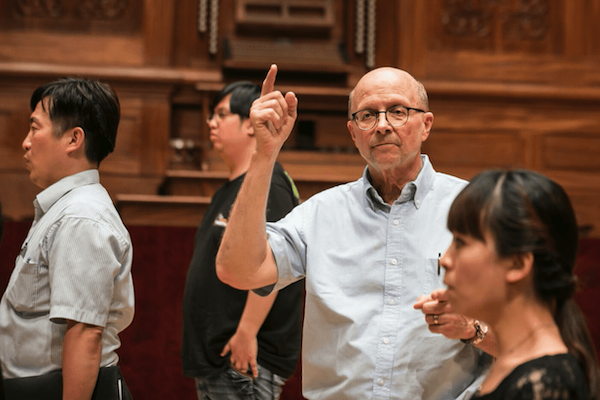 Jo-Michael Scheibe
a Southern California native, has spent years cultivating his passion for choral music and higher education. He currently chairs the Thornton School of Music’s Department of choral and sacred music in the University Park neighborhood of LA at USC.
Growing up in Orange County, Jo-Michael Scheibe attended a Parochial school where he was exposed at an early age to the joy of choir. His adolescence taught him how our early years are formative because of the influence of our teachers, our role models, and the experiences created in pinnacle moments of achievement. We value these moments not for the events themselves, but from the impact of the people we meet along the way. Students and teachers work together to continually change attitudes about traditional music education. In rehearsal, Jo-Michael Scheibe is refreshed and surprised by those who walk in and smiling and say, “Well, why don’t you try it this way?” jo-michael scheibe Liederkranz Union Washington Teaching
Dr. Scheibe received his B.A. and M.M. degrees from California State University at Long Beach and D.M.A. from USC. At CSU, he received Distinguished Alumnus Award in 2003. Jo-Michael Scheibe began teaching high school, starting in California at Vintage High School and Huntington Beach High School. His longest time out-of-state was fifteen years in Miami directing Choral Studies at University of Miami’s Frost School of Music.
Jo-Michael Scheibe believes in the community of choir singers and directors. Dr. Scheibe sang in the very first national ACDA convention in Kansas City with Frank Pooler in 1971. As a young singer, this exposed him to all the wonderful choirs across the country. Like many in the profession, Jo-Michael Scheibe gives back through the ACDA because he has been given so much through music.
Jo-Michael Scheibe was still a student himself when he realized he wanted to become a choral instructor. Whether as a high school teacher to a college professor, Scheibe has worked with an impressive roster of students and performers to date.
Scheibe works to prepare choruses at USC and around the world. These include works with Sir Colin Davis and the London Symphony Orchestra, Helmuth Rilling, Michael Tilson Thomas and the New World Symphony, Franz Welser-Möst and the Cleveland Orchestra, and the Formosa Singers in Taiwan. Under his leadership, ensembles have performed at National ACDA Conventions and National Conventions of the Music Educators National Conference.
Jo-Michael Scheibe has worked alongside notable conductors such as Jeffrey Kahane, Alain Lombard, Jahja Ling, Max Valdez, James Judd, Edoardo Müller, Thomas Sanderling, and Professor János Czifra at Jubilate Mozart. Walton, Albany, Colla Voce Music, and Naxos publish recordings of Scheibe’s ensembles. See: Jo-Michael Scheibe Choral Series.
Jo-Michael Scheibe recently served at the Western Division of the American Choral Director’s Association. He is currently the vice president of International Affairs at the ACDA. In May 2016, he will travel to Taiwan to perform with the Formosa Singers, one of the best choir groups in the country.
Living composers inspire Jo-Michael Scheibe every day. By connecting to the internet, especially Soundcloud and Youtube, composers reach out with ask if Jo-Michael Scheibe can perform it. He listens decides whether or not to try it out. When he started out in the discipline, Jo-Michael Scheibe didn’t plan to get involved in the publishing world. Now, he regularly commissions and performs works of choral literature by up-and-coming and international artists. Music publishers Colla Voce, Walton, and Santa Barbara distribute the Jo-Michael Scheibe Choral Series around the world.
Jo-Michael Scheibe has worked alongside conductors Jeffrey Kahane, Alain Lombard, Jahja Ling, Max Valdez, James Judd, Edoardo Müller, Thomas Sanderling, and Professor János Czifra at Jubilate Mozart in Salzburg, Austria, performing many new, exciting pieces. Check out the four most recent additions to Santa Barbara’s collection: Sinnuh, Please Don’ Let This Harvest Pass, Grace In The Sun, Always Keep This Close, and Spring Shall Bloom.