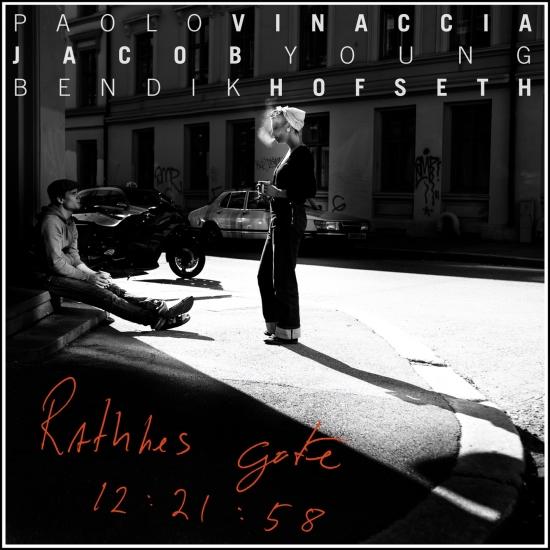 The follow up to the labels first release The Maze is now here! Rathkes gate 12:21:58 This release is a trio recording with the percussion and drummer Paolo Vinaccia, tenor sax man Bendik Hofseth and guitarist Jacob Young. Together they have made a stand out album that consist of original compositions from Hofseth and Young. This trio has played together off and on for a few years now, but this is their debut recording, they spent time in Giert Clausens Fersk Lyd Studio in Oslo working out the arrangements and performances on this music. The sessions were produced by Paolo Vinaccia.
Bendik Hofseth, saxophone
Jacob Young, guitar
Paolo Vinaccia, drums 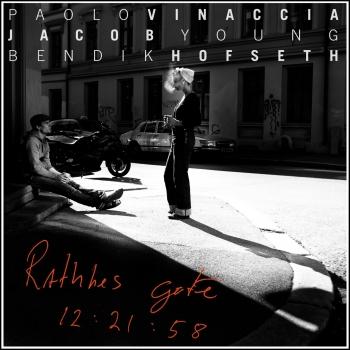