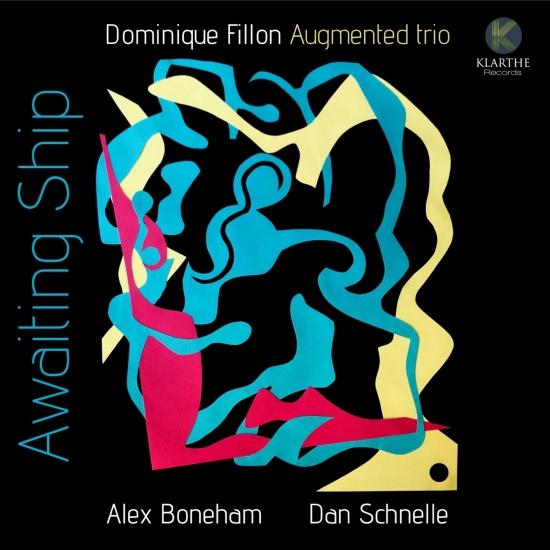 This new adventure in the world of jazz, or “improvised music in a specific framework” as certain like to define it, could have been called “Saying goodbye to the old world”, as that's exactly what was behind my inspiration while writing the themes that I proposed to Dan Schnelle and Alex Boneham.
After having composed most of the music, I wanted to see for myself; to feel first hand and try to understand what exactly it was that inspired so many artists to live and create their music in Los Angeles.
I think it's the light. Most of the year, this part of the world is filled with intense, reassuring, and inspiring light.
And that's where I met Dan and Alex, at the bluewhale jazz club, which, every night, hosts musicians from around the world with warmth and simplicity. The music played there has no boundaries, everything from swing to classic European melodies, African rhythms and the most influential Latin genres.
I was immediately drawn to these two young and talented cats, and wanted to add a few inspired guests to our new trio - the trumpet player, Sylvain Gontard, and a string quartet brought together for the occasion by Akemi Fillon, including Miwa Rosso, Yoko Levy-Kobayashi and Camille Borsarello. Finally, our dear friend, Helik Hadar, came from Israel to capture the shared emotion and grace us with his unique sound.
Just the list of last names of these talents coming from all corners of the planet to share this moment of creativity is a testament to the fabric of this project that I had imagined from the very beginning.
Dominique Fillon Augmented Trio 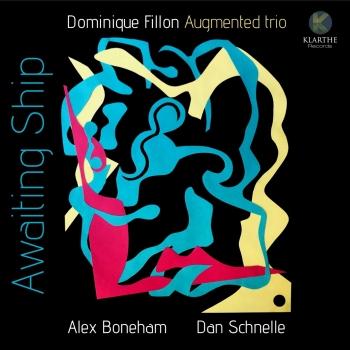 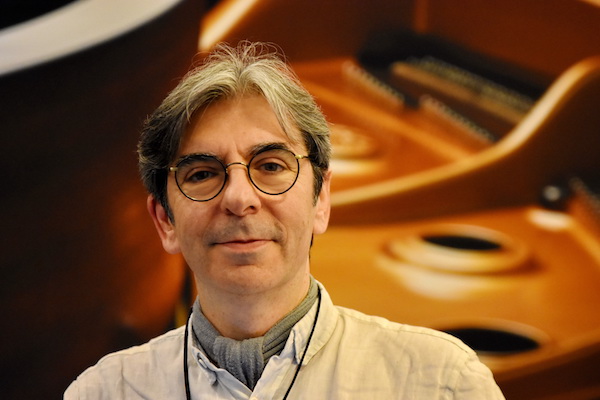 Dominique Fillon
Born in 1968, Dominique Fillon spends his childhood in the Sarthe region of France, in a home filled with classical music thanks to his father's passion for the likes of Mahler, Stravinsky, Mozart, Gershwin, or Ravel, and English pop music that his three older brothers listen to around the clock - the Beatles, the Rolling Stones, Pink Floyd, Dire Straits…
At the age of 11, Fillon teaches himself to play the piano and starts to compose, and quickly joins several different regional rock bands (Deux points à la ligne, Orgon…). At 16, he discovers Brazilian music, then jazz, and decides to focus entirely on these genres. Performing as a jazz pianist in the bars of Le Mans, he leaves high school before graduating and dedicates all his time to music, heading to Paris in 1989 where he enrolls at the American School of Modern Music.
Playing several times a week at the Caf-conc’ as pianist and singer, he meets the best Parisian musicians around (Jaco Largent, Chris Henri, Etienne M'bappe, Jean-Christophe Maillard, Eric Sauviat, Hervé Brault, Paco Séry, Thierry and Jean-Philippe Fanfant …). And so begins an intense decade during which time he accompanies artists from every continent, both on stage and in the studio (Angélique Kidjo, Ralph Thamar, Michel Fugain, Philippe Lavil, Jimmy Cliff, Bruce Johnson, Lokua Kanza, Geoffrey Oryema, Bernard Lavilliers, Monica Passos...)
In 1994, Dominique meets Marijosé Alie, a singer-journalist (Caresse mwen) who proposes that he be the sole producer of her second album (Zambouya). He comes to love the meticulous work of studio production and decides to dedicate most of his time to producing other artists (Alioune K, Catherine Miles, Philippe Lavil, Orlika, Elisabeth Anais). During this time, a backline tech friend of his asks his advice about a few of his songs; it is none other than Sanseverino, for whom Dominique goes on to produce his first three albums (Le Tango des Gens, Les Sénégalaises, Exactement).
After the year 2000, his editor, Michel Federoff, suggests that Dominique record an album of his own songs, with piano in the forefront, and so his solo career takes off, with a first album, “Detours”. Prestigious guests include Steve Rodby, the legendary bassist from the Pat Metheny Group, the Brazilian guitarist, Sergio Farias, as well as the likes of Stéphane Huchard, Jean-Philippe Fanfant, Steve Shéhan, Marc Berthoumieux, Nicolas Montazaud, and Eva Gambus from the Trio Esperanza.
Between recordings and world tours with his quartet, he composes and records three more albums: -“Americas”, recorded in Chicago with Steve Rodby, Nic Cecire, Ulf Wakenius, Olivier Roman Garcia and Youn Sun Nah. - “As It Comes” commissioned by the Japanese label, Atelier Sawano, and recorded with Francis Arnaud and Kevin Reveyrand.
-“Born in 68” recorded with Sylvain Gontard, Laurent Vernerey, Jean-Marc Robin and Fred Soul.
In 2012, Herbie Hancock asks Fillon to participate in the creation of Unesco’s first International Jazz Day, and to perform not only with Dominique’s quartet but also alongside Nicole Slack Jones, Ben Williams and Terri Lyne Carrington.
For the past seven years, Dominique has been the musical director of “Domtomfolies”, a special concert of artists from the French territories held during the famous annual Francofolies Music Festival in La Rochelle, France.
Dominique also composes for soundtracks, theatre, documentaries and short films for television (France 2, France 3, Canal +), Peugeot, Les films du Dorlis, to name only a few. He is also very active in humanitarian endeavors for different organizations around the world.
Dominique has been visiting Japan regularly since 2009, a country which he is particularly fond of, and where he has given concerts in many cities, including Tokyo, Kyoto, Nagoya, Fukuoka, Sapporo, Yokosuka, Yokohama, Shizuoka, Okinawa, Osaka... and has collaborated with many well-known Japanese artists such as Kazumi Watanabe, Yuji Toryama, Aun-J classic orchestra, Ryo Sonoda, Momoko Yuasa, Tamaru, Jusqu'a Grand-père, Koba…