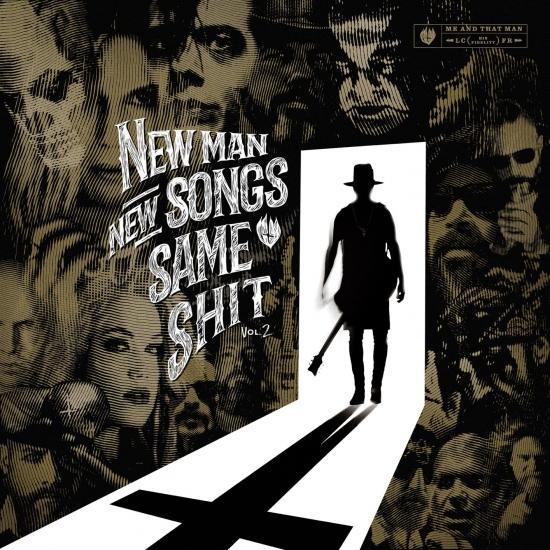 Artist: Me And That Man 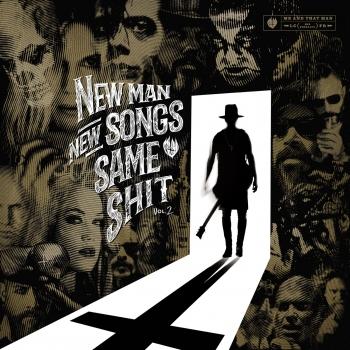 Me And That Man

Me And That Man
Behemoth is one of the most internationally renowned and unrepentant black metal bands. Nergal himself has tread a road that few would dare to walk - arrested on charges of blasphemy in his native Poland, authoring a bestselling book Confessions Of A Heretic, and titling Behemoth's last album The Satanist - but in true contrarian fashion, appearing as a judge on Poland's version of The Voice, and as the cover of Polish Newsweek, and more.
Songs Of Love And Death is a dark journey through sun-bleached, dusty plains, soundtracked by low-slung acoustic guitars and steeped in the rawest essence of rock and blues. The duo's debut will prove to be a revelatory affair for Behemoth's huge global fan base, while simultaneously luring many more people into Nergal's artistic world. Fans of everything from Nick Cave, Danzig, Leonard Cohen, and Johnny Cash's American Recordings, through to the grim, frontier polemic of Wovenhand will find countless mesmerizing moments on the album.
"This album is not meant to turn Me And That Man fans into Behemoth fans," Nergal notes. "If one day they follow, OK. Something like “My Church Is Black” is a strong declaration, a song that naturally invites people from the extreme metal world, and perhaps they'll want to enter this world too. They might even like it. With Me and That Man, I'm telling simple stories in a simple way, not overloaded with metaphors and hidden meanings. It's just got to be as natural, organic and stripped down as it can be."
He further explains, "With Me And That Man, the songs just come out in a very organic way. One would be bluesy, one would be more of a ballad, but put together they all made sense. I need Me And That Man to keep the balance, as the potential of my mother band seems limitless. It gets bigger and bigger, more advanced and more sophisticated... and darker ...and blacker. But Me And That Man is at the opposite pole, artistically speaking. With all the best art, once you have it in you, you have to release it, otherwise it becomes intoxicating and dangerous to your own system. This is how I deal with my emotions and my dark feelings and shadows. This is not happy music, but it's liberating."
"This is a side-project, but I don't really know what it's going to grow into," Nergal concludes. The idea was just to get this music out to people. There's no hidden agenda. It is what it is, and if you like it, it's cool. If you don't, that's cool too. This is the battle we've already won."