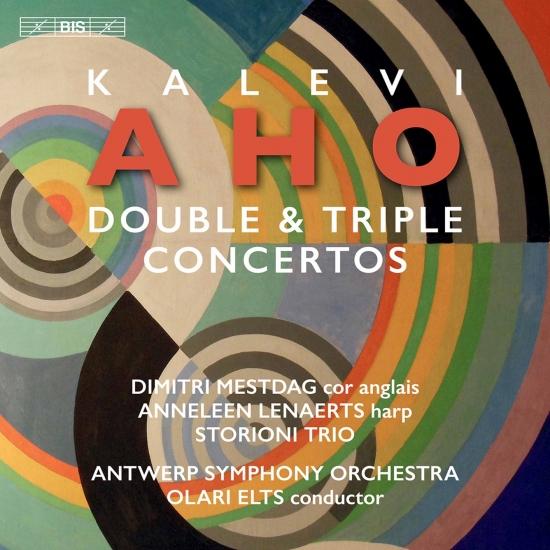 Concertos for cor anglais are few and far between, and harp concertos aren’t very common either. In combining the two, Kalevi Aho has come up with a true rarity – possibly the only double concerto in existence for these two instruments. Composed in 2014, the work was commissioned by the Antwerp Symphony Orchestra for two of its solo players: Anneleen Lenaerts and Dimitri Mestdag, who also perform it here. The work is characteristically eclectic, making the most of the sonic possibilities of the solo instruments, but also of the orchestral palette.
The Antwerp Symphony Orchestra is no newcomer to Aho’s music, having previously recorded his concertos for trombone and trumpet. On the present disc, it also provides support for the Storioni Trio, in the Triple Concerto for violin, cello, piano and chamber orchestra, a joint commission by the trio and the orchestra. In 2017, as Aho started work on the concerto, his granddaughter was born. Having written a lullaby for her, he decided to use that as the core melodic material of the piece. The lullaby is heard several times in the first movement, which is quite tonal and very dreamlike. It also features in the movements that follow, while the harmonic language becomes more complex. Aho himself describes the work as having ‘a general atmosphere full of joy and positive (sometimes quite virtuosic) energy.’
Dimitri Mestdag, cor anglais
Anneleen Lenaerts, harp
Storioni Trio
Antwerp Symphony Orchestra
Olari Elts, conductor 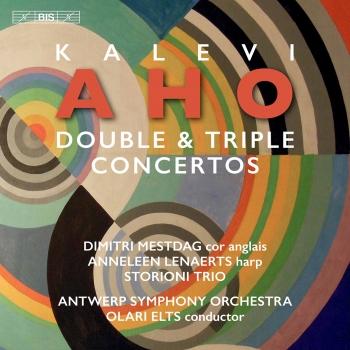 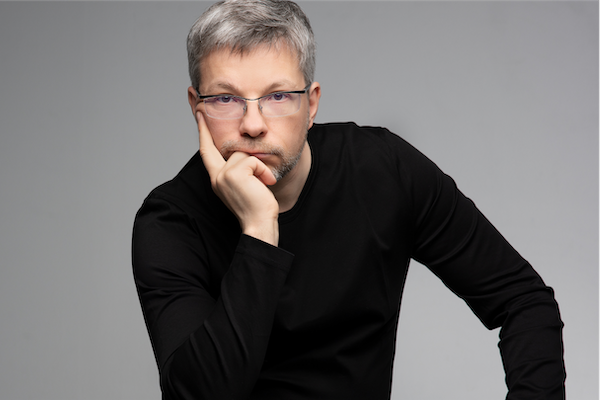