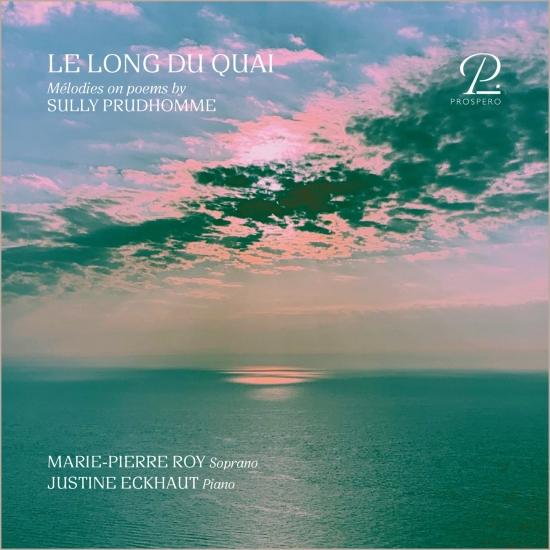 Sully Prudhomme - the first Nobel Prize winner for literature. His poems have inspired a variety of musicians to write wonderful compositions, including Gabriel Fauré, George Enescu and Louis Vierne. Soprano Marie-Pierre Roy and pianist Justine Eckhaut have assembled an impressive selection of these songs into a fascinating album that demonstrates the stylistic range of song composition at the turn of the 20th century and beyond.
Sully Prudhomme is concerned with metaphysics, logic, morality, aesthetics, sociology, and thus perfectly embodies the Parnassian movement, hostile to both individual outbursts and political engagement, purporting to bring poetry closer to the natural sciences, history, and philosophy. His writing is concerned with inner analysis, the search for the ideal, and advancement. He became a member of the Académie Francaise in 1882 and received the first Nobel Prize for Literature in 1901.
An art of suggestion and refinement, the French art song, mélodie, is a vast world unto itself; a world where poetry and music combine. Long the preserve of the salon, it relies precisely on the balance between a first-rate text and a score that shows consideration for intimacy in the marriage of voice and piano.
In the repertoire of this album, the performer becomes the narrator, the pianist the orchestrator. The mélodie fashion, initiated by Gounod and Berlioz, really blossoms with composers such as César Franck, Théodore Dubois and Reynaldo Hahn, but also with the "innovators" such as Chausson, Debussy, Ravel and Poulenc; at their side the undisputed master of the genre: Gabriel Fauré. The beginning of the 20th century thus represents the "golden age" of this wonderful kind of repertoire.
Marie-Pierre Roy, sopran0
Justine Eckhaut, piano 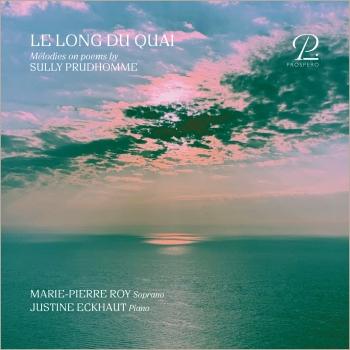 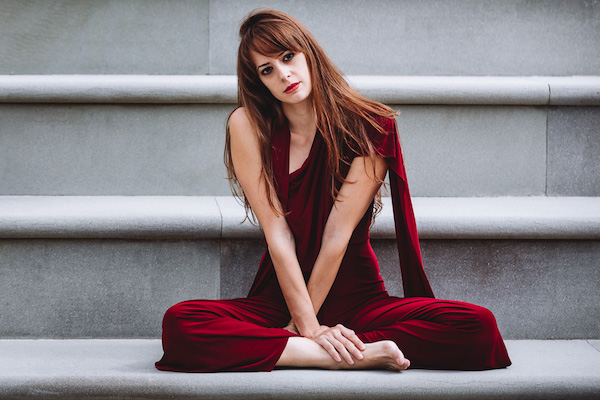 Marie-Pierre Roy
is a versatile soprano whose repertoire embraces works from the Baroque to the contemporary. A prizewinner in many competitions, she sings throughout Europe.
Marie-Pierre Roy started her music career with the violin and voice in her hometown, Dijon. She attended the University of Music and the Performing Arts in Stuttgart, studying with Francisco Araiza and Bernhard Gärtner, and graduated in voice, violin, and pedagogy. She developed further with Dunja Vejzović and Cristina Piperno.
Her vocal flexibility and secure intuition allow Marie-Pierre to fulfill her curiosity with a large and varied repertoire drawn from every period and genre.
Her concertante repertoire includes: « St. John Passion », the « Christmas Oratorio », and the « Magnificat » by Bach, « Susanna » and « Messiah » by Handel, Beethoven's « Ninth symphony », Brahms A German Requiem, Bruckner's « Te deum", Dvořák's « Stabat mater », Mendelssohn's « Elijah », Mozart's « Requiem » and Rossini's « Petite Messe Solennelle » as well as modern works, including « Mysteries of the Macabre » by György Ligeti and « Trois airs pour un opéra imaginaire » by Claude Vivier. For Marie-Pierre it's important to take part of the creation of contemporary music: premières she has given include of « Hin-Nun » by Younghi Pagh (German première) and « die Tränen der Eos » from Volker Ignaz Schmidt (world première).
In 2014, Carus released « Warum toben die Heiden », a CD of cantatas by G.A. Homilius featuring Marie-Pierre as soprano soloist. The intensity of the recording process in this highly concentrated work corresponded perfectly with Marie-Pierre's musical abilities and disposition, although she prefers the contact to a live audience. For that reason she is a devotee of the operatic stage, where she has sung Nannetta in Verdi's « Falstaff », Eva in the German Premire of « Paradise reloaded (Lilith) » by Peter Eötvös, The Crowd, The Child, and The Stranger in « Into the Little Hill » by George Benjamin, The Queen of the Night in Mozart's « Magic Flute », a Flower Maiden in the world première of « Mondparsifal (Ersatzmutter der Abwehr) » by Bernhard Lang, and the titelpart of « Schneekönigin » by Marius Felix Lange.
Mixing different genres of art is an important interest of Marie-Pierre's. She was a performer in « Wardian Case » at the « Eclat » Festival in Stuttgart and has sung concert pieces not usually staged, including « Poslanija pokojnoj R. V. Trusovoj » by György Kurtág, Orff's « Carmina Burana », and Mendelssohn's « Elijah », the latter in the Friedenskirche in Potsdam.
Marie-Pierre is always searching for new challenges, expressing her joy to sing, an attitude which has won her awards: in 2015 the Melody and Audience Awards at « Symphonies d’automne », in 2016 the Bronnbach Foundation Prize at « Debüt », in 2017 the Critics' Award at the « Beppe de Tomasi » Competition, and in 2018 the Audience Awards at the « Bazzini « Competition, the third Prize at the « Francesco di Paola » Competition, and the second Prize at the « Jole de Maria » Competition.
Marie-Pierre Roy has worked with music directors such as John Axelrod, Sylvain Cambreling, Gabriel Feltz, Gabriele Ferró, Claus Peter Flor, and Simone Young and theatre directors such as Roberto Andó, Andreas Bode, Stefan Huber, Helen Malkowsky, Jonathan Meese, Jenke Nordalm and Bernd Schmitt. She has performed at the opera houses of Chemnitz, Dortmund, Naples, Rijeka, the Teatro Massimo in Palermo, the Teatro de la Maestranza in Sevilla, the State Theatre, Kammeroper, and Theaterhaus in Stuttgart and the Theater an der Wien, as well as in famous cathedrals such as those of Strasbourg and Naples, and in prestigious concert venues such as the Liederhalle in Stuttgart, the Gewandhaus Leipzig and the Verdi auditorium of Milan.