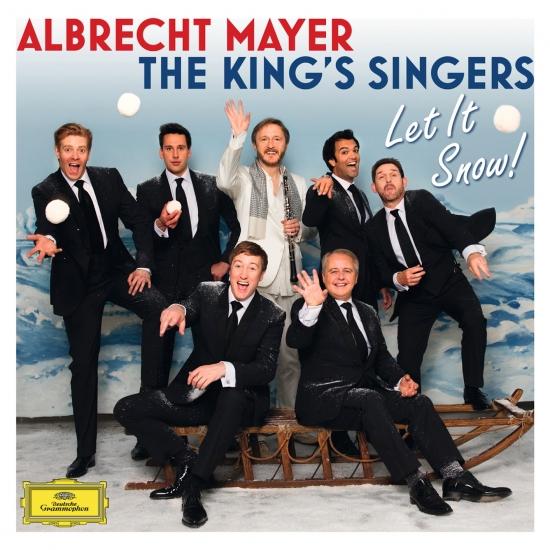 Info for Let It Snow!

One of Germany’s best-loved classical performers joins forces with a legendary close- harmony group for a winter-themed album to bring warmth to the dark months of the year: Albrecht Mayer & The King’s Singers. The pairing of probably the world’s most famous and accomplished oboist, Albrecht Mayer with the UK’s celebrated vocal ensemble is a heavenly musical partnership, and the interplay of colors, melodies and harmonies between these performers enchant and delight with Baroque, classical and seasonal favorites. The album has a Yuletide theme with tracks such as ‘Let It Snow’, ‘Jingle Bells’ and ‘Baby It’s Cold Outside’.
Albrecht Mayer, oboe
The King’s Singers:
David Hurley, countertenor
Timothy Wayne-Wright, countertenor
Paul Phoenix, tenor
Christopher Bruerton, baritone
Christopher Gabbitas, baritone
Jonathan Howard, bass
Beni Araki, harpsichord & organ (on track 6) 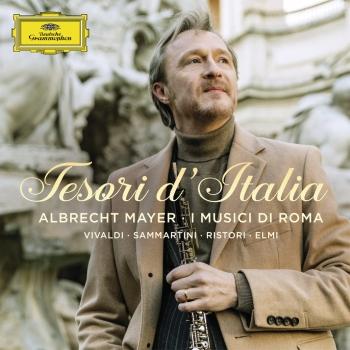 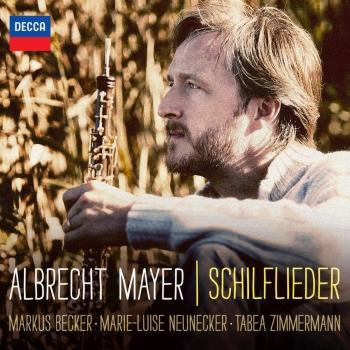 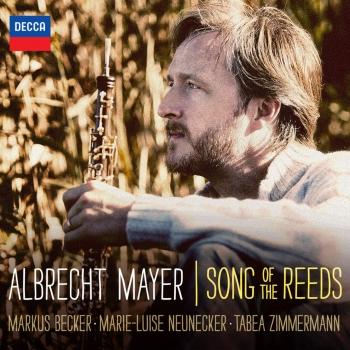 Song Of The Reeds 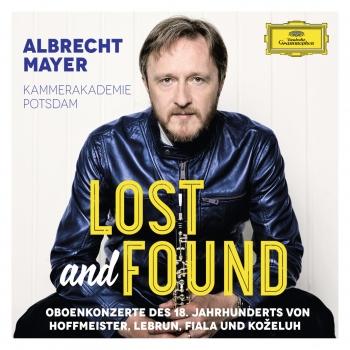 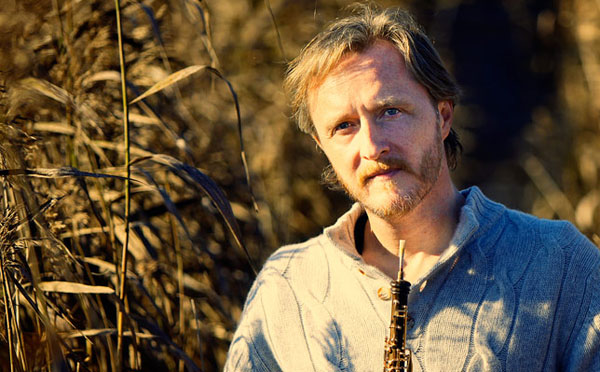 Albrecht Mayer
Albrecht Mayer’s playing has both listeners and critics raving, with expressions like “divine spark” or the “miraculous oboe” that the German player has elevated to become an “instrument of seduction”. He studied with Gerhard Scheuer, Georg Meerwein, Maurice Bourgue and Ingo Goritzki and began his professsional career in 1990 as principal oboist of the Bamberg Symphony Orchestra. Since 1992 he has occupied the same position with the Berliner Philharmoniker. Among the most sought-after oboists of our time, he has appeared as a soloist with Claudio Abbado, Sir Simon Rattle and Nikolaus Harnoncourt. Along with his solo projects, Mayer considers it important to find time for chamber music and performs regularly with partners such as Hélène Grimaud or Leif Ove Andsnes.
In his search for new repertoire for his instrument, he is constantly fascinated by the idea of lending his voice (that of the oboe) to “foreign” works – pieces written for other instruments or for singers. Having sung as a child for many years in the Bamberg Cathedral Choir, he is especially attracted to the human voice, as the most “natural” of all instruments. In the recording Lieder ohne Worte – Bach transcriptions for oboe and orchestra – the Baroque style and bel canto are delightfully combined. The CD immediately entered the German classical charts at number 2. His CD In Search of Mozart recorded with Claudio Abbado and the Mahler Chamber Orchestra made it to the top of the German classical charts. New Seasons presents music by Handel in a stunning new light. In August 2008, the album In Venice was released by Decca, featuring Baroque oboe concertos by Venetian composers. Voices of Bach, featuring works of J.S. Bach for oboe, choir and orchestra, was issued in autumn 2009. In 2010 Deutsche Grammophon released his collaboration with the young Austrian percussionist Martin Grubinger entitled Drums ’n’ Chants, and his album of music by Debussy, Ravel, Satie, Fauré, D´Indy and Françaix – Bonjour Paris! – appeared on Decca in January 2011.
Albrecht Mayer was awarded the E.T.A.-Hoffmann Prize by his hometown of Bamberg, Germany, in December 2006. Furthermore, for the third time he was awarded the Echo Prize by the German Phono-Akademie this year; in 2008 he won in the category “Best Music DVD Production”, in 2004 and 2010 he was voted “Instrumentalist of the Year”.
Albrecht Mayer plays a Buffet Crampon Green Line oboe and an oboe d’amore by Mönnig.
The King's Singers
One of the world's most celebrated vocal ensembles, The King's Singers have a packed schedule of concerts, recordings, media and education work that spans the globe. Instantly recognisable for their spot-on intonation, impeccable vocal blend, flawless articulation of the text and incisive timing, they are also consummate entertainers: a class act with a delightfully British wit. During the 2013-2014 concert season, The King’s Singers perform across the globe in some of the world’s most famous venues. Their concert schedule will take them to the United States, Russia, China, South Korea, Hong Kong, Australia, New Zealand, Germany, France, Italy, Sweden, Spain, The Netherlands, Belgium, Latvia, Hungary and Poland.
Launched in autumn 2013 at the Royal Albert Hall (London), new studio recording and live performance project “Great American Songbook” includes seventeen brand new arrangements written specifically for the group by Alexander L’Estrange. With a discography of over 150 recordings, The King’s Singers have garnered both awards and significant critical acclaim, including a Grammy® for their studio album “Simple Gifts” on Signum. In June 2013, the group’s contribution to classical recording was recognised when they were selected as one of only two vocal ensembles to join the Gramophone Hall of Fame, marking their influence and inspiration across the years. A new collaborative project sees the group work with oboist Albrecht Mayer for a disc of works on the theme of winter, released on Deutsche Grammophon.
Deeply committed to new choral music, they have commissioned over 200 works from prominent contemporary composers and choral luminaries, including Whitacre, Richard Rodney Bennett, Berio, Maxwell Davies, Ligeti, Lukaszewski, Penderecki, Rutter, Takemitsu and Tavener. The group are committed to maintaining and developing the international choral canon by commissioning new works from both young and established composers, with the 2013-2014 season seeing new works from both James MacMillan and Joanna Marsh.
The King’s Singers have an extraordinary history of television appearances. A favourite of The Mormon Tabernacle Choir, they performed with them for the Winter Olympics and appeared in their recent Christmas concert, which was broadcast on PBS across the US to a combined live audience of 80,000 and is available on DVD. Their televised performance at the BBC Proms in the Royal Albert Hall, London was awarded a Midem International Classical Award. In addition to their sell-out concerts worldwide, The King’s Singers share their artistry through numerous workshops and masterclasses, and by publishing prodigious quantities of sheet music: at present, they have over two million items in circulation through their publisher, Hal Leonard. Their arrangements are sung the world over by school and college choirs, and by ensembles both amateur and professional.

Booklet for Let It Snow!