There's a Place for Us Nadine Sierra 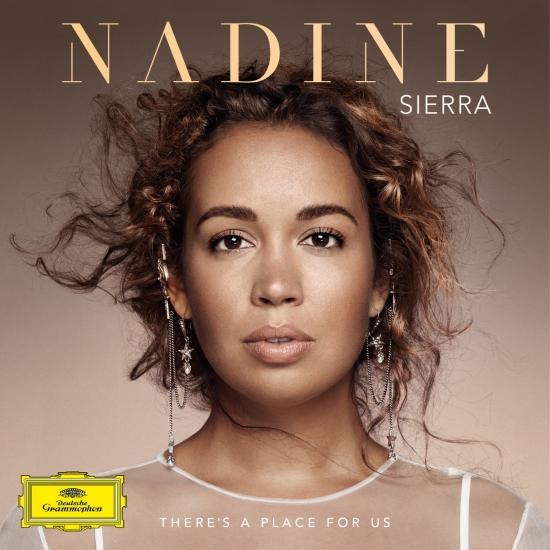 Info for There's a Place for Us 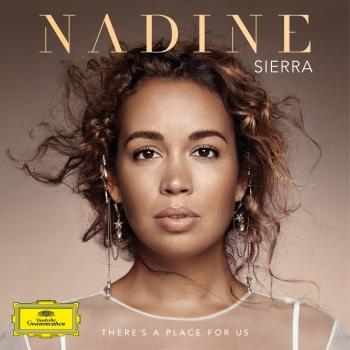 There's a Place for Us 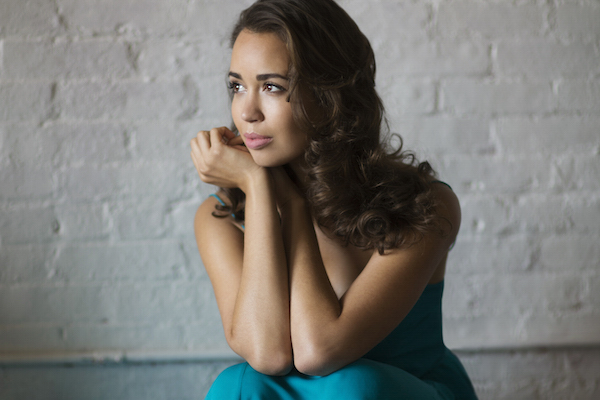 Nadine Sierra
Nadine Sierra stands tall among today’s finest young opera singers. The American soprano, who has won acclaim from critics and audiences alike for performances with many of the world’s leading opera companies, has now been named winner of the 2018 Beverly Sills Artist Award for young singers at the Metropolitan Opera. The $50,000 award, the largest of its kind in the United States, is given to extraordinarily gifted artists between the ages of 25 and 40 who have already appeared in featured solo roles at the Met. Sierra first performed there in 2015, as Gilda in Rigoletto, a debut hailed as “beguiling” by the New York Classical Review: “She sings with remarkable ease, no matter where she is in her range or what effect she is trying to achieve.”
Her rising-star status was confirmed when she was named the 2017 winner of the prestigious Richard Tucker Music Award – one of the opera world’s foremost prizes for emerging vocal talent – and underlined soon afterwards when she signed an exclusive contract to record for Deutsche Grammophon and Decca Gold. Her debut album, There’s a Place for Us, is scheduled for release in August 2018 and includes songs and arias by Leonard Bernstein, Stephen Foster, Douglas Moore, Igor Stravinsky and Heitor Villa-Lobos, as well as works by Ricky Ian Gordon, Osvaldo Golijov and Christopher Theofanidis.
After having appeared in the Richard Tucker Gala at Carnegie Hall in December 2017, she returned to the Met at the end of the month for the start of an acclaimed run as Susanna in Le nozze di Figaro. Other recent and forthcoming highlights include Bernstein’s Symphony No.3 Kaddish conducted by Sir Antonio Pappano with the Accademia di Santa Cecilia in Rome, her role debut as Nannetta in Verdi’s Falstaff conducted by Daniel Barenboim at the Berlin Staatsoper, and Norina in Donizetti’s Don Pasquale for the Paris Opéra. This summer she will perform repertoire from There’s a Place for Us at the major US festivals, including an appearance at the Tanglewood All-Star Gala on 25 August 2018 (Bernstein’s birthday), which is set to be screened by PBS and other international broadcasters.
Nadine Sierra, born in Fort Lauderdale, Florida in 1988, was six when her mother borrowed a video of La bohème from the local library. Young Nadine loved it so much that the family still has the tape! Her passion for opera was fuelled by stories of her Portuguese maternal grandmother, a gifted singer whose father discouraged her from becoming a professional performer. “Ever since I was a child, I have had this love affair with opera that keeps growing as I get older,” she notes.
Early training as a swimmer supplied Nadine with her formidable breath control as a singer. She joined the chorus of Palm Beach Opera at the age of 14, and won hearts across the United States the following year when she performed Puccini’s “O mio babbino caro” on National Public Radio’s From the Top talent show. The 16-year-old soprano made her solo debut with Palm Beach Opera as the Sandman in Humperdinck’s Hänsel und Gretel. After graduating from high school, she enrolled at the Mannes College of Music in New York City and also studied at Music Academy of the West, in 2007 becoming the youngest singer ever to win the Marilyn Horne Foundation Award. Two years later, on Horne’s advice, she entered the Metropolitan Opera National Council Auditions and won – the youngest soprano ever to do so.
The story of Sierra’s career so far charts her remarkable rise from promising newcomer to diva in demand. She joined San Francisco Opera’s renowned Adler Program in 2011, gaining invaluable professional experience in a succession of roles for the company. Global recognition followed in 2013 when, within the space of ten months, she won the Veronica Dunne, Montserrat Caballé and Neue Stimmen international singing competitions. Her concert credits include performances with the Cleveland Orchestra, the Chicago Symphony Orchestra and the San Francisco Symphony Orchestra. She joined the Orchestre national de Paris and Valery Gergiev in July 2017 for a televised open-air concert in Paris, celebrating Bastille Day with arias and duets by Puccini and Delibes on the Champ de Mars.
Verdi’s Gilda supplied the ideal vehicle for Sierra’s debuts at Seattle Opera, Florida Grand Opera, the Teatro San Carlo in Naples and the Metropolitan Opera. Sierra made headline news with her La Scala debut, performing Gilda to the veteran baritone Leo Nucci’s Rigoletto. On opening night in January 2016, prompted by the audience, the pair broke with a house tradition dating from Toscanini’s time as music director to encore the duet “Sì, vendetta”. Gilda, notes Sierra, is a young heroine of opera. “And that’s what I want to be in my life – a heroine for young girls and women aspiring to be strong and powerful.”
She is achieving that goal not only through her performances, but through her involvement in social media, a world that feels like a haven to her. “I love that I can be one thing on stage and totally another thing, more uniquely me, through my social media outlets,” she says. “I think it gives me a more direct communication with people who are interested in opera and classical music. I want these artforms to inspire others as they first inspired me when I was a child. If I can create that inspiration for someone watching me through social media, then I feel I’ve done my job.” (6/2018)