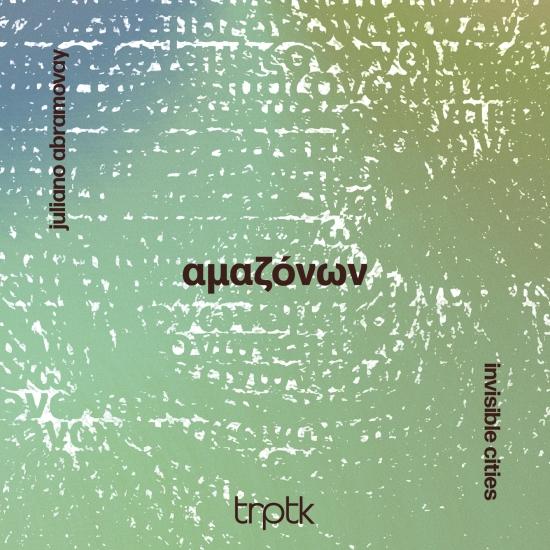 With his ensemble Amazonon and the Gandhaya project, Juliano Abramovay is looking for a synthesis of Brazilian music and Mediterranean tradition. For Amazonon, he has put together a special ensemble with lyra, bass clarinet and percussion. The lilting-sounding lyra is also known as 'kemenche' and is a string instrument that is mainly found in Greece and Turkey. A line-up that results in a unique group sound, which cannot be compared to anything else. The name Amazonon simultaneously refers to Greek mythology and the Amazon rainforest.
The album is a fine mix of original pieces and repertoire by leading composers of today: John Zorn, Ralph Towner, Rabih Abou Khalil and the Greek Chrysanthi Gkika. The title 'Invisible Cities' refers to the book of the same name by Italo Calvino, in which, among other things, an imaginary meeting takes place between world traveller Marco Polo and the Mongolian ruler Dzhengis Kahn. A historical moment in which east and west came together.
This connecting vision can be found in Amazonon's music, which is never obtrusive but constantly gives the listener space. "Listen to the sounds you hear and let your thoughts run free," says Juliano Abramovay. "For me it was also extra special to find a moment for my music in the time of the Corona pandemic, when everything seemed to stand still. I hope that we can give many concerts with this programme and offer listeners a contemplative moment. Finally, I am also very proud of the beautiful artwork of our album, created by Brazilian artist Maria Cau Levy."
Juliano Abramovay, artistic direction, guitar, oud, fretless guitar
Chrysanti Gkika, lyra, soprano lyra
Massimiliano Dosoli, bass clarinet
Daniel de Boer, double bass, electric bass
Jacobus Thiele, percussion 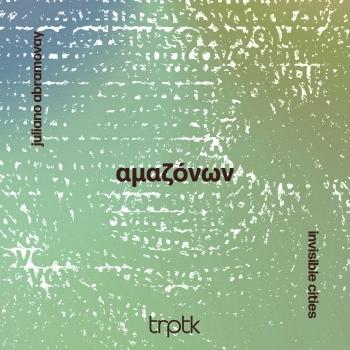 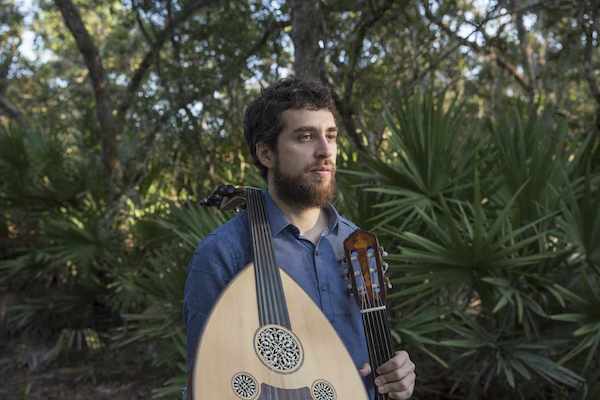