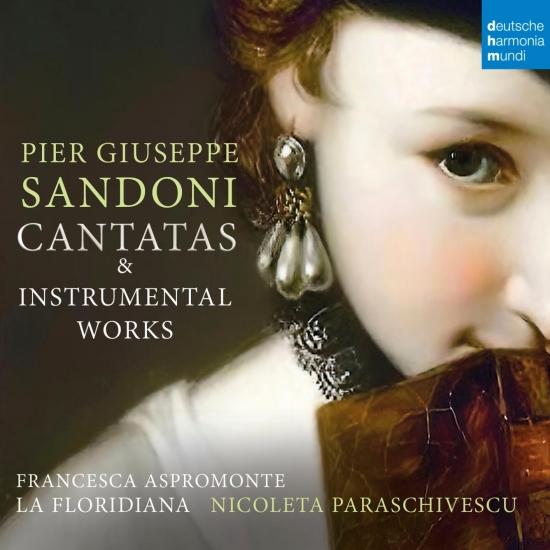 A real discovery from the curious ensemble La Floridiana: cantatas and instrumental works Pier Giuseppe Sandoni, all world premiere recordings and a surprise: what was previously attributed to Johann Sebastian Bach, actually comes from - exactly: Sandoni.
An album of premieres of interesting Baroque works, dedicated to a composer who was a much sought-after composer and highly appreciated virtuoso on the harpsichord in Handel's time. We are talking about the Italian Baroque composer Pier Giuseppe Sandoni, who was known in his time not only as Handel's assistant and extremely virtuoso harpsichordist, but also as the husband of the famous prima donna Francesca Cuzzoni (1696-1778), for whom he wrote numerous arias. Despite their quality, Sandoni's works have fallen into oblivion; only a few of them have been edited, and the few that have survived lie only in manuscript in various European libraries.
Thanks to the ingenuity of Nicoleta Paraschivescu, leader of the Swiss ensemble La Floridiana, works by Sandoni can now be heard in a new recording. The album contains, of course, pieces for harpsichord solo like the "Suite in G minor" or the "Ciaccona for harpsichord in A major", but also instrumental pieces for ensemble like the "Sonata a Trè" for two violins and basso continuo in E minor. The cantatas "Dimmi crudel," "Chi s'intende d'amar," and "Del timor d'un cor geloso" heard on this album may have been written by Sandoni especially for his wife. In the case of this recording, they are sung by the excellent soprano Francesca Aspromonte.
Francesca Aspromonte, soprano
La Floridiana
Nicoleta Paraschivescu, harpsichord, musical direction 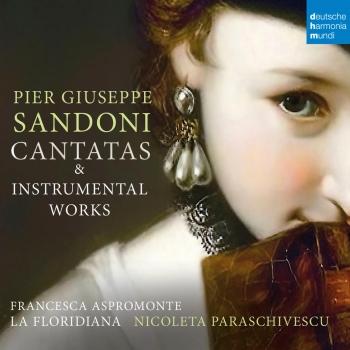 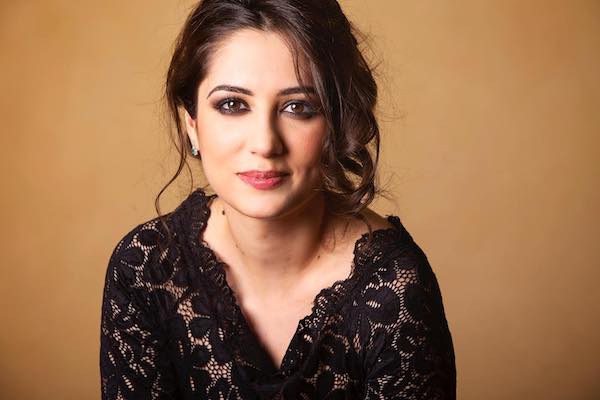 Francesca Aspromonte
rapidly established herself as one of the most interesting sopranos for the baroque and classical repertoire. After her studies in piano and harpsichord, she completed her opera singing studies with distinction at the Mozarteum Salzburg under the guidance of Boris Bakow. She has been one of Renata Scotto’s students at Accademia Nazionale di Santa Cecilia.
Francesca has performed in such venues as Carnegie Hall, Teatro La Fenice, Theatre de Champs Elysees, Grand Hall of the Moscow Conservatory, Zaryadye Hall, Opéra Royal de Versailles, Royal Albert Hall, Barbican Centre, Wigmore Hall, Wiener Musikverein, Theatre an der Wien, Wiener Konzerthaus, Fundaçao Gulbenkian in Lisbon, Teatro Real de Madrid.
She sang with renowned conductors such as Zubin Metha John Eliot Gardiner, Ivor Bolton, Christophe Rousset, Diego Fasolis, Ottavio Dantone, Giovanni Antonini, Maxim Emelyanichev, Enrico Onofri, Leonardo García Alarcón, Raphaël Pichon, Stefano Montanari, Alessandro Quarta, Gustavo Gimeno.
Among her past engagements, it’s worth mentioning: title role in Cavalli’s Erismena at the Festival d’Aix en Provence; title role in Hasse’s Semele at the Innsbrucker Festwochen; Almirena in Rinaldo with Accademia Bizantina; Euridice in Luigi Rossi’s L’Orfeo with Pygmalion; title role in Caldara’s Dafne in Teatro la Fenice; Deidamia in Corselli’s Achille in Sciro at Teatro Real de Madrid with Ivor Bolton; Angelica in Vivaldi’s Orlando furioso at Teatro La Fenice; La Musica and Messaggiera in Monteverdi’s Orfeo at the 2015 BBC Proms; title role in Caldara’s La Maddalena ai piedi di Cristo in Prague with Collegium 1704; title role in Porpora’s Iole at the Bremen Musikfest; title role in Haendel's Acis&Galatea in Moscow, Marzelline in Beethoven's Fidelio with Zubin Metha in Florence, plus numerous recitals dedicated to sacred, operatic or chamber music repertoire.
Francesca recorded for Deutsche Grammophon, Sony DHM, Alpha Classics, Christophorus, Harmonia Mundi, Ricercare, HDB Sonus.
She signed an exclusive recording engagement with Pentatone Music. Her debut album “Prologue” (a selection of 17th century operatic prologues, from Monteverdi to Scarlatti) with Il Pomo d’oro ensemble and Enrico Onofri, has been worldwide critically acclaimed.
​ Released in November 2021, her second album for Pentatone "Maria&Maddalena" portraits the Two Maries trough early 18th century oratorios by Bononcini, Scarlatti, Haendel, Lulier and others, together with violinist Boris Begelman and I Barocchisti under the baton of Diego Fasolis. ​
Since 2019 Francesca teaches interpretation of the Italian baroque repertoire at the Royal Conservatory of The Hague.
La Floridiana
The ensemble La Floridiana performs mainly unknown works discovered in libraries and private collections, with the aim of expanding the common repertoire of the early music scene with new works. The artistic focus of La Floridiana is the rich heritage of Neapolitan musical culture and its strong influence on 18th century music.
The ensemble, founded by harpsichordist and organist Nicoleta Paraschivescu in 2011, performs with different instrumentation depending on the program.
The debut CD Il Primo Amore with Nuria Rial was released in 2012 on the SONY label and was highly praised and awarded by the press. The second CD, with works by Marianna Martines and Anna Bonitatibus, was nominated for the ICMA in 2016.
It has participated in prestigious festivals (Forum Early Music Zurich, Rencontres Musicales de la Vallée de l'Alzette Luxembourg, Palau de la Mùsica Catalana, Barcelona). Radio live recordings have been broadcast on SRF, Radio Catalunya, Radio Romania Muzical. The name is derived from the Villa Floridiana, which King Ferdinand IV had built as a magnificent summer residence on a hill overlooking Naples.
Nicoleta Paraschivescu
teaches organ at the Music Academy Basel (AMS) and is organist at the Theodorskirche in Basel (Kern organ, 1983).
She is a 2016 laureate of the hibou foundation and received her PhD from Leiden University (NL) in 2015. She is also a former Rotary International - Scholar and winner of the international competition Prix Joseph Bossard 2010 (CH).
She studied organ at the Gheorghe Dima Conservatory in Cluj-Napoca with Ursula Philippi. She then extended her education with studies and diploma in Early Music at the Schola Cantorum Basiliensis in organ with Jean-Claude Zehnder and harpsichord with Andrea Marcon. At the Staatliche Hochschule für Musik und Darstellende Kunst in Stuttgart, she successfully completed her postgraduate artistic studies with Prof. Jon Laukvik. She received further groundbreaking musical impulses from Enrico Baiano in Naples. She is the leader of the ensemble La Floridiana, with whom she has recorded two CDs for the SONY label (dhm) with world premiere recordings of Haydn's pupil Marianna Martines (1744-1812). "La Tempesta", the CD with late works by Martines, was nominated for the ICMA in 2016.
Concerts have taken her to various countries in Europe and to prestigious festivals. She can also be heard in numerous co-productions and radio recordings. Her latest CD "Partimenti napoletani" was released in 2018 by SONY (dhm). In early 2019, her book "Die Partimenti Giovanni Paisiellos: Wege zu einem praxisbezogenen Verständnis" was published in the Scripta series of the Schola Cantorum Basiliensis (Schwabe Verlag).