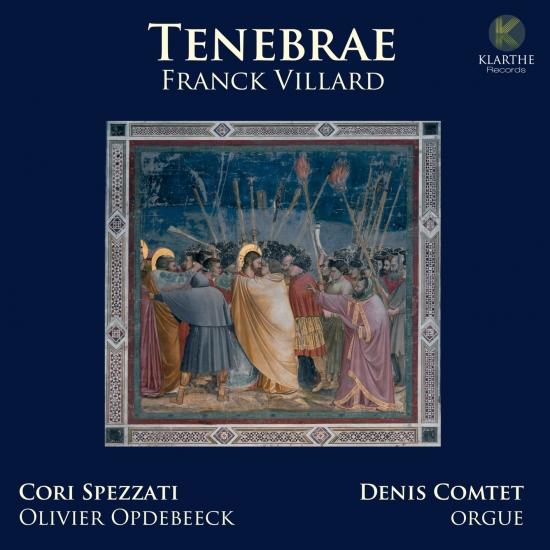 This first recording devoted to Franck Villard, composer and conductor born in 1966, brings together works for choir and organ in a programme built in the shape of an arch around the choral cycle Ténèbres du Jeudi Saint. With his stripped-down style, Franck Villard is close to the spirit of Tomas-Luis de Victoria, but also to that of Francis Poulenc. In a contemporary language that does not shy away from making reference to the past, he takes up the liturgical alternation between monody and polyphony: Jeremiah's Lamentations - or Lessons - are in the prolongation of Gregorian cantillation, while the Reponses adopt a strict four-part writing style. The interpretation of these Ténèbres du Jeudi Saint has been the subject of a long process of maturation between the Ensemble Vocal Cori Spezzati, its conductor Olivier Opdebeeck and Franck Villard himself, who was also the artistic director of the recording.
Framing this choral cycle, two pieces for solo organ performed by Denis Comtet at the Saint-François-Xavier organ loft in Paris reveal another facet of the composer's language, which places great emphasis on instrumental virtuosity.
Cori Spezzati
Olivier Opdebeeck, conductor
Denis Comtet, organ 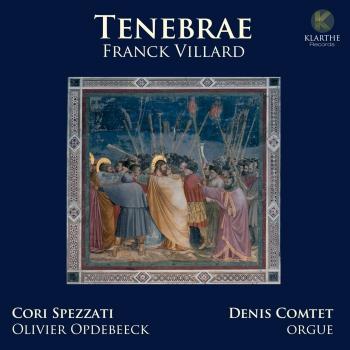 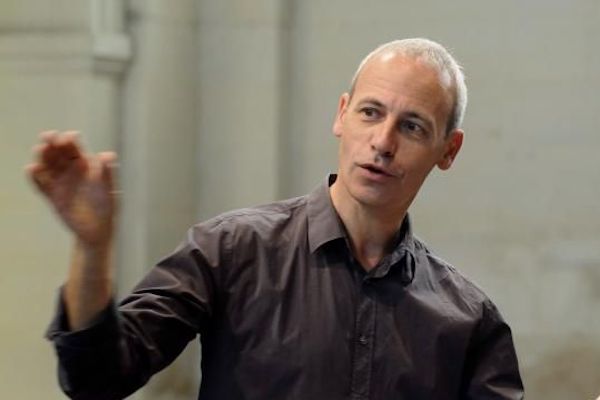 Olivier Opdebeeck
The orchestral and choral conductor Olivier Opdebeeck works as an artist and pedagogue in music ranging from the Renaissance to the present day.
Whether in sacred music or works for the theatre, his approach to the score is always based on curiosity and passion. He tries to understand the meaning of the works, studies philology in relation to the scores, and offers coherent programmes. He loves to combine music with other arts.
His eclecticism is obvious in his professional career. He has worked with the Centre d'Art Polyphonique de Paris, the Théâtre Ecole Florent, the Ecole de l'Opéra de Paris, the Chorale Vittoria, the Maîtrise d'Argenteuil, the Petits Chanteurs à la Croix de Bois, the Atelier Choral du Val d'Oise, the Choeur de Chambre de Namur and of course the Cori Spezzati and the Olivier Opdebeeck Ensemble.
He has conducted concerts in Japan, Lebanon, Tunisia, Switzerland, The Netherlands, Belgium, and of course in France, where he has been invited to perform at many festivals and French musical institutions. He has recorded in particular Palestrina, Lassus, Legrenzi, Grétry, Mernier. In 1987, he created Cori Spezzati to promote unpublished baroque music works, especially Venitian.
Since January 2003, Olivier Opdebeeck heads the Maîtrise de Caen (30 children and 10 adults) and conducts about fifty concerts a year, in France and abroad.
Cori Spezzati
Founded by Olivier Opdebeeck in 1987, Cori Spezzati is an Ensemble made up of 20 to 24 singers. The name of the Ensemble, which literally means "separated choirs", refers to Venetian double choral practices. It is thus mostly unpublished Venetian works that the choir devotes itself to, but it also regularly explores other repertoires.
Each production is the result of thorough musicological research (using unpublished scores and revised editions). The works are reset in their liturgical or poetic context, and some projects are given original staging. Among the Venitian composers in their repertoire : Willaert, Monteverdi, Cavalli, Legrenzi, Vivaldi, Caldara, Marcello. The Ensemble also sings Bach, Bouzignac, Lassus, Palestrina, Purcell, Händel, Mozart, Schumann, Mendelssohn or, closer to our time, Ton de Leeuw.
Cori Spezzati have recorded several CDs dedicated to the work of Palestrina, Lassus, Bizet, Auber et Meyebeer (productions of the Théâtre Impérial de Compiègne). In summer 2001, they made the world's first recording of Giovanni Legrenzi's Missa Opus 1, and then in 2003 the first recording of Vespers from the same opus (ARION Pierre Verany).
More recently, Cori Spezzati with Marie-Ange Leurent made the first world recording of the "Messe opus 11 in E flat minor", by Alexandre Guilmant (Triton records).
Another CD "L'art des cori spezzati" (Petit Label), made of Venetian works for multiple choirs, a good panel of pieces in the Ensemble's favorite configuration: in separate choirs.
The complete list of recordings...
Festivals in which Cori Spezzati have taken part include: Festival d'Art Sacré, du Périgord Noir, Autour de la voix (Argenteuil), Festival de la Nièvre, de Saint Loup de Naud, des Grands Crus de Bourgogne, d'Art Sacré de Montpellier, du Musée des Armées, du Centre Wallonie-Bruxelles, Jeux d'Orgues en Yvelines, Festival d'Art Sacré de Champeaux, Promenades musicales en pays d'Auge, Contrepoints 62, Musiques en Bessin, Flâneries Musicales de Reims...