Eat The Elephant A Perfect Circle 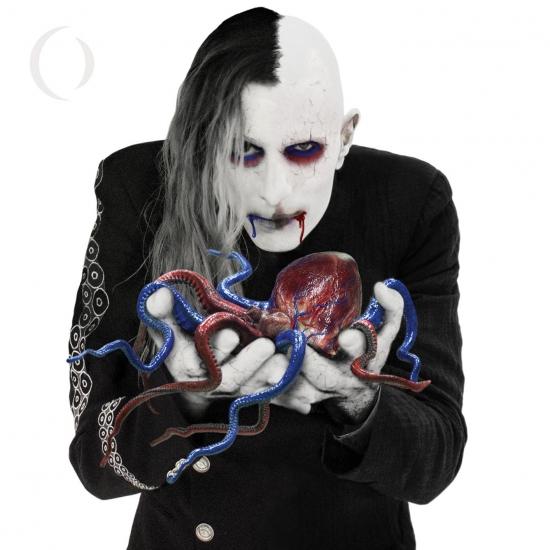 Info for Eat The Elephant

Fourteen years after being cryogenically frozen as part of an experimental partnership between the Rock n' Roll Hall of Fame and Dairy Queen, guitarist Billy Howerdel has been successfully reanimated. He has since reunited with his band A Perfect Circle, ready for their massively anticipated new album, 'Eat the Elephant!'
"It was really relaxing," said Howerdel of his decade-plus spent suspended in cryopreservation. "You know, not having to respond to fan mail or write songs or eat or pee or do anything really."
Maynard James Keenan, vocalist and co-writer for A Perfect Circle, was on hand for Howerdel's unfreezing ceremony at the Dairy Queen in Wickenburg, AZ. The musician noted that while it was wonderful to have his bandmate back at 98.6 degrees Fahrenheit again, helping him acclimate to life in 2018 has been challenging. "When he heard that Prince, David Bowie and Amy Winehouse all died, but Creed and the guys from 3 Doors Down are still around, I didn't think he was going to recover," said Keenan, who in addition to singing with a Perfect Circle, also fronts the bands Tool and Puscifer. "He was a big fan of Surreal Life and The Apprentice, too, and, well, I just don't have the heart to tell him what the hell happened there."
Howerdel believes Eat the Elephant may well be A Perfect Circle's finest work to date. "We hope the established rock critics at the major magazines and newspapers really embrace this album," he said. "It'd be great to get a mention in SPIN or Blender, but let's face it, when it comes to reaching fans — especially teenagers — nothing is more important than the opinions of middle-aged white men at our nation's great newspapers. That happens, and this CD will be flying off the shelves at Tower Records and Sam Goody!"
Howerdel added that in addition to print media, the band plans to heavily promote Eat the Elephant on its MySpace page.
"We haven't told him about any of that stuff yet either," added Keenan, who has also secretly pursued a career as beloved electro-crossover sensation Moby. "You have to do it in stages or he gets overwhelmed. How do you explain that every entitled idiot with an iPhone now has the power to immediately express their uninformed mean-spirited opinions under the banner of 'journalism'? "What's an iPhone?" asked Howerdel.
With a title like Eat The Elephant, A Perfect Circle's new record has clear political overtones that Keenan admits could stir up controversy. It's something he's all too familiar with — back in 2003, when he was fronting the Dixie Chicks as his alter ego Natalie Maines, Keenan landed in hot water after making disparaging remarks about President Bush. "Boy, was I ever wrong about that guy," he said, shaking his head. "What I wouldn't give to have ol' W back in the White House right now."
Maynard James Keenan, vocals
Billy Howerdel, lead guitar
James Iha, rhythm guitar
Matt McJunkins, bass
Jeff Friedl, drums
Produced by Dave Sardy 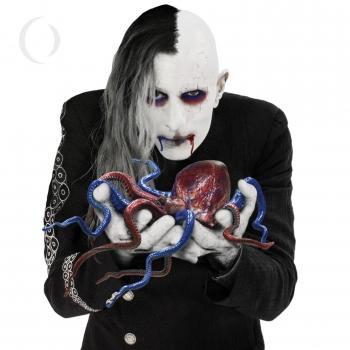 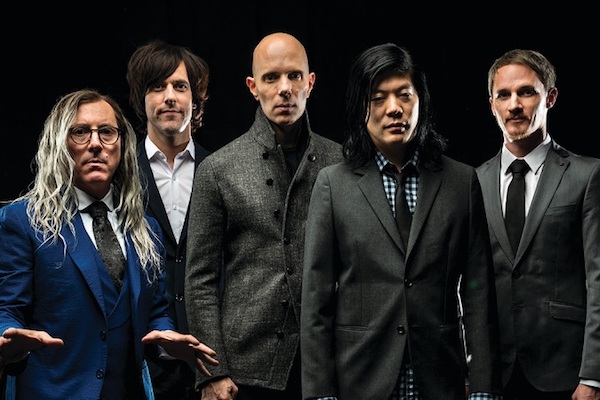 A Perfect Circle
A Perfect Circle formed in 1999 with principal members Billy Howerdel (Ashes Divide) and Maynard James Keenan (Tool, Puscifer), rounded out by a fluid line-up that is free to shift with each ensuing album. The band's 2000 debut, Mer de Noms, found Howerdel and Keenan joined by drummer Josh Freese, Troy Van Leeuwen (Queens of the Stone Age, Sweethead) and Paz Lenchantin (Zwan). A Perfect Circle released Thirteenth Step in 2003, featuring the band's biggest single to date "Weak and Powerless." Joining Howerdel, Keenan and Freese for the remainder of the first wave of A Perfect Circle albums and tours were Jeordie White (aka Twiggy from Marilyn Manson) and James Iha (Smashing Pumpkins). The band's third release, eMOTIVe, arrived in November of 2004 and boasted a wide-ranging collection of covers which reflected the year's political climate (John Lennon's "Imagine," Marvin Gaye's "What's Going On" and Devo's "Freedom Of Choice" were among the songs included) as well as a pair of original songs penned by Howerdel and Keenan (with a co-writing credit for "Passive" going to Nine Inch Nails' Trent Reznor). A self-imposed hiatus ensued shortly thereafter and lasted until the fall of 2010 when A Perfect Circle announced fourteen live dates (all sold out in under one minute) in the Western U.S and a performance on Jimmy Kimmel Live. The band followed with a sold out North American tour in the summer of 2011 with performances at Lollapalooza, and a 2013 Australian and South American outing. In early 2017, A Perfect Circle returned, announcing work on a new album and a North American tour, which again, sold out within minutes and included a the outfit’s debut Hollywood Bowl performance. A Perfect Circle's current line-up is Howerdel, Keenan, Iha, Jeff Friedl (The Beta Machine, Devo) and Matt McJunkins (Eagles of Death Metal, The Beta Machine).