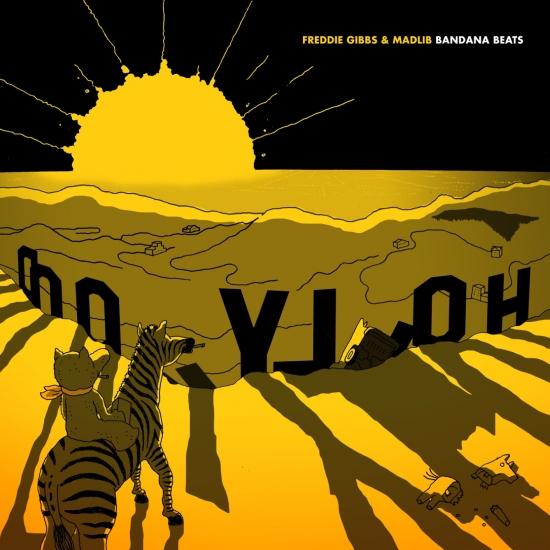 Producer Madlib and rapper Freddie Gibbs are releasing an instrumental version of their 2019 Bandana album. Madlib, the prolific producer and adept sampler with a record collection spanning all genres and eras and Freddie Gibbs, the gravel-voiced braggadocios rapper, a vocal athlete. As a pair, they exude a natural chemistry and craft an alchemical music. Reunited after their widely celebrated 2014 album Piñata, Gibbs and Madlib are back with Bandana, a brand new collaboration for 2019. Bandana includes first single, “Flat Tummy Tea,” which received critical praise upon release from the likes of Rolling Stone, Billboard, Vulture, Pitchfork, FADER, GQ, and more. The album will also include features from Pusha T, Killer Mike, Yasiin Bey, and Black Thought and more.
Freddie Gibbs & Madlib 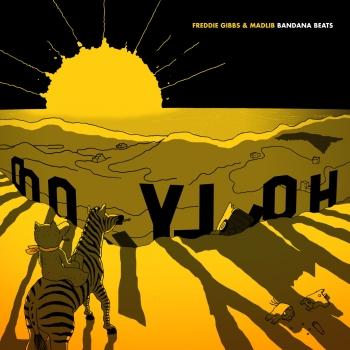 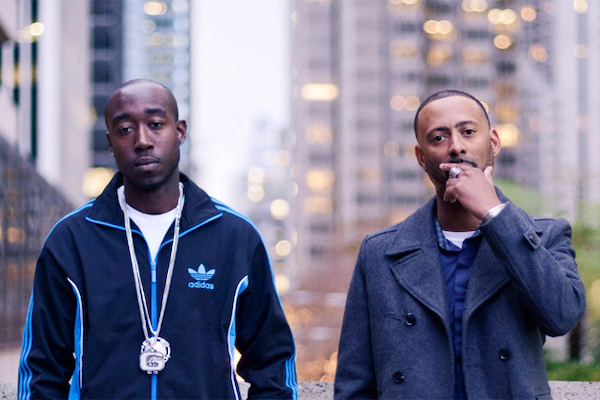 Freddie Gibbs
Rising young rapper Freddie Gibbs is set for another big year, touring the country with Tech N9ne and putting the final touches on his second studio full-length. At his 2013 shows, Gibbs continued to display the same lyric al virtuosity and precision he's become known for, hyping up crowds with electric performances of fan-favorites like "BFK" and "No Bottles." With more than ten mixtapes under his belt, Gibbs has plenty of material to draw from for his 2014 tour dates, where he'll perform his biggest hits alongside deep cuts from his catalog.
Hailing from Gary, Indiana, Gibbs' demos caught the attention of Interscope execs in the mid-'00s, prompting a brief 2006 move to LA for the recording of his first album. The record was shelved after a management shakeup at the label the following year, but Gibbs was undeterred, continuing to release mixtapes in Atlanta before returning to Los Angeles to record more music. Self-released efforts like 2009's midwestgangstaboxframecadillacmuzik and 2010’s Str8 Killa EP continued to bolster his reputation, earning him some high-profile supporters and paving the way for his 2013 full-length debut ESGN (Evil Seeds Grow Naturally). With sophomore album Eastside Slim due out in 2014, Gibbs is poised to capitalize on the heap of buzz he's generated with his decade-long run of rock-solid releases.
Freddie Gibbs and Madlib have announced that  their forthcoming new album Bandana will be released as a partnership between Keep Cool/RCA Records & Madlib Invazion/ESGN.
The duo first connected on their 2014 universally-acclaimed collaborative album Piñata, which was celebrated on the street and by critics; it landed on numerous year-end lists including Billboard, FACT, Pitchfork, and SPIN. The new single picks up where their first album left off, as Madlib chops up vintage samples into a complex soundscape that only a lyricist of Freddie’s caliber could match in flow and tenacity.
The duo’s seamless collaboration juxtaposes two giant talents: Madlib,the prolific producer with a record collection from all genres and eras, an adept sampler, peer to the late J Dilla (his collaborator on Champion Sound and his musical soulmate), foil for DOOM, hip hop’s Charlie Parker, with whom he created the landmark album Madvillainy. Freddie Gibbs, the gravel-voiced braggadocios rapper, a vocal athlete, a star-on-the-rise knocked off course who refused to give up and has since offered some of the most compelling rap music in the part ten years.
On Piñata, Madlib offered Gibbs, then a gritty street rapper from Gary, Indiana, a chance to expand his captivating storytelling, giving him the dramatic backgrounds for his brutally-honest, soul-scraping lyrics. As a pair, Freddie and Madlib exude a natural chemistry and craft an alchemical music, appealing to everyone on the hip-hop spectrum.