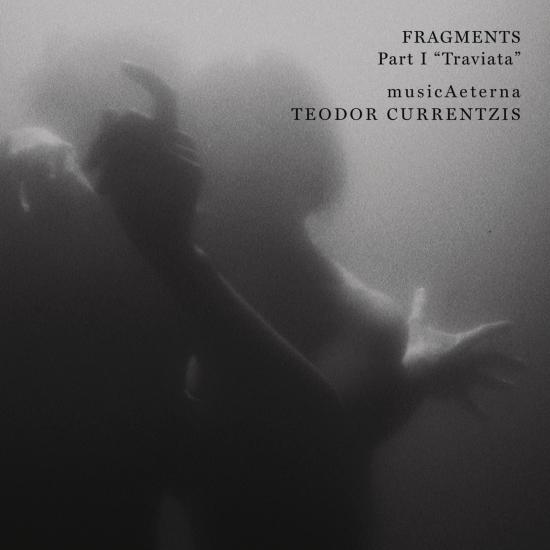 Info for Fragments Part I - "Traviata"

The ‘Fragments’ project features a series of iconic opera scenes recorded during lockdown at musicAeterna’s home residence, Dom Radio in St Petersburg. With their signature perfectionism and dedication, Teodor Currentzis and the musicians have spent many hours rehearsing and recording in the studio in order to capture the true expressiveness of the performed masterpieces.
Each of the recorded scenes will get its own visualization by various filmmakers who will create videos that reflect the concepts behind the music.
The first recording in the series is taken from Giuseppe Verdi’s La Traviata and is made in collaboration with NOIR Films (St Petersburg), a team of video artists that specialises in experimental films and video art. Fragments Part I ‘Traviata’ will be released on December 4, 2020. The subsequent releases will be announced during 2021.
Opera is one of the most powerful genres of music in terms of its impact on the audience, and at the same time it is one of the most vulnerable. The stages of most opera houses around the world currently stand empty. However, the pandemic has highlighted the fragility that has always been an integral feature of the genre, which is dependent on a large number of people and circumstances.
Teodor Currentzis, Artistic Director of musicAeterna: This is a project that I’ve been dreaming about for a long time […] to make opera when there is plenty of time to make exactly the music I want to; to only care about the true essence of the piece and not about how to make it hectically in three days. So, we grabbed the opportunity and decided to creatively use this difficult period of time that we are all going through […] while opera houses are closed […] This seemed to be the right time to reconsider the approach of making music in a manner that would allow us to finally reach the inner layer of the musical text. This project will be a compilation of fragments, scenes from different operas. We aim to restore the wasted beauty, the abundance of flavours and colours that have been sacrificed on the altar of the mainstream and the music industry.”
To begin the series, musicAeterna, conducted by Teodor Currentzis, recorded the Prelude to Act III and Violetta’s famous aria ‘Addio del passato bei sogni ridenti’ from La Traviata. The aria is performed by Nadezhda Pavlova, a Russian soprano who came to international prominence after playing Violetta in collaboration with Robert Wilson and Teodor Currentzis in 2016 in a co-production with Perm Opera (Russia), Unlimited Performing Arts (Denmark), Landestheater Linz (Austria) and Théâtres de la Ville de Luxembourg (Luxembourg). Since then she has performed on major opera stages, including the Bolshoi Theatre, the Elbphilharmonie and the Lucerne Festival. Critics recognize the “beauty of the vocals and the brightness of the prima donna” (Der Standard), with the leading Swiss newspaper Neue Zürcher Zeitung highlighting her “extensive tessitura”. The parts of Annina and the doctor are performed by soloists of the musicAeterna choir, Yulia Sayfulmulyukova and Viktor Shapovalov.
Under their exclusive recording partnership with Sony Classical, Teodor Currentzis and musicAeterna have recorded all of Mozart’s Da Ponte operas, Tchaikovsky’s Sixth Symphony and Violin Concerto with Patricia Kopatchinskaja, Mahler’s Sixth Symphony and Stravinsky’s Rite of Spring, as well as Purcell’s The Indian Queen, a production realized with Peter Sellars and Teatro Real Madrid. Their latest recording of Beethoven’s Fifth Symphony, released in spring 2020, stands as an important contribution to the 250th-anniversary celebrations of Beethoven’s birth. Hailed by Welt am Sonntag as “the fifth for the 21st century” and by The Times as “one of those incendiary accounts that blows away the crust of familiarity to suggest anew the revolutionary force built into this master score”, it will be followed up in 2021 with their recording of Beethoven’s Seventh Symphony.
Teodor Currentzis 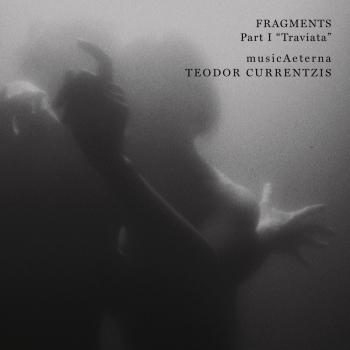