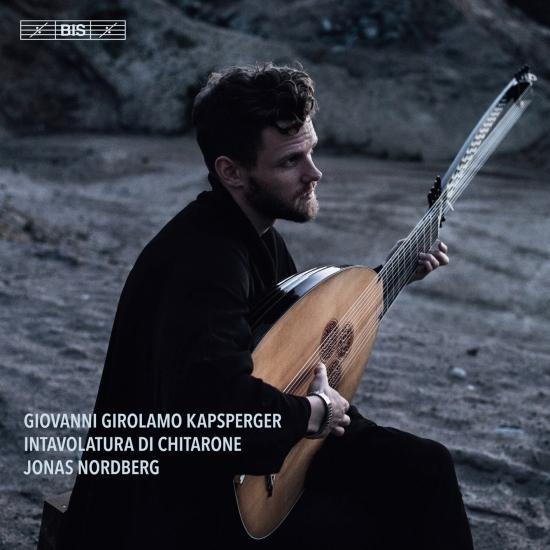 At the end of the 16th century, the pursuit of greater, more vivid expressivity dominated music-making all across Italy, taking madrigals and other vocal ensemble forms as its starting point but soon going on to explore the possibilities offered by solo singing. For some decades the theorbo (or chitarone, as it was also called) was regarded as the ideal instrument for accompanying singers, but as a leading exponent of the instrument Giovanni Girolamo Kapsperger soon also established it as a solo instrument in its own right. Of German descent, Kapsperger published his first book of solo pieces for the theorbo in 1604 and went on to enjoy a successful career in Rome, contributing to the monumental cultural programme of Pope Urban VIII. There he moved in intellectual circles, particularly that of the scientist Galileo Galilei. During the 1630s things became quiet for Kapsperger, possibly a side effect of Galilei’s conviction for heresy in 1633. Not until 1640 did his last known volume of theorbo pieces appear, the number four in its title indicating that two books have been lost. A particularly attractive aspect of Kapsperger’s music for the theorbo is the marked contrasts between dramatic and impetuous toccatas, straightforward, ‘no-nonsense’ passacaglias and rhythmically refined but simply constructed dance movements such as galliards. These are here all made to sound under the fingers of Jonas Nordberg, sought-after as soloist as well as ensemble musician, performing on a wide range of plucked instruments including the lute, guitar and theorbo. On BIS he has previously appeared on the acclaimed album Heroines with soprano Ruby Hughes and in chamber works with recorder player Dan Laurin.
Jonas Nordberg, theorbo 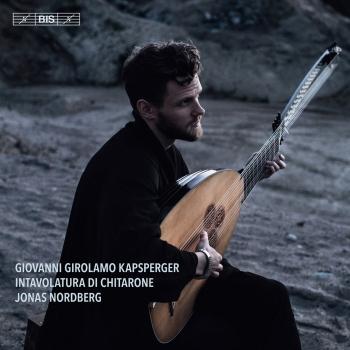 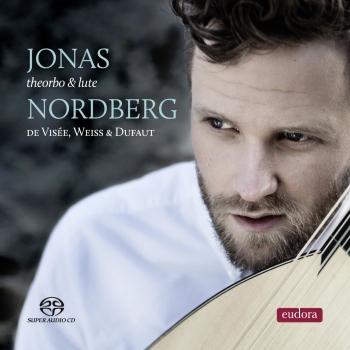 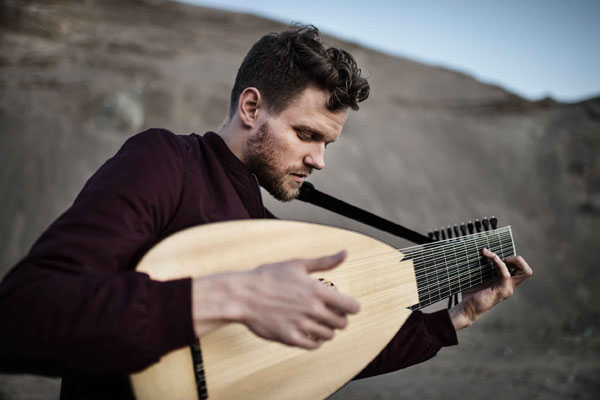 Jonas Nordberg
Swedish lutenist and guitarist Jonas Nordberg belongs to the new generation of exciting musicians in the field of plucked instruments. A graduate of the Mozarteum University Salzburg (MA Summa cum Laude 2011), he has an active schedule as a performing artist on lutes and guitars. Thereby his repertoire ranges from early renaissance lute music to contemporary soundscape explorations. In between we find solo repertoire for baroque lute, baroque guitar, early 19th century guitar and theorbo.
He has an extensive collaboration with choreographer Kenneth Kvarnström, resulting in several large scale stage works in recent years. The meeting between baroque music and contemporary dance gives the music a new dimension, a visual chamber music partner for the solo pieces and a way to communicate through physical gestures and impulses. In 2013 Nordberg and Kvarnström teamed up for a critically acclaimed duet, sofa(r), combining elements of dance, baroque music for lute and theorbo, electronic music and speech in a dark work exploring death. This also marked his debut as a dancer.
Nordberg has a strong interest in collaborating with singers and past colleagues include Susanne Rydén, Olle Persson, Ruby Hughes, Elin Rombo, Christina Larsson Malmberg, Lena-Susanne Norin and Christina Högman. He also works together with Operabyrån, co-creating the cutting edge stage work Love and the Courtesan (2013) together with Christina Larsson Malmberg (soprano), Catalina Langborn (baroque violin) and Karin Modigh (dance). It is a piece based on a libretto on the life of Barbara Strozzi including music by her and other female 17th century composers.
Venues and festivals the past seasons include Kammermusikfest Lockenhaus, Greenwich Early Music Festival, Stockholm Early Music Festival, Movimentos festwochen Wolfsburg, Herculessaal Residenz München, Mozarteum Salzburg, Malmö Opera, Kulturhuset Stadsteatern, Helsingfors Stadsteater, Salzburger Landestheater, Palladium Malmö, Concertgebouw Brügge, Theater Bonn Opernhaus, Grand Théatre Luxembourg, Vadstena Gamla Teater and Norrlandsoperan amongst several other concert halls and churches around Sweden and Europe.
He has recorded three albums for BIS Records with recorder player Dan Laurin, two of them to be released later this year. October 5th marks the release of his solo debut album for Eudora Records. His work has also been seen and heard on Swedish state television (SVT), BBC Radio, Sveriges Radio & Deutschlandfunk.