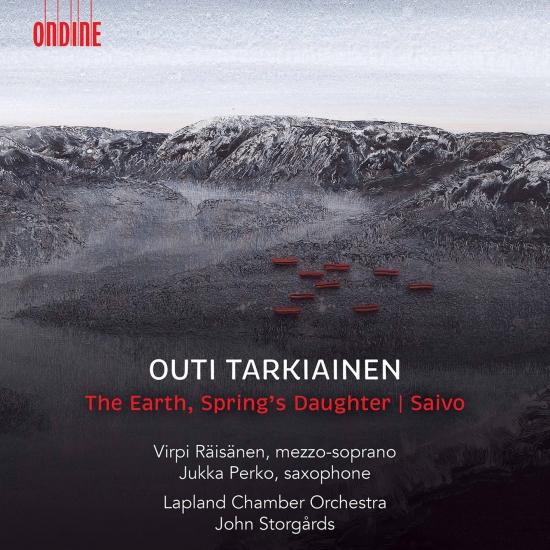 This new album by Lapland Chamber Orchestra conducted by John Storgårds is dedicated to works by one of the most exciting Finnish composers of her generation, Outi Tarkiainen (b. 1985). This album, first of its kind with Tarkiainen s orchestral works, includes two works with mezzo- soprano Virpi Räisänen and saxophonist Jukka Perko as soloists. Tarkiainen has quickly risen to Finland s contemporary music scene and her works have already been performed by the BBC Philharmonic (an orchestral work by her was premiered at the BBC Proms in 2019) and by several North American and Nordic symphony orchestras, including the Finnish Radio Symphony Orchestra, Iceland Symphony Orchestra and the Detroit Symphony Orchestra. Tarkiainen has written several works that are strongly connected to the Northern landscape of Lapland and the culture of its Sámi habitants. The song cycle The Earth, Spring s Daughter is based on texts by Sámi writers and also her saxophone concerto Saivo, is based on Sámi mythology.
Virpi Räisänen, mezzo-soprano
Jukka Perko, soprano saxophone
Lapland Chamber Orchestra
John Storgards, conductor 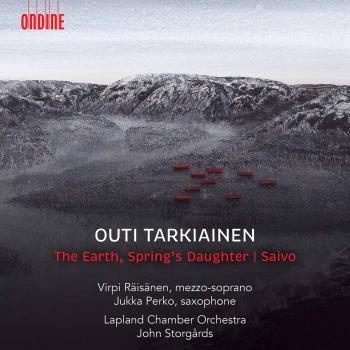 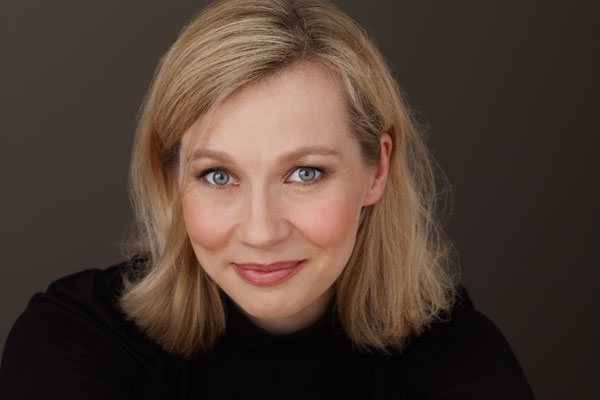 Virpi Räisänen
premiered Tarkiainen’s song cycle The Earth, Spring’s Daughter in 2016 together with Lapland Chamber Orchestra and John Storgårds. After her career change from a successful violinist to a concert and opera singer in 2009, Räisänen has appeared on the stages such as Milano La Scala, Salzburger Festspiele, Radio France’s Festival Présences, the Aix-en-Provence Festival, the Amsterdam Concertgebouw, Musashino Recital Hall in Tokyo, the Helsinki Music Centre, the Staatsoper Berlin, the Netherlands Opera and the Händel Festival Halle, Savonlinna Opera Festival and Finnish National Opera. Räisänen’s debut album The Legacy of Mahler was released by Ondine in 2012, and was followed by a recording of Luciano Berio’s Calmo with Finnish Radio Symphony Orchestra receiving a nomination for The Gramophone Award in 2015.
Tarkiainen’s saxophone concerto Saivo is dedicated to saxophonist Jukka Perko. Perko enjoys a versatile career as a musician. He was only a teenager when he played his way into the hearts of audiences in Pori Jazz Festival 1986 and the following year, he received an invitation to join the ranks of Dizzy Gillespie’s 70th Anniversary Big Band on tour. Besides jazz, Perko has also performed and recorded traditional Finnish music, spiritual hymns, film music and Finnish tangos. This album is the first international album to feature him as a soloist in a contemporary saxophone concerto.
The Lapland Chamber Orchestra
founded in 1972, is the northernmost professional chamber orchestra in Finland and in the entire EU. Based in Rovaniemi, the orchestra is a regional orchestra that regularly tours the Province of Lapland and elsewhere in Finland. The orchestra has made highly successful appearances at the Carintischer Sommer festival in Austria and at the BBC Proms in London. The orchestra has also toured Canada, Russia, Sweden, Denmark, Scotland, Hungary, Germany and Algeria. The Lapland Chamber Orchestra specialises in giving first performances in Finland of works by international composers from all eras and has also given the world premieres of works by several significant contemporary composers (including Kalevi Aho, Aulis Sallinen, Pehr Henrik Nordgren, Outi Tarkiainen and Bent Sørensen). The orchestra has collaborated with the BBC Philharmonic Orchestra and worked with numerous distinguished guest performers such as Soile Isokoski, Christian Tetzlaff, Barbara Hannigan, Håkan Hardenberger, Sabine Meyer and Kirill Gerstein.
John Storgårds
is particularly known for his innovative and pioneering programming. Storgårds began as the artistic director of the Lapland Chamber Orchestra in 1996. During his tenure the orchestra has lifted itself among the leading European chamber orchestras. Since 2012 Storgårds has been working outside of his native country first as Principal Guest Conductor and since 2018 as Chief Guest Conductor of the BBC Philharmonic Orchestra and Principal Guest Conductor of the Ottawa National Arts Center Orchestra (2015–). Between the years 2016 and 2019 Storgårds closely collaborated with the Munich Chamber Orchestra as Artistic Partner, also as soloist. Storgårds has also held posts with the Oulu Philharmonic Orchestra (1997–2000), Tapiola Sinfonietta (2001–03), Tampere Filharmonia (2006–09), and Helsinki Philharmonic Orchestra (2008–15). Since 2012 Storgårds has been among the standard performers at the BBC Proms.