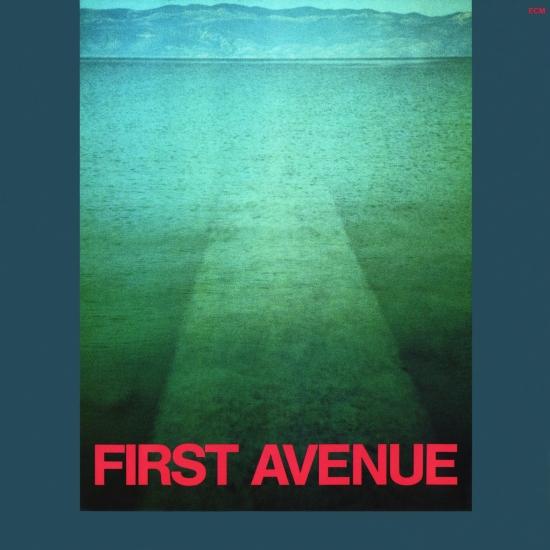 Bringing together reedman Denney Goodhew, cellist Eric Jensen, and horn player James Knapp, First Avenue is a ghostly outlier in the ECM backlist. The project germinated within the American Contemporary Dance Company, which paired spontaneous incidental music with indeterminate movement on stage. As the trio began to branch out and perform as a group, they soon made their way into the studio for this enigmatic session. The pieces have no titles outside of “Band One,” “Band Two,” etc., and perhaps anything more would only be a distraction.
The haunting cries of a waterphone make their first of two appearances on the label (the other courtesy of Marilyn Mazur on Elixir) by way of introduction. From this, we encounter a spacious flowering of alto sax, cello, and horn, sounding much like a Gavin Bryars ensemble piece in its developmental arc. Some tracks (Bands Two and Seven) employ an echo effect which, though dated, is put to utmost creative use here, swirling into a spiral in which the original utterance ceases to exist. Band Three boasts as many overdubbed cellos in a clustered, reactive agitation, while Five is a beautiful piece for two overdubbed saxophones. The latter’s chromatic and lively syncopation make for a most engaging interlude to the overall denser flow. Band Four is more playful, yet somehow regretful, feeling like the soundtrack to a mental breakdown, Darren Aronofsky-style—each hiccup from the cello another pill popped, each horn blast another memory compromised.
Loops and delays abound in the album’s second half. Band Six paints a particularly fluid image of fluted beginnings and muted menageries. Bass clarinet and fluegelhorn bleed darker hues into a cello’s growls and other subterranean minutiae. Each ascendant line drapes its shadow from a barely visible line in a modest exhibition of pellucid musicianship and seamless changes of register. The echoed sax in Band Eight almost sounds as if it were being played backward as undulating cello lines keep it airborne. Abandon builds to stratospheric heights before fading in a final dissolve.
These are supremely harmonic, spacious improvisations that ply the ear with questions that are their own answers. This is intimate, far-reaching, and supremely accessible music drawn from a synergistic wellspring of talent. A more than pleasant surprise as yet unburned in CD form.
“Our procedure is to simply begin.” –James Knapp
Denney Goodhew, alto saxophone, flute, bass clarinet
Eric Jensen, cello
James Knapp, trumpet, fluegelhorn, waterphone
Recorded November 1980 at Tonstudio Bauer, Ludwigsburg
Produced by Manfred Eicher
Digitally remastered 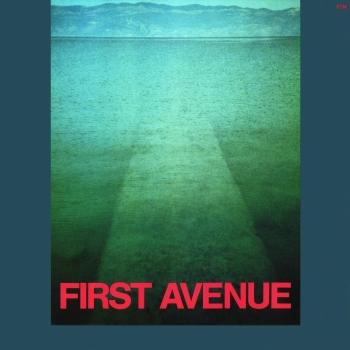 Denney Goodhew
Multi-instrumentalist, improviser, composer, and educator Denney Goodhew has traveled the globe teaching, performing, and recording. He has performed and/or recorded (over 50 CDs) with Charlie Haden, Gary Peacock, Buster Williams, Dave Holland, Marc Johnson, Jimmy Garrison, Ralph Towner, Oregon, Etta James, Big Joe Turner, Albert King, Robert Cray, Ernestine Anderson, Johnny Mathis, Lou Rawls, The Temptations, Buddy Miles, The Dells, Bill Frisell, Gil Evans, Jack DeJohnette, Adam Nussbaum, Ed Blackwell, Andrew Cyrille, Mike Clark, Anthony Braxton, Sam Rivers, Art Lande, The Reputations, Composer’s and Improviser’s Orchestra, the International Creative Music Orchestra, First Avenue, the New York Composers Orchestra West, John Cage and Soundgarden (among others), playing in Japan, Poland, Norway, Germany, Israel, Canada and Taiwan. He can be heard on the CBS, Sony, Elektra, Traumton, hepJazz and ECM labels. Goodhew served as Professor of Saxophone and Music Science at Berlin University of the Arts in Berlin, German from 1993-1999. During his tenure in Berlin he studied the Asian Healing Art, Reiki, receiving the Reiki Master/Teaching Degree. He also presented a show of his paintings at the Crawl Space in Amsterdam, Netherlands in 1996. Since his return stateside, he has taught at Cornish College of the Arts.
Mr. Goodhew has served as a designer and consultant for Claude Lakey Mouthpieces (1988-93) and has composed more than forty pieces for CurrentRutledge Productions. He has been the recipient of a “Talent Deserving Wider Recognition” award in Downbeat magazine’s critics’ poll (1972), and five Earshot Jazz Golden Ear awards, including “Best Instrumentalist” (1990-93) and “Best Electric Jazz Group” (Towner/Goodhew duo, 1990) as well as many composition commissions.
Recent and current projects include composing and conducting “New Moon Suite,” a forty-minute orchestral Big Band piece presented at Benaroya Hall, Seattle, WA; the Qhromatics, a sextet for which Mr. Goodhew composed all the music and played saxophone, alto flute, piano and percussion; percussion with the impromptu group Synthesis; piano and percussion with the dynamic improvisation trio Mouth of Gravity.