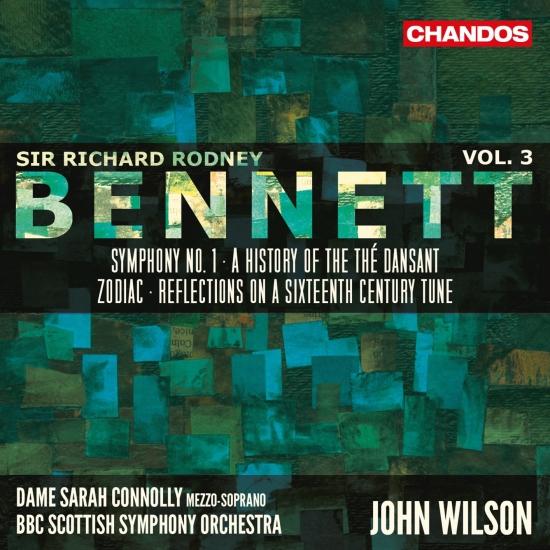 Bennett had a gift for human relationships – family, partners, friends, and fellow artists. Occasionally, his personal loyalty could become an obstacle to his creativity but overwhelmingly, his relationships were an inspiration.
Each of the four works recorded here has connections to a significant individual in his life. The composition of his First Symphony coincided with the arrival in his life of Dan Klein, who would become his long-term partner. Zodiac is dedicated to the composer Elisabeth Lutyens, whose music and personality Bennett cherished throughout his life, despite her often caustic manner. A History of the Thé Dansant sets poems by his older sister, the poet Meg Peacocke, and doubles as a perceptive but unsentimental memoir of their long-dead parents. And Reflections on a Sixteenth Century Tune is dedicated to the conductor John Wilson, with whom Bennett shared a musical connection that deepened into a true and lasting friendship.
Dame Sarah Connolly, mezzo-soprano
BBC Scottish Symphony Orchestra
John Wilson, conductor 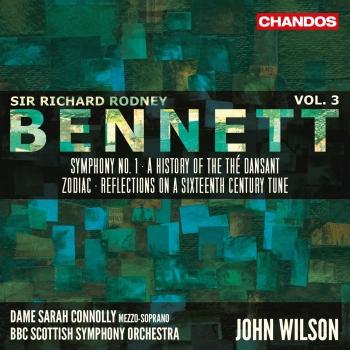 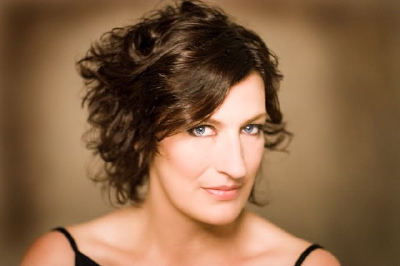 Sarah Connolly
English mezzo-soprano Sarah Connolly made her Royal Opera debut in 2009 as Dido (Dido and Aeneas) and has since sung Fricka (Der Ring des Nibelungen), Brangäne (Tristan und Isolde) and Jocaste (Oedipe) for The Royal Opera. She returns in the 2018/19 Season to sing Fricka (Der Ring des Nibelungen).
Connolly was born in Yorkshire and studied piano and singing at the Royal College of Music. She was a member of the BBC Singers for several years before beginning her operatic career with Glyndebourne Chorus 1992–3. She now sings for the world’s major opera houses. Engagements with English National Opera include Countess Geschwitz (Lulu), Medea, Octavian (Der Rosenkavalier), Dido (The Trojans at Carthage), Lucretia (The Rape of Lucretia) and Handel roles including Agrippina, Serse and Ariodante. Engagements elsewhere include Purcell’s Dido for La Scala, Milan, Brangäne, Phèdre (Hippolyte et Aricie), Giulio Cesare and Gertrude (Hamlet, world premiere) for Glyndebourne Festival, Phèdre for Paris Opéra, Composer (Ariadne auf Naxos) and Clairon (Capriccio) for the Metropolitan Opera, New York, Sesto (La clemenza di Tito) and Ariodante for Aix-en-Provence Festival, Lucretia and Orfeo for Bavarian State Opera, Brangäne for Festspielhaus Baden-Baden, Fricka for Bayreuth Festival and Ariodante for Dutch National Opera and Vienna State Opera.
Connolly has sung in recital in London, New York, Paris, Amsterdam, Stuttgart and at the Aldeburgh, Edinburgh and Schwarzenberg festivals, among others. In concert she has appeared at the BBC Proms, the Lucerne, Salzburg, Tanglewood and Three Choirs festivals, and with leading orchestras around the world. She is a prolific recording artist and has twice been nominated for a Grammy Award.