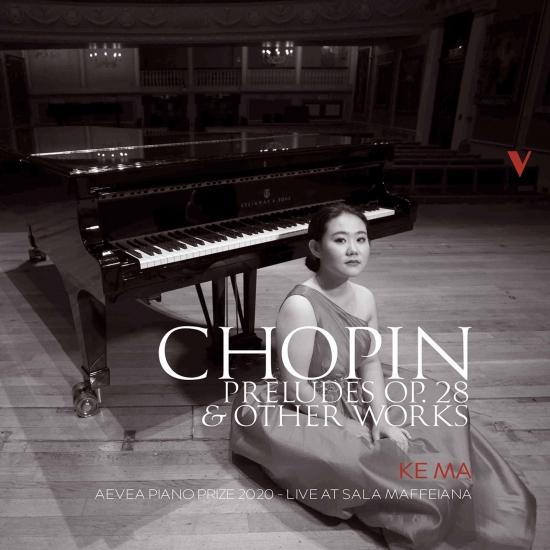 The Aevea Piano Prize (APP) is an innovative International Piano & Chamber Music Competition, founded by the Associazione Culturale Aevea and supported by OnClassical. The purpose of the competition is to promote selected participants through relevant performance opportunities and worldwide distribution of their hi-fi recordings.
The competition takes place at the prestigious 'Sala Maffeiana' in Verona, nearby the Arena. This hall was the oldes Music Academy in Europe, and it is also noted for having hosted performances of 13-year-old Wolfgang Amadeus Mozart in 1770.
The live performances, here recorded as HD studiomaster files, took place during the second Aevea Piano Prize (November 2020) and were recorded by producer and engineer Alessandro Simonetto by using 8 (eight) Bru¨el & Kjaeer and Neumann microphones (onclassical.com/app/). These recordings are part of the Aevea prize, and their sale are important in order to support future editions of the competition.
“Pianists go on a lifetime’s search for the heart of this music, but Ke Ma is already closer than many, and quicker than most” – Peter Quantrill, The Arts Desk ​
“Her music unfolds naturally with ease and shows superb technical command” Xianjie, Zhu 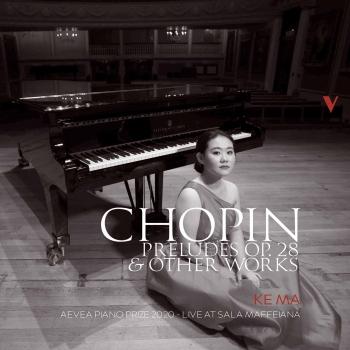 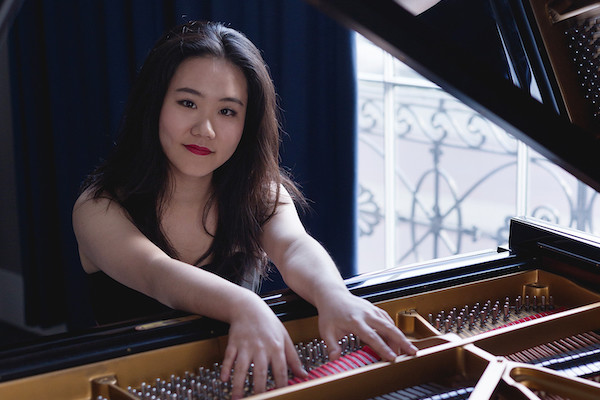 Ke Ma
Born in 1994 in Datong China, Ke studied at the Royal Academy of Music in London with Christopher Elton, Michael Dussek and Andrew West, graduating with a Masters with distinction (DipRAM) in 2017. She is currently pursuing her Doctoral study at Guildhall School of Music and Drama with Professor Joan Havill, Dr Alexander Soares and Rolf Hind.
Ke has won top prizes at international competitions including 1st Prize at the 2016 Concours International de la vie de Maisons-Laffitte and Karoly Mocsari Special Prize (France), 1st Prize at the 2014 Shenzhen Competition (China) and 3rd Prize at the 2012 Ettlingen Competition (Germany).
As a soloist, highlights have included appearances with the Shenzhen Symphony Orchestra, Sichuan Symphony Orchestra, Royal Philharmonic Orchestra, Young Musicians Symphony, Suffolk Symphony Orchestra and the Miskolc Symphony Orchestra conducted by Tamás Gál at the Palace of the Arts in Budapest.
In 2017 Ke made her debut at Wigmore Hall under the auspices of the Kirckman Concert Society. She has given concerts across the UK, in France, Germany, Poland, the US and Canada. Recent engagements include recitals at the Purcell Room, Kings Place, the Saintonge Festival, Maison Laffitte and Salle Molière Lyon in France and the Chopin Festival at the Fisher Center in Bard College, New York.
A committed chamber musician, Ke has undertaken a Tunnell Trust Award tour of Scotland, given a recital at Wigmore Hall and recorded music by Vieuxtemps for Champs Hill Records with violist Timothy Ridout. She has collaborated with the Cuarteto Casals at Santander International Piano Competition. Last summer Ke made her first appearance in Winchester Festival this summer.
During her studies, Ke participated in masterclasses with Pascal Devoyon, Angela Hewitt, Yevgeny Sudbin, Peter Frankl, Pascal Rogé, Imogen Cooper, Arie Vardi and has attended the Luzern Piano Academy where she worked with Robert Levin. In 2019, Ke participated in Summer Piano Academy in Uelzen with Prof. Konstanze Eickhorst and was very honoured to receive the Concert Award and perform in Medingen.
Ke is grateful for support from the Ian Fleming Award from Help Musicians UK; prizes from the Worshipful Company of Musicians, the Maisie Lewis Young Artist Fund and the Prince’s Award. ​
Now, she is awaiting for the confirmation of performing the Tchaikovsky Piano Concerto No.1 under the baton of Adrian Leaper at the Barbican Hall, as one of the finalists at the Gold Medal competition at Guildhall School of Music and Drama, which was extended due to the Covid-19 this year.