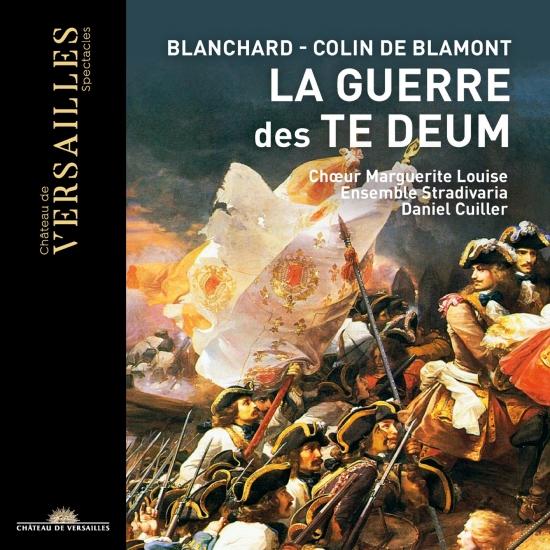 Two rival yet similar works, an illustration of a “Quarrel of the Te Deums”, a true war of mottled violin scores, a frivolous echo of Louis XV‘s final victories. It is also the rediscovery of two of the most talented composers amongst Rameau’s contemporaries, François Colin de Blamont and Esprit Joseph Antoine Blanchard. Daniel Cuiller appropriates this music with the voracity which had led him to revive a previous Te Deum, on that occasion by Henri Madin, and which was covered with praise. Add to this the brilliant singers of the Marguerite Louise choir which is directed by Gaétan Jarry and the virtuoso musicians of Stradivaria, Daniel replied with enthusiasm to this “commission” for the Royal Chapel of Versailles.
Ensemble Stradivaria
Daniel Cuiller, violin
Chœur Marguerite Louise
Gaétan Jarry, direction 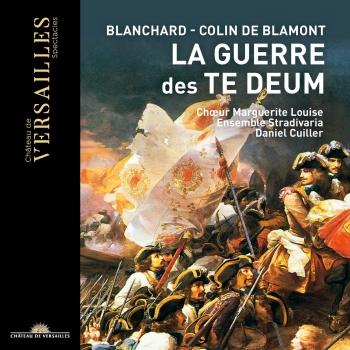 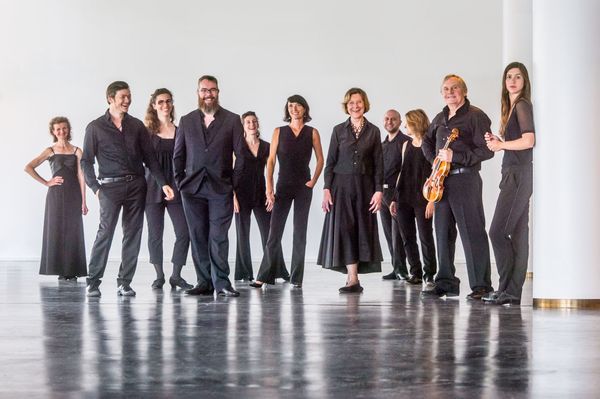 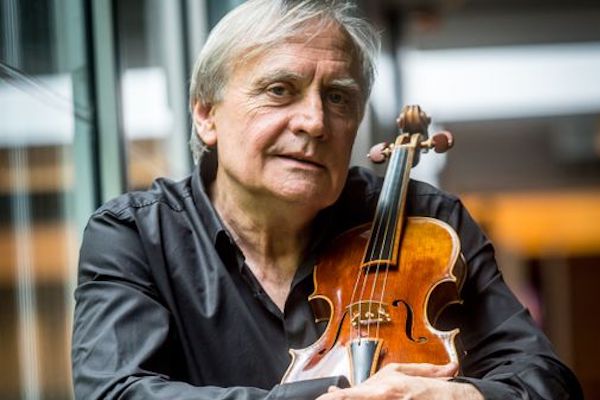 Stradivaria
Driven by the desire to revive the music of the greatest Baroque composers, Daniel Cuiller created Stradivaria in 1987. Before this, he had already achieved great success, enjoying a first-rate reputation at both a national and international level.
Stradivaria is principally a string ensemble, but its size changes according to the works being performed. All of its players are hand-picked by Cuiller based on their particular specialisms and their performance on period instruments. Stradivaria’s players are driven by the same desire as their conductor: to revive the style, phrasing, ornamentations and tones of the Baroque in the most appropriate way in order to faithfully reconstruct the sounds of the 17th and 18th centuries.
In their approach to performing Baroque music, these expert performers have created what has come to be known as the “Stradivaria sound”; rich and vibrant, full of life, imbued with tenderness and poetry, instantly recognisable. Stradivaria has performed on concert platforms across France (Ambronay, la Chaise-Dieu and Sablé sur Sarthe to name but a few) and further afield (the Folle Journée in Japan – Tokyo, Niigata and Kanasawa, the Festival Croisement in Beijing-China, the Hanoï Opera and the Concours International de Chant Lyrique de St. Petersburg in Russia) as well as accompanying operas. Since January 2006, Stradivaria has been Nantes’ permanent Baroque ensemble in residence.
Stradivaria has been signed exclusively to the Mirare label since 2005 and regularly releases new recordings that are praised by music critics nationally and internationally. The recording of Pirame et Thisbé was released in April 2008 to great acclaim by many critics (rated ffff by Télérama, rated 5 by Diapason and 4 étoiles by Monde de la Musique). The recording dedicated to J.S. Bach’s keyboard concertos, with Bertrand Cuiller as soloist, was awarded the 2009 Choc award by Classica magazine, and was also selected as a Critic’s Choice in Gramophone magazine. Stradivaria’s latest recording highlighted the first book of sonatas for violin, written at the beginning oh the 16th century: Giovanni Battista FONTANA – Sonate a violino ed altri strumenti… (Mirare – Ref. MIR214).
In June 2015, Stradivaria recorded a programme on French baroque music « Motets for Louis XV’s Victories » at the Royal Chapel of Versailles (disc collection Alpha-Versailles). This recording (released on 19 April 2016) received very good reviews (Classiquenews, Classica, Télérama).
Since 2015, Stradivaria and Anacréon organize the International Early Music Competition in Loire Valley, open to all instrumental ensembles performing repertoire from the 17th and 18th centuries on period instruments. This Competition, unique in France, is presided by William Christie, Musical director Founder of Les Arts Florissants. The 2nd edition took place on 11th and 12th June 2017 in Angers and Nantes.
Daniel Cuiller
trained initially as a violinist. It did not take long for the musical world to notice his artistic flair. In 1982 he formed the Ensemble Baroque de France, before being, to William Christies’ request, 1st violin of les Arts Florissants until 1986, which led him to create and conduct Stradivaria in 1987. From 1992 until 2002 he taught Baroque violin at the Conservatoire Supérieur de Paris and at the Académie Internationale de Danses et Musiques Anciennes de Sablé.
In his capacity as a violinist, educationalist and conductor, Cuiller has been invited to venues across the world (Rome, Edinburgh, Calcutta, Taiwan and Montreal) to direct Baroque or Classical ensembles playing 17th-19th century repertoire. Leading Montreal’s Arion Ensemble in 2006, Cuiller conducted the orchestra for a Jean Féry Rebel ballet, for which he was awarded the Opus Prize.
Daniel Cuiller has been invited to teach master-class in Tokyo in October 2013 and March 2014, and played in the Shiodome Hall (Tokyo-Japan) baroque French music for violin and harpsichords.
To celebrate Stradivaria’s 20th anniversary, his research led him to reworking the original score of the lyric tragedy Pirame et Thisbé by F. Rebel and F. Francoeur. He conducted a series of performances for Angers Nantes Opéra, which began a partnership that continues to work closely together today.
Lately, Daniel Cuiller has rediscovered and recreated a « Te Deum » by Henry Madin (1742) which led to a concert and a live recording at the Royal Chapel of Versailles.