Do You Hear Me? Ida Sand 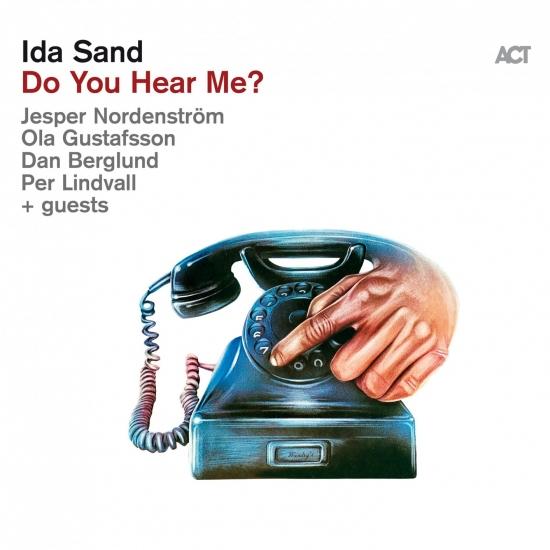 Info for Do You Hear Me?

Ida Sand, the queen of nordic soul-jazz, with a bright, cheerful, grooving set of original songs performed by a true Swedish all-star band.
In 2020, the authorities in Sweden tried to keep normal life going for as long as possible, but, even there, things were eventually brought to a halt by Corona. And like everywhere else, musicians were among the hardest-hit. "It felt somehow as if one of my limbs had been severed,” recalls Ida Sand. “I had a longing to sing, I was missing music so much." The Stockholm-based singer/pianist is a well-established artist with a strong and long-standing following in several countries across Europe, so her diary would normally have been full. The lack of work, it turned out, was having a similar effect on her long-term colleague, keyboardist/organist Jesper Nordenström. "One day he called me,” she recalls. “'Let's meet in my studio and let's just do something'. Okay, I said, I can try to bring some compositions. We asked some more friends if they wanted to play. It all came from the simple desire finally to be doing again what we all love: making music together. We played four or five pieces and agreed to meet again. I promised I’d bring some new material for the next time, and I did. It was amazingly motivating to be back doing my job..."
The result is "Do You Hear Me?". The phrase is used a lot, but here it has a special significance: this is Ida Sand's most personal album to date, and not least because she has written all of the ten songs herself. "Before every project, you ask yourself: what should my next step be? In this case it was very clear: for the first time, I wanted to record my own songs, and only my own songs." But that's not the only reason why "Do You Hear Me?" has turned into such a strong singer/songwriter album. Sand has always seen herself as more of a soul singer than a jazz singer, and in terms of emotions, these tunes hold nothing back. They aim directly for the heart. "I didn't think much about the songs before I wrote them. It all just came together when we were in the studio. One track, ‘Too Close for Comfort’, I wrote when I got home after a session. It took me about half an hour, I was in such a state of creative flow, I literally couldn't stop!"
Ida Sand has produced an exciting, varied and colourful garland of songs to make up the album: we start with a snappy, guitar-heavy folk number, "Wasted on the Youth", then the ravishingly groovy "Burning". This is followed by a funky anthem a la Randy Crawford,"Now Is Not the Time".
The title track is a ballad which feels almost psychedelic, whereas “Too Close for Comfort" is a languid love song. "Don't Run Away" is a crisp soul shuffle with a brass section, and "Now Is Not the Time" is thoughtful, drawing the attention in on its subtle lyrics. "Go Be With Her" has the melancholy defiance of a song by Tom Waits or Randy Newman. Here, the singer pointedly expresses the wish that her departing lover should experience just as much happiness with his new squeeze as she had with him...
The members of Sand's band dovetail with each other wonderfully: they are all old friends, and she has been with them either in the studio or on the stage countless times. Besides Nordenström – who contributes a superbly abstract organ intro to "Can You Hear Me Now" – they are Sand's husband Ola Gustafsson on acoustic and electric guitars, e.s.t. veteran Dan Berglund on bass and Per Lindvall on drums. Anders Van Hofsten contributes vocals, while trumpeter Goran Kajfeš and saxophonist Per "Ruskträsk" Johansson, both known for their roles as creative heads of Oddjob, are there to form a top-notch brass section as required.
This band of soloists puts itself completely at the service of Sand's music. They never fail to ensure that the distinctive timbre of her voice, always so dramatic, can shine through. As different as the many moods, styles and the solo passages in this album may be, the songs have one thing in common. As Sand explains: "It could have been a subconscious thing, but because of the time and the circumstances, the songs are almost always about relationships – and not just about couples. I wrote one song for my mother, one for a friend, and one is about parting." So, "Do You Hear Me?" is an album which has something to say – musically, thematically and at a human level – about the times we are living through. So we need to thank Ida Sand – plus her friends...and the strength of that irrepressible longing to be back doing what she does so naturally and so well – for having captured all of these moods and reflections in ten remarkable and captivating new songs.
Ida Sand, vocals, piano & Wurlizer
Jesper Nordenström, organ, keyboard & synths
Per Lindvall, drums, percussion
Dan Berglund, upright bass & Höfner bass
Ola Gustafsson, acoustic & electric guitars
Additional musicians:
Anders Von Hofsten, backing vocals
Goran Kajfeš, trumpet
Per “Ruskträsk” Johansson, saxophone
Mats Öberg, harmonica (guest on “Waiting”) 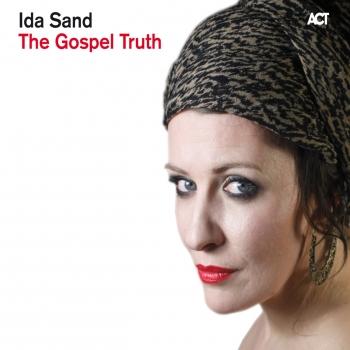 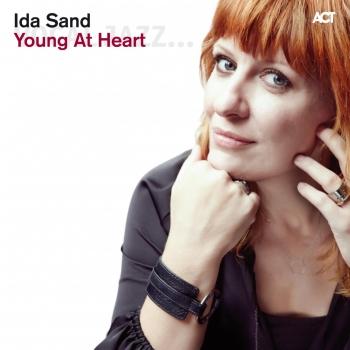 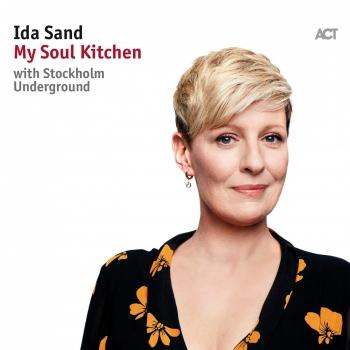 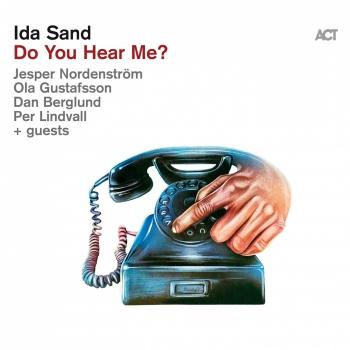 Do You Hear Me? 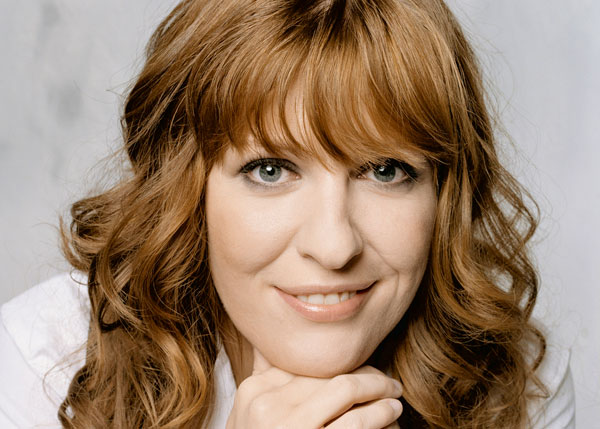 Ida Sand
was born in 1977 into a very musical family in Stockholm. Her family roots lie in Piteå, a town in the far north of Sweden.
Ida’s father was a well-known opera singer who sang at the Stockholm Opera for 30 years, her mother is still an active church musician. Both parents were a strong inspiration for young Ida.
She started playing the cello at age 8 but the instrument did not leave much of an impression. Instead, Ida spent more and more time at the piano, singing along while tinkling the keys for hours. She did not let her mum teach her, she wanted to learn for herself and so she did.
At 16, Ida went to study at the music gymnasium in Stockholm and two years later, she went on to the Academy of Music in Gothenburg, where she immersed herself in the city’s lively jazz scene.
As fascinating as jazz was to Ida, her musical influences remained Stevie Wonder, Donny Hathaway and Aretha Franklin. After graduating in 2000, she worked continually, spending her time doing nightclub gigs, playing piano bars and soul clubs. Always busy, always learning.
Since Ida started her career as a freelance singer and keyboard player, she has worked with the cream of the crop of the music scene in Sweden: Christian Waltz, Stephen Simmonds, Carola, Lisa Nilsson, Eric Gadd, Bo Kaspers, Jerry Williams, Uno Svenningsson, Jennifer Brown and Nils Landgren, to mention a few.
In spring 2007 Ida’s debut album Meet Me Around Midnight (ACT 9716-2) was released and critics and music lovers felt confident. “Ida Sand sings with power and she is the most soulful white female singer to come along in some time”, said JAZZ PODIUM.
Ida’s second album True Love (ACT 9481-2) was released in 2009. It takes on an even more personal sound than her previous work – one reason for this is that in the interim period Sand has become the mother of a baby girl. True Love is produced by her husband, the guitar player Ola Gustafsson. At the album’s core are five outstanding original compositions, framed by classics from a variety of genres – a very personal declaration of love to her family, the music, and the world
With her third album “The Gospel Truth” (ACT 9725-2), released in September 2011, Ida Sand fulfils a long harboured dream: to unite her three great musical influences – jazz, gospel and soul – with her own personal signature. The album was produced by Nils Landgren who is also involved as a musical guest as is guitarist Raul Midón, singer Rigmor Gustafsson, saxophonist Magnus Lindgren and guitarist and Ida Sand’s husband Ola Gustafsson." class="ng-binding ng-scope">Ida Sand & Johan Norberg