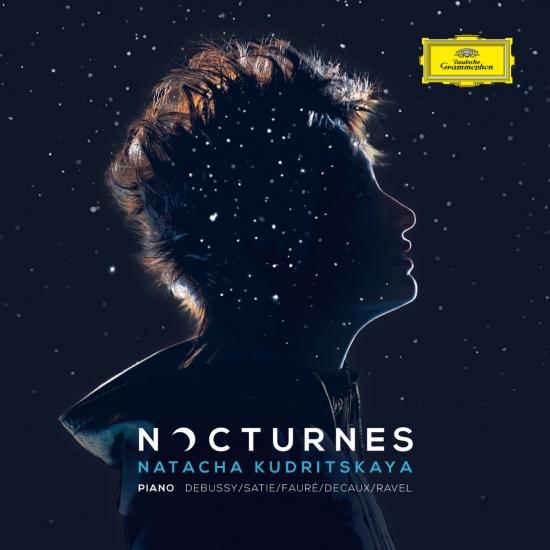 Natacha Kudritskaya is inviting us to a nocturnal stroll in this album. She brings us into this feeling of musical closeness that can only happen in the intimacy of the night. Each piece poised with restraint is a poetic moment, as if the artist was con ding into her silent auditors. “The night has always been both inspiring and frightening for humanity. For some it sparks mystery and evokes quietness, while for others it spawns a feeling of angst” explains Natacha, reminding us of this eternal duality between darkness and light. “The night inspires this dreadful sentiment that the sun might never rise again but it’s also a liberating moment, where we can let go of our social obligations and let our mind wander. This is what led me to imagine how we can gradually immerse ourselves into this profound darkness”.
This immersion starts with Claude Debussy’s “Clair de Lune”, followed by three compositions of Satie, which are, according to Natacha, the most peaceful transition into this nocturnal atmosphere she is building from one piece to the other. She praises the simplicity and beauty of Satie’s composition: “a real treat” to borrow her words.
During this nocturnal stroll, she introduces us again to Debussy, with “Les soirs illuminés par l’ardeur du charbon” written in 1917, a year before he passed. The war is then raging and Debussy is paying his coal merchant with this melancholy piece.
Then comes brillance with “Feux d’arti ce” taken from Préludes before she enchants us with “Clairs de Lune”, those of Abel Decaux written between 1900 and 1917. This composer, almost unknown to the public and performed scarcely by musicians only left his “Clairs de Lune” to posterity, as well as organ compositions, variations on “Ah, vous dirais-je Maman” or a few melodies for piano and transcriptions. Natacha discovered Abel Decaux during her performance at Kuhmo’s Festival in Finland, which prides on programming uncommon pieces.
As she worked on the score, she reports having been transcended by this composition which gave her goose bumps while she was playing it. She has a soft spot for the atonal framework which will later on be used by Schönberg. “Minuit Passe” brings a lunar atmosphere to the album, where the chords resonate like a clock striking the midnight hour. It is followed by “La Ruelle”, pure allegory of terror, a sentiment solitary flâneurs might have experienced in the Parisian darkness at the beginning of the XXth century. “Le Cimetière” then comes, quite apropos, in which silences are as heavy as death itself. The cycle ends on “La Mer”: “a lyric and passionate interpretation of La Mer au Clair de Lune. We are exploring Abel’s childhood dream to become a seaman. Because his father decided against it, he let go of his dream, but will then start the Convervatoire, another project his father was opposed to” Natacha explains, emphasizing how the passionate and troubled lyricism in this piece is discharged into the depth of Faurean-like harmonies. And it’s indeed Fauré that we next encounter on this journey, through Natacha’s interpretation of Nocturnes 7 and 8. With these two pieces composed in 1898 and 1902, we are now at the heart of night. Fauré is one of the maestros of this musical genre, for which Chopin had laid down the rules ten years earlier. Natacha chose these two pieces for their re ned and rigorous discourse, drawing the auditor in the depths of darkness where dwells the mysterious nocturnal melancholia.
Ravel comes as a conclusion with “Gaspard de la Nuit”, a piece that has always sparked fascination for Natacha: “There is such abundance, such perfection in the writing and yet something extremely strong, like a demon that cannot be approached” she says, accentuating the fact it’s probably one of the most difficult scores to play. It is articulated around three realms, “Ondine” and its enchanting dreams, “Gibet”, allegory of a man hung to the sound of a church’s bell and the vicissitudes of “Scarbo”, the gnome straight out of Aloysius Bertrand’s poems, which inspired Ravel. “He embodies this elusive character hiding under your bed. He represents angst and the monstrosity of nightmares. What could be more captivating to express?” says Natacha, affirming again her unconditional love for this “Gaspard de la Nuit” she decided to use as both the pivotal moment and Grand Finale of this program. (Jean-Michel Dhuez)
Natacha Kudritskaya, piano 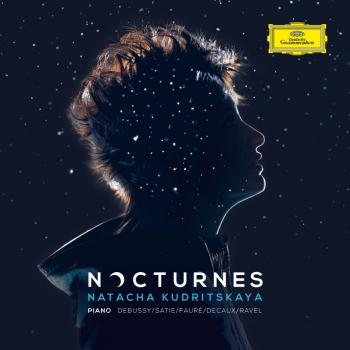 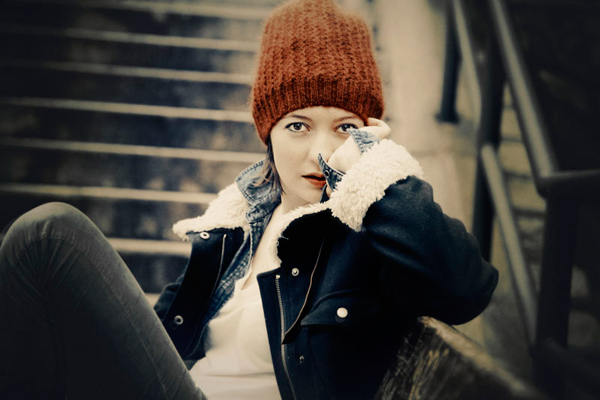 Young Natacha
first stepped into the classical music world as a student of the Lysenko Music School in Kiev, where she completed her training at the age of seventeen. After these formative years, she was part of three tours across the USA between 1996 and 2002 with the Kiev Symphony Orchestra; her very first experience as a concert musician.
She soon after integrated the Tchaïkovski National Music Academy of Ukraine in Kiev where she followed the teachings of Irina Barinova and Igor Riabov and applied for the competitive CNSM in Paris at the age of nineteen. She studied simultaneously in both these brilliant institutions and graduated with the highest distinctions and honours of the jury.
Four personalities have left their imprint on Natacha’s pianistic technique. First, Alain Planès, “my first professor, simply the representation of elegance, possessed a sheer sophisticated style”. Then came Jacques Rouvier, “very attached to the text, a rigorous and meticulous personality”. Her encounter with Ferenc Rados in Budapest, later on, was crucial: “he taught me how to read in between the notes” and, finally, Henri Barda “felt like a hurricane on my whole work and training, for there to reign only the power of music”. Rameau’s work marked a turning point in her approach of pianistic technique and she dedicated two albums to this composer: rst in 2009, in association with Luciano Berio and then in 2012, with the label 1001 Notes.
2009 was marked by competitions, her first recitals and an encounter with chamber music she will then regularly turn herself to. It was also the year Natacha Kudritskaya was invited to perform in the most prominent festivals and concert halls across France and Europe, among which gured Opéra Comique and Cité de la musique in Paris, Wigmore Hall in London, Oxford’s Sheldonian Theatre, Gstaad’s Festival, Davos festival, Concertgebouw in Bruges, Flagey in Bruxelles, la Grange de Meslay, Oxford Chamber Music Festival and Kuhmo’s Festival in Finland where she performed Abdel Decaux’s Clairs de Lune (which is featured on Nocturnes released by Deutsche Grammophon).
Natacha regularly goes back to Ukraine, but the events occurring in 2014 gave a particular meaning to her homecoming in February that year, sadly marked by death roaming in the streets of Kiev. A pacifist answer to military power was embodied by the piano which became a symbol of revolution. Natacha found herself playing in the streets of Maidan’s neighborhood, surrounded by a crowd marked with fear and tension. A sense of healing and mourning emerged from the music in the midst of such darks times, contributing to make this profoundly humane experience one of the most important moments of her life.
Soon thereafter, she began a tour across Ukraine, going through Lviv, Kharkiv, Donetsk, Severodonetsk, Lougansk and Kiev. Since November 2014, Natacha Kudritskaya has been part of Universal Music catalogue and her first album, Nocturnes, is released by Deutsche Grammophon. (Philippe Banel)