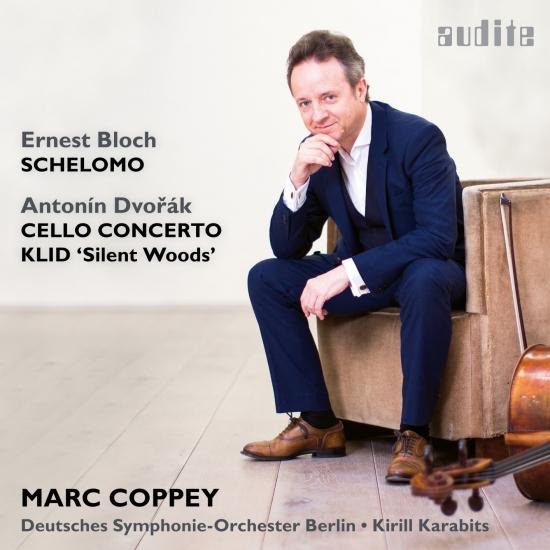 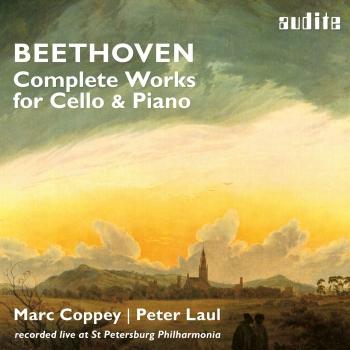 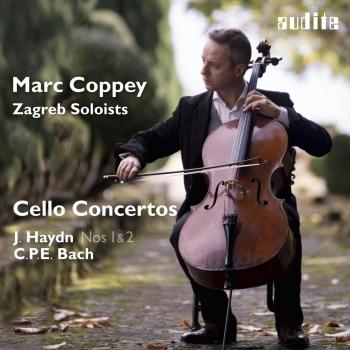 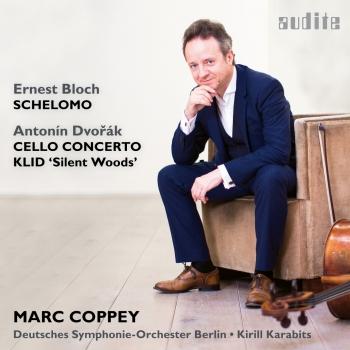 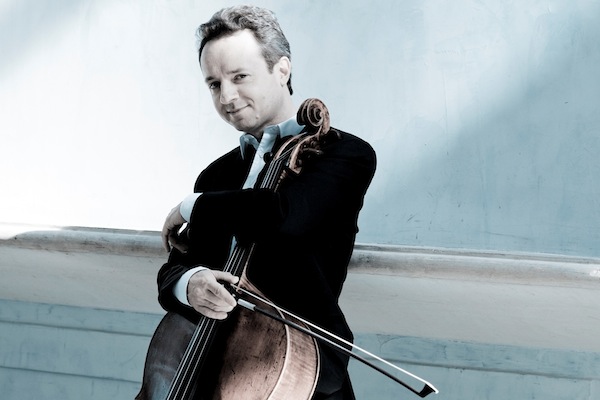 Marc Coppey
"Combining choreographic gesture with rhetoric, earthly robustness with spiritual uplift, Marc Coppey's performance is overwhelmed with a jubilant vitality." (Gilles Macassar, Télérama)
French cellist, Marc Coppey, winner of the two highest prizes at the 1988 Bach competition Leipzig at the age of 18 - first prize and special prize for the best interpretations of Bach, is considered to be one of the leading cellists of today. Sir Yehudi Menuhin discovered Marc's talent at an early age, and subsequently invited him to make his Moscow and Paris debuts by performing the Tchaïkovsky Trio with Menuhin and Victoria Postnikova, a collaboration documented on film by famous film director Bruno Monsaingeon. In 1989 Mstislav Rostropovitch invited Marc to the Evian Festival and from that moment on his solo career took off.
A frequent soloist with the leading orchestras of today, Marc Coppey has collaborated with many distinguished conductors such as Emmanuel Krivine, Rafael Frühbeck de Burgos, Michel Plasson, Jean-Claude Casadesus, Theodor Guschlbauer, Pascal Rophé, Yutaka Sado, John Nelson, Raymond Leppard, Erich Bergel, Alan Gilbert, Lionel Bringuier, Kirill Karabits, Paul McCreesh and Asher Fisch. Mr. Coppey has appeared on numerous occasions in Europe, North and South America and Asia and in some of the most prestigious concert halls of the world such as Wigmore Hall in London, the Schauspielhaus in Berlin, the Salle Pleyel, the Théâtre de la Ville, the Théâtre des Champs-Elysées, the Théâtre du Chatelet and the Cité de la Musique in Paris, the Palais des Beaux-Arts in Brussels, the National Concert Hall in Dublin, the Rudolfinum in Prague, the Liszt Conservatory Hall in Budapest, the Great Hall of the Moscow Conservatory in Moscow, the Capella in Saint-Petersburg, the Casals Hall in Tokyo and the Metropolitan Museum in New York. He is a regular guest of the festivals of Radio-France-Montpellier, Strasbourg, Besançon, La Roque d'Anthéron, Monte-Carlo "Printemps des Arts", Nantes "Folles Journées", Stuttgart, Midem, Kuhmo, Korsholm and Prades.
An avid chamber music player, Marc Coppey has explored and performed the cello repertoire with such renowned artists as Maria-Joao Pires, Stephen Kovacevich, Nicholas Angelich, Aleksandar Madzar, Michel Beroff, Peter Laul, François-Frédéric Guy, Augustin Dumay, Victoria Mullova, Tedi Papavrami, Ilya Gringolts, Laurent Korcia, David Grimal, Gérard Caussé, Janos Starker, Marie-Pierre Langlamet, Michel Portal, Paul Meyer, Emmanuel Pahud and the Prazak and Talich Quartets. From 1995 to 2000 he was a member of the Ysaÿe Quartet, performing at the most prestigious international concert venues.
Marc Coppey's choice of repertoire is eclectic and innovative. He frequently plays the complete Bach Suites and other well-known and loved concert repertoire, and also brings to the public's attention works that are rarely heard. Performing and promoting contemporary music is very important to Marc Coppey and composers such as Christian Durieux, Fénelon, Jarrell, Krawczyk, Lenot, Monnet, Pauset, Reverdy and Tanguy have all dedicated works to him. He gave the world premieres of Lenot's Cello Concerto, Tanguy's 1st Cello Concerto and the French premiere of Elliott Carter's Cello Concerto.
Highlights of past season included performances with the Orchestre National de France, the Orchestre Philharmonique de Radio-France, the Mexico Symphonic Orchestra, the English Chamber Orchestra, as well as with the orchestras of Liège, Monte-Carlo, Lille, Nancy, Metz, Cannes and Nice. In the coming months, he will premiere Marc Monnet concerto with Orchestre Philharmonique de Radio-France, under the direction on Eliahu Inbal and will play Don Quichotte by Strauss, Salle Pleyel. He'll be in Brazil for Schumann concerto under Yan-Pascal Tortelier, will perform Tüür concerto in Caen, Mantovani concerto with Strasbourg orchestra. He will give a concert at Messiaen Festival to celebrate Boulez 85th birthday, will perform Beethoven complete works for cello and piano in Lyon, will have his debut in Concertgebouw Amsterdam. A Schubert CD (Arpeggione sonata) will be released in the fall, 2010.
Marc Coppey's many recordings have received critical acclaim worldwide. They include works by Beethoven, Debussy, Emmanuel Fauré, Grieg and Strauss, produced by the labels Auvidis, Decca, Harmonia Mundi and K617. His latest release of the complete Bach Suites (awarded Télérama's ffff) and a CD dedicated to Dohnanyi (featured in the "10 de Répertoire"), were both recorded for the Aeon/Harmonia Mundi label. Together with the Prazak Quartet, Marc Coppey recorded the Schubert Quintet for the Praga label. In 2006 two more CD's were released: one of the great Russian cello sonatas, accompanied by pianist Peter Laul (on the Aeon label), and the other, a performance of Martin Matalon's concerto (on Accord/ Universal). Marc Coppey's 2008 recording of the Dutilleux Cello Concerto and the Caplet Concertos with the Liège Orchestra under Pascal Rophé's direction received a Diapason d'Or and a "Choc" from the Magazine Le Monde de la Musique. Also in 2008, he released a CD of the Brahms Sonatas.
In November 2009, he is chosen to play Bach in Paris, place de la Concorde, for the 20th anniversary of the fall of the Berlin wall.
In addition to his solo concert career and his chamber music activities, Marc Coppey is a professor at the Conservatoire National Supérieur de Musique de Paris and gives master-classes all over the world.
Marc Coppey is the artistic director of the Colmar Chamber Music Festival.
He performs on a rare cello by Matteo Goffriller (Venice 1711) and resides in Paris.