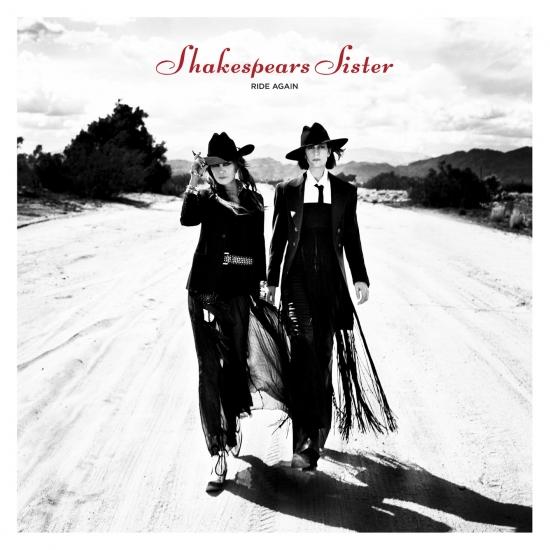 Shakespears Sister are back with a new 5 track EP ‘Ride Again’ featuring new music from their sessions with producer Nick Launay. Available on limited edition white vinyl the release follows the success of their Top 20 album ‘Singles Party (1988-2019). The EP includes the new single ‘When She Finds You’ featuring Mercury nominated UK singer/songwriter Richard Hawley. Plus ‘All The Queens Horses,’ ‘C U Next Tuesday’ and two brand new tracks.
Shakespears Sister 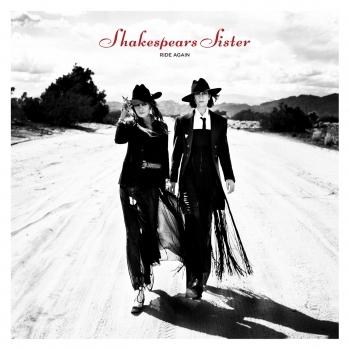 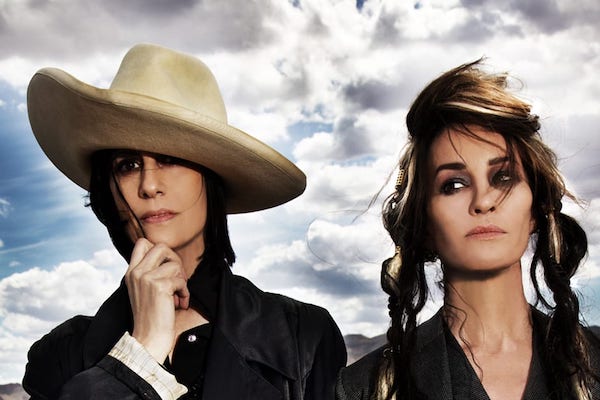 Shakespears Sister
With a career that has now spanned more than 30 years, Shakespears Sister have come a long way since the release of their 1989 debut album ‘Sacred Heart’, which gifted them their first top ten single with ‘You’re History’.
The pair would quickly find even more success with their 1992 follow-up full-length ‘’Hormonally Yours’, which included the hits ‘Don’t Care, Hello (Turn Your Radio On)’ and ‘Stay’, which remained at number one for eight weeks.
With now over a million records sold, the band have also gathered a wealth of awards throughout their tenure, including a Brit award for best video for ‘Stay’ and an Ivor Novello award for Outstanding Collection of Songs for their sophomore album, ‘Hormonally Yours’. The pair also went onto headline the Pyramid stage at Glastonbury in 1992 and supported Prince at Celtic Park at the artist’s personal request.
Comprised of Siobhan Fahey and Marcella Detroit (born Marcy Levy), Shakespear's Sister formed in late 1988. Fahey had several hits as a member of Bananarama, and Levy was the backup vocalist for Eric Clapton in the late '70s. After their first single flopped, Shakespear's Sister's second single, "You're History," made it into the U.K. Top Ten. Sacred Heart, their 1989 debut, also made it into the Top Ten. Most of the material on Sacred Heart and the 1991 follow-up Hormonally Yours was written with producer Richard Feldman, who gave the band a polished, synth-laden R&B feel, along the lines of the Eurythmics. "Stay," the first single from Hormonally Yours, was a Top Five hit on both sides of the Atlantic; the follow-up single, "I Don't Care," cracked the U.K. Top 20, yet failed to make the U.S. Top 40. Despite their success, the duo broke up the following year. (AMG)