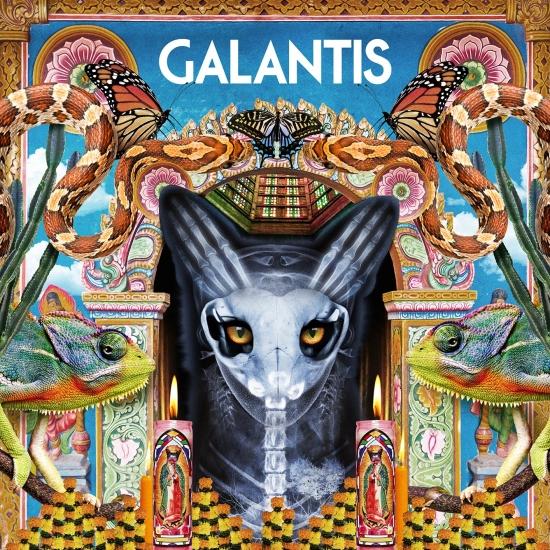 Setting a new standard for songwriting in dance music, Galantis is a collaborative project between Christian Karlsson (aka Bloodshy, one-third of Miike Snow) and Linus Eklöw (aka Style of Eye).
Working as Bloodshy, Karlsson’s songwriting collaborations have included Madonna, Kylie Minogue, Katy Perry and Britney Spears (whose “Toxic” earned a GRAMMY award for “Best Dance Recording”). After reaching out to Eklöw (who co-wrote and produced Icona Pop’s hit single “I Love It” as Style of Eye) to remix Miike Snow’s “Animal,” the two continued to collaborate until ultimately Galantis was born. Following their first blockbuster performance at 2014’s Coachella Valley Music and Arts Festival and their debut single release “Smile” that same year, the duo quickly rose to become one of dance music’s most dynamic and in-demand live performers.
Their debut full-length album, 2015’s Pharmacy, spawned gold certified single “Peanut Butter Jelly” and platinum certified single “Runaway (U & I)” – the latter of which earned a nomination for “Best Dance Recording” at the 2016 GRAMMY Awards. Meanwhile their sophomore album, 2017’s The Aviary, featured platinum certified single “No Money” and amassed over 1 billion worldwide streams in its first week with a top 10 debut in 23 countries.
Like their millions of fans around the world, the music industry at large has also taken notice of Galantis’ impressive track record. The duo was nominated for three P3 Gold Awards in Sweden in 2017, taking home the trophy for “Best Dance Act.” They also won “Producer of the Year” at 2017’s SKAP Awards, while “No Money” was nominated for “Song of the Year” at the 2017 Swedish Grammis Awards. Galantis has seen an outpouring of critical praise from the likes of Rolling Stone, Pitchfork, The New Yorker, TIME, Complex, and more.
Amidst a year’s worth of sold out headline shows around the world, the chat-topping duo worked on what would become their highly anticipated third studio album Church, available now via Big Beat Records. Featuring blockbuster collaborations with OneRepublic (“Bones”), Passion Pit (“I Found U”) and Yellow Claw (“We Can Get High”), Church also includes standout tracks “Never Felt A Love Like This” with Hook N Sling featuring Dotan and “Hurricane” with John Newman. The album was also preceded by arguably their most explosive collaboration to date, “Faith,” with country music icon Dolly Parton featuring Dutch singer-songwriter Mr. Probz.
Centered around a classic John Hiatt lyric, “Faith” is an uplifting call for unity and hope set to signature Galantis production. After making an expectedly long-shot call to Parton, her agreement to join the song resulted in Karlsson immediately flying to Nashville to cut vocals in person with the legend herself.
“I was on the phone with a Christian (Karlsson), talking about a song called ‘Faith’ and an album called ‘Church’” said Parton of how the collaboration came to be. “I knew I was in the right place.”
But for Galantis, the meaning behind Church and “Faith” extends beyond the words’ surface – rather tapping into broader senses of community and inspiration.
“It’s important for us to have meaning behind our music” explained the duo. “Our album ‘Church’ doesn’t necessarily refer to a building or specific religion, but instead to people banded together in similar belief. Whether it’s advocating peace, change, or just lifting each other up – that is our ‘Faith’ and ‘Church.’”
Karlsson and Eklöw’s tremendous success with recorded music is only one component of the Galantis story, however. Coupled with their strong track record of streaming and sales triumphs, Galantis boasts an innovative live show that incorporates a three-tiered stage equipped with cymbals, drum pads, and 5 full-size kick drums. Since their debut, the duo has sold out countless venues around the world on their headline tours, including over 155 shows throughout North/South America and Europe – equating to over 288,800 hard tickets.
Most notably this past year, the duo sold out two nights at Los Angeles’ Shrine Auditorium and two nights at Chicago’s Aragon Ballroom, nearing 10,000 tickets sold per market. A testament to the duo's foundation in live performance, Galantis frequently performs at historic venues like O2 Academy Brixton in London and the Greek Theatre in Los Angeles, in addition to holding a residency at Wynn in Las Vegas. Galantis is equally dynamic when it comes to the festival circuit, thrilling crowds at Ultra Music Festival, Electric Daisy Carnival, Tomorrowland, Creamfields, Lollapalooza, Electric Zoo, SW4 and V Festival.
Their reputation as hit makers have also turned Galantis into highly sought-after remixers for A-list pop artists, putting their distinct stamp on remixes for the likes of Ed Sheeran (“Shape of You”), Sam Smith (“Too Good at Goodbyes”), Kygo (“Think About You”), Florence + The Machine (“Delilah”) and Selena Gomez (“Fetish”).
As they enter their seventh year, Karlsson and Eklöw continue to evolve sonically with no end in sight. Now with over 3 billion cumulative worldwide streams and over 1 billion video views, the pair are primed to take their infectious, feel good energy to an even larger global audience in 2020.
Christian Karlsson
Linus Eklöw 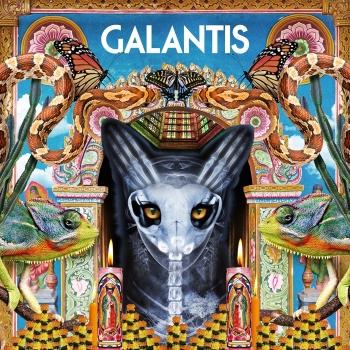 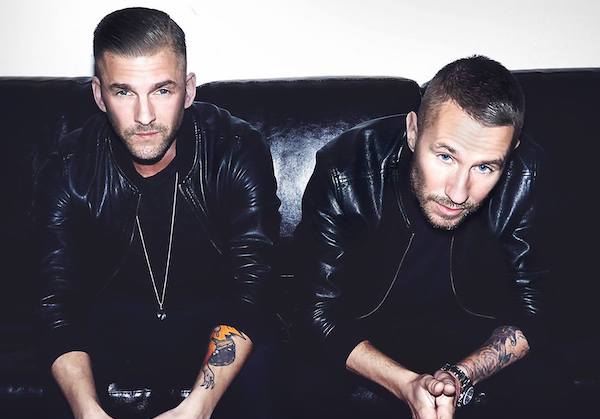 Galantis
Featuring Christian Karlsson of Miike Snow and Linus Eklöw from Style of Eye, Galantis are a Swedish super-duo who represent the place where electronic dance music meets pop. Since the early 2010s, the pair's prolific output has yielded hits such as the multi-platinum "Runaway (U & I)," "Peanut Butter Jelly," and "No Money" from their first two albums, 2015's Pharmacy and 2017's The Aviary.
Karlsson (the man behind hits like Britney Spears' "Toxic") met Eklöw (the man behind hits like Icona Pop's "I Love It") at the Robotberget studio in Stockholm in 2007. Their mutual admiration turned into a project once they began discussing a more poignant style of EDM that retained pop's passion. The duo set up shop on the Stockholm archipelago in the Baltic Sea, began recording, and released the "Smile" single on the Atlantic label in late 2013. The Grammy-nominated hit single "Runaway (U & I)" followed in 2014, while their debut effort, Pharmacy, landed a year later. The album featured two new singles, "Gold Dust" and "Peanut Butter Jelly."
The following year, Galantis released the single "No Money," which became their first song to debut on the Billboard Hot 100. That same year also saw the release of "Love on Me," a collaboration with Aussie DJ Hook N Sling, and in 2017 they released a remix of singer/songwriter/pianist Wrabel's "Bloodstain." Singles continued to roll out, including "Hunter," "True Feeling," and "Girls on Boys," which featured singer Rozes. The duo's sophomore set, Aviary, arrived that September and made a solid showing on Billboard's Top 200.
Galantis spent 2018 issuing singles such as "Spaceship" featuring Uffie and "Satisfied" featuring MAX. The next year was much the same, highlighted by collaborations with OneRepublic ("Bones"), Passion Pit ("I Found U"), and even Dolly Parton ("Faith"). By the time 2020 rolled around, most of their next album's tracks had already been released. Nonetheless, Galantis issued this third LP, Church, that January, collecting all nine singles alongside the previously unreleased "Powerlines."