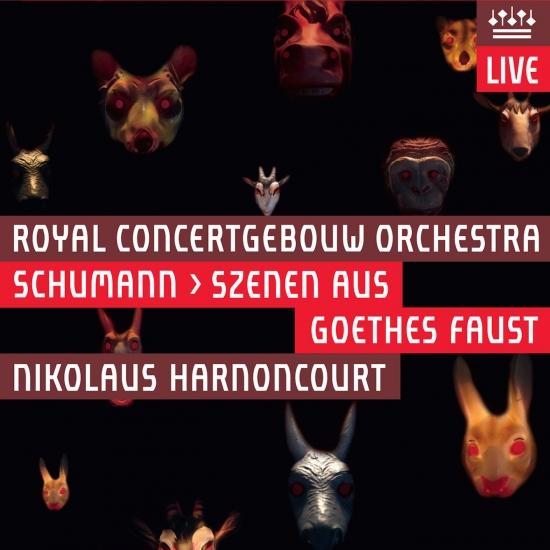 In April 2008 Nikolaus Harnoncourt and the Royal Concertgebouw Orchestra executed a series of performances of Schumann's rarely heard masterpiece Szenen aus Goethes Faust.These successful performances were recorded live and edited into the release that you have before you. Nikolaus Harnoncourt made his debut with the Royal Concertgebouw Orchestra in 1975, where his St John and St Matthew Passions opened a whole new chapter in the Amsterdam tradition of performing these works. With the RCO, he directed a number of impressive opera productions, including the Mozart operas by librettist Da Ponte and Strauss' Die Fledermaus, and a great number of symphonic concerts, including symphonies by Haydn, Mozart, Schubert and Dvorák. Much of the repertoire Harnoncourt conducted with the Concertgebouw Orchestra has been recorded and has also received many awards. He was made a Knight of the Order of the Dutch Lion in 2006. Nikolaus Harnoncourt was appointed honorary guest conductor in October 2000.
“…Harnoncourt…music, but he's in unusually fluent form here, with airy orchestral and choral textures… Christian Gerhaher is an intellectual, strong-toned Faust, relishing Goethe's robust language…” (BBC Music Magazine)
„What Harnoncourt does particularly superbly is steer away from the slightest hint of anything saccharine: the chorus of blessed boys being a case in point. He's aided by the outstanding Christian Gerhaher, who is moving not only as Faust but in the Dr Marianus music too. Franz-Josef Selig and Alastair Miles are also great assets... Harnoncourt's... never less than compelling, and his vision of this great work is consistently enlightening.” (Gramophone)
“Nikolaus Harnoncourt’s ravishing new account proves a lithe and lyrically rich labour of love...Adroitly blending discourse and drama, Harnoncourt marshals superbly characterised playing from the Royal Concertgebouw Orchestra to frame no less striking contributions from his singers…” (Michael Quinn, BBC Review)
Christian Gerhaher, baritone
Christiane Iven, soprano
Alastair Miles, bass
Werner Güra, tenor
Mojca Erdmann, soprano
Birgit Remmert, alto
Elisabeth von Magnus, alto
Franz-Josef Selig, bass
Anitra Jellema, soprano
Anjolet Rotteveel, alto
Kevin Doss, tenor (chorus soloists)
Netherlands Radio Choir
Netherlands Children's Choir
Royal Concertgebouw Orchestra
Nikolaus Harnoncourt, conductor
Recorded live at Concertgebouw Amsterdam on 18, 20, 21, 23 and 24 April 2008 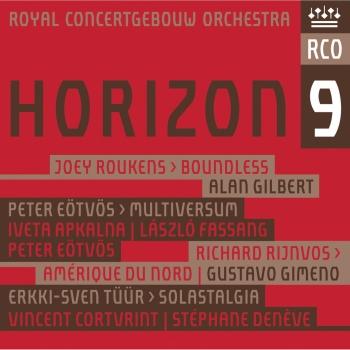