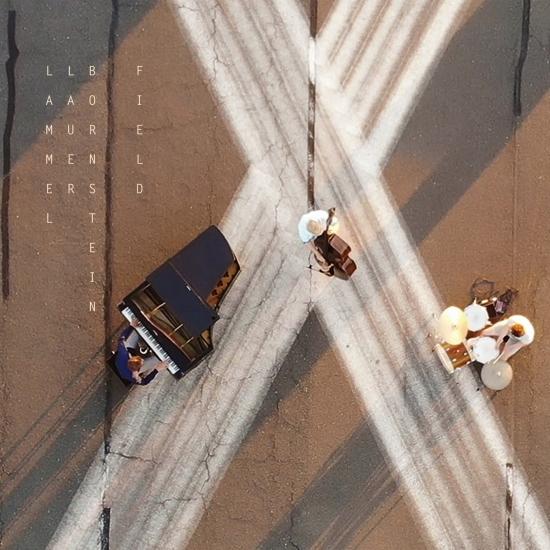 The pianist Andreas Lammel, drummer Florian Lauer and bassist René Bornstein were nominated for the Jazz-Echo prize and received praise from all sides for their album Look At Me, released on Traumton in late 2016. The Austrian magazine Concerto recognized “high intuitive improvisational art”, in the Frankfurter Allgemeine newspaper they wrote: “[LLB] know how to humor their audience without resorting to bold and simple entertainment. [Live] they charge their pieces with more energy, which comes out in greater dynamics and more extensive improvisations.”
For the band’s 10th anniversary they are now releasing Field. In ten self composed pieces and a rather free Chopin adaption, Lammel | Lauer | Bornstein fathom the range between lyrical moments and powerful force more decisively than ever. With great creative drive, they dynamically unite dreamy melodies and harmonic variety, infectious grooves and rhythmically sophisticated structures to a personal and deliberately comprehensible sound.
The new work reflects and documents the development of the past years. Since the release of Look At Me the trio, which describes itself as a steady band of different characters, goes on tours of at least two weeks every spring and every fall. Furthermore LLB played support gigs for Billy Cobham and China Moses, at various festivals and countless renowned clubs. All pieces on Field were already written a while ago, integrated into the live repertoire and over time either developed routine or were subjected to metamorphoses; for example, when an originally calmly conceived improvisation got a much more offensive attitude through the energy on stage. This was maintained until the studio recording.
The range from chamber musical transparency to powerful passages played with crisp vehemence is even wider on Field. The shared wealth of experience shapes the trio’s sound and interplay. Everyone has the opportunity to step out of their classic (accompanist-)role. Intuitive understanding results in absolute reliability, which leads the way through improvisations like a compass. This also results in more elaborate compositions. At first listening a lot of pieces on Field sound less complex than they are and this effect is absolutely intentional. The musicians value a flowing aesthetic, but are not after hammering their predominantly odd meters into the awareness of the audience. 7/8 or 5/4 time signatures are especially interesting, because they also influence the harmonies and result in different arcs of tension, the main composer René Bornstein says. Only the abandoning of common rhythms and church modes opens space for new tone colors and structures, which don’t only surprise the audience, but occasionally also surprise themselves.
The overall sound of Field has become even more direct. Moreover, each composition is associated with a specific mood or personal images, the trio explains. Often notated and improvised parts seamlessly merge into one another and still the recorded pieces are relatively compact and concise, especially compared to their live versions. Despite all eclecticism the modern piano trio sound of Lammel | Lauer | Bornstein is clearly defined and speaks to diverse audiences of various genres.
Andreas Lammel, piano
René Bornstein, double bass
Florian Lauer, drums 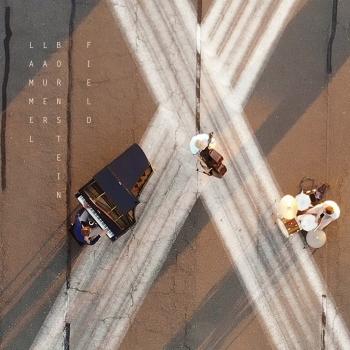 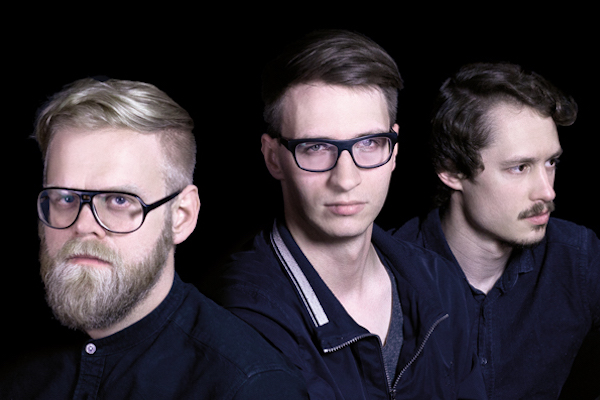 Lammel | Lauer | Bornstein
The musicians Andreas Lammel (piano, Berlin/Dresden), René Bornstein (bass, Dresden) and Florian Lauer (drums, Dresden) became acquainted during their studies at the Dresden University of Music in 2006. Since 2009 the formation Lammel - Lauer - Bornstein exists in its current distinctive lineup.
Being aware of traditional jazz handcraft as well as experimenting with modern, candid sounds, Lammel I Lauer I Bornstein create an innovative musical setting in which old patterns are not rejected but specifically disregarded. Thus, attention in large part is not to be focused on the individual musician, but rather seizes its ideas and motifs from the band as a whole. Next to musical openness and technical brilliance, longtime experiences of each instrumentalist in several successful projects add up to an exceedingly multi-faceted way of playing.
Hereby, compositions written by Andreas Lammel and René Bornstein create the fundament from which every concert progresses into unforeseen, innovative directions - without getting lost in arbitrariness. As a consequence, every interaction turns into a spontaneous as well as homogenous sound experience.