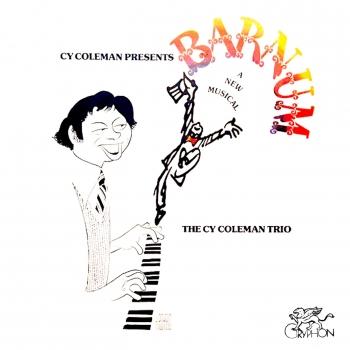 Cy Coleman
A classically trained child prodigy and concert pianist turned popular songwriter and Broadway tunesmith, Coleman made his Carnegie Hall debut at age seven and by his late teens had become somewhat of a society darling, performing jazz piano in sophisticated New York nightclubs. By the 1950s, he turned to composing pop standards (with lyricists Joseph McCarthy Jr., Bob Hilliard, and Hal David) for the likes of Frank Sinatra and Nat King Cole and ran his own New York nightspot, The Playroom.
Teaming with clever lyricist Carolyn Leigh, Coleman wrote such hit songs as “Witchcraft” and “Firefly” before the pair composed their first two Broadway efforts — the spirited Lucille Ball vehicle “Wildcat” (1960), which produced the showstopper “Hey, Look Me Over,” and the brilliantly brash Neil Simon musical satire “Little Me” (1962), with its seductive hits “I’ve Got Your Number” and “Real Live Girl” and its tour-de-force performance by TV star Sid Caesar as all seven male characters.
In 1966, Coleman wed his rhymic, upbeat jazzy scores to the words of veteran lyricist Dorothy Fields for the bouncy, insinuating score to “Sweet Charity” (based on Fellini’s film, “Nights of Cabiria” and filmed by Bob Fosse in his 1969 directorial debut) and in 1973 for “Seesaw,” the less than successful — but nonetheless catchy — musical version of William Gibson’s play “Two for the Seesaw.” Subsequently, he employed a variety of styles, from country and western to blues, for the intimate wife-swapping musical “I Love My Wife” (1977) and composed the bumptuous circus musical “Barnum” (1980), which also marked his debut as a Broadway producer.
Coleman has won three Tony Awards: for the comic operetta “On the Twentieth Century” (1978; with lyricists Betty Comden and Adolph Green); for his brilliant jazz-inflected score for the witty and stylish film noir musical “City of Angels” (1990; with David Zippel); and for the folksy, glitzy pastiche score for “The Will Rogers Follies” (1991; again with Comden and Green). In 1996, he released an album of songs for a proposed musical, “The Life,” that included tracks by Liza Minnelli and George Burns. With lyrics by Ira Gassman, it is the story of the denizens of NYC’s 42nd Street, including prostitutes and pimps. This, in turn, led to a full-scale Broadway mounting the following year. While the show had its share of fans, it only managed a run of just over a year. The composer’s next full-scale stage musical wasn’t produced until the 21st century, and then in Amsterdam. Coleman wrote the music for “Grace, The Musical” (2001), a fictionalized biography of actress-turned-princess Grace Kelly. (Source: BaselineStudioSystems — A Hollywood Media Corp. Company.)