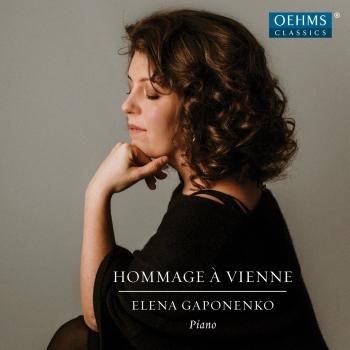 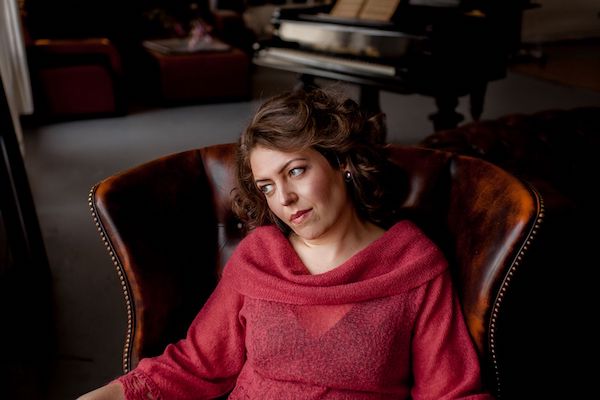 Elena Gaponenko
Gaponenko’s very rare double talent on the piano and cello was already recognized and spoken about when she was recognized as a prodigy at the age of four. From the outset, she was exposed to the best professional training and at the age of nine gave her first solo performance with an orchestra. Elena received training on both her chosen instruments at the most prestigious, special music schools in Moscow (Russia): at the Central Music School at the Moscow Conservatory and at the Gnessyny Special Music School, from which she graduated with distinction. Further studies at the Universities of Detmold and Cologne in Germany and at the Hogeschool voor Muziek Maastricht in the Netherlands culminated in her concert-exam in piano and violoncello with a "cum laude".
During her studies and later, at various Master Classes, Elena was significantly influenced by luminaries such as Prof. Karina Georgian, Prof. Mirel Jancovici, Prof. Maria Kliegel, Prof. Dmitri Ferschtman, Prof. Bernhard Greenhouse, Prof. Anatol Ugorski, Prof. Pavel Gililov, Prof Wladimir Krainev, Alexander Bakulov, Sergej Dijour, Lydia Fichtenholz, among others.
Elena is a graduate performer and prizewinner at many international competitions on both instruments. In the last 20 years, she has performed as a soloist and chamber musician at many internationally renowned festivals, concert series and in the best halls in Germany, Austria, England, the Netherlands, Belgium, France, Spain and Italy, including Mirabell Palace in Salzburg, the Wittgenstein Palace in Düsseldorf, and the Tchaikovsky Hall in Moscow.
Released in 2015, her CD "Duo for one," with solo and chamber music works, on which Elena Gaponenko plays both instruments at the same time, was recorded at the Leipziger Gewandhaus by the Genuin label. The Rhein-Main magazine adorned this recording with the title "Perfection in Harmony".
The 2017 by the label Oehms Classics released double album "opus 8" is speared in the parts "Russian Poem" for piano solo and "Finno-ugric rhapsodies" for cello solo. The thematically linked program with works by Russian, Finnish and Hungarian composers was well received worldwide.
In 2004, Elena already played on some of the Swiss Maggini Foundation’s precious collection of Celli and was supported by the LMN-Foundation, Yehudi Menuhin, the Friedrich Naumann Foundation and the Excellence Program of the University of the Arts in Berlin.
Elena Gaponenko has been lecturing at various European higher education institutions, as a progressive pedagogue, since 2008. These include, the University of Music in Vienna, the University of the Arts in Berlin, Dr. Hoch's Conservatory in Frankfurt am Main, Robert-Schumann University in Düsseldorf and the Bremen University of the Arts. In 2009-2014, she was co-founder and artistic director of the concert series "World Stars of the Future" for the establishment and maintenance of the interest in classical music as well as for the promotion of both young talents and experienced musicians.
Elena Gaponenko sees herself as a kind of interpreter who lets the music flow through her, giving her audience a glimpse of its coded message and a taste of its very essence. Her highest fulfillment is her direct contact with the audience. The stage is her mission. Managing to mediate the philosophy of both the composer and the composition, Elena’s performances are much more than technically perfect.