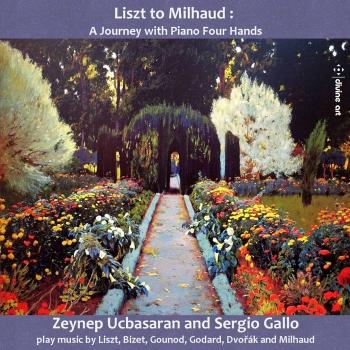 Liszt to Milhaud: A Journey with Piano 4 Hands 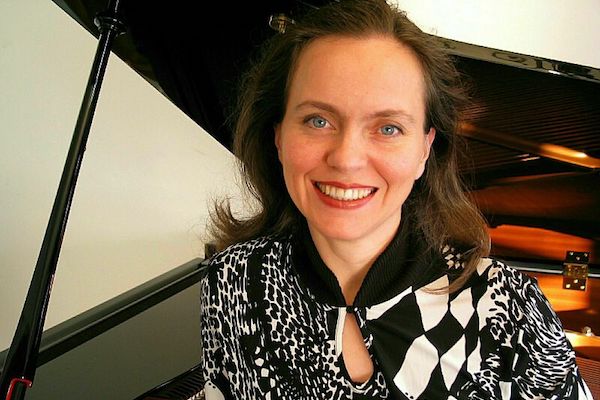 Zeynep Ucbasaran
The Turkish pianist Zeynep Üçbasaran was born in Istanbul, where she started her musical studies at the Municipal Conservatory, continuing at the Liszt Academy of Music in Budapest and at the Freiburg Hochschule für Musik. She has advanced graduate degrees in Piano Performance from the University of Southern California. Her career has brought many solo recitals and concerts around the world, in addition to chamber music performances, notably as a member of Trio Troy. Since 1996 she has been living in Santa Barbara, California.
Sergio Gallo
is the winner of concerto competitions of the Sao Paulo Symphony Orchestra and of the University Symphony in Santa Barbara. He has received a grant from the Henry Cowell Incentive Funds at the American Music Center in New York, New York, and has toured North Dakota twice with a Challenge America Fast-Track Grant award from the National Endowment for the Arts.
Sergio Gallo has performed with orchestras throughout the Americas and in Turkey, as well as for Radio France and Radio Cultura. Recently, he has performed in several countries in Asia and Europe, as well as in major cities in the United States and in his home country, Brazil.
Sergio Gallo is a Steinway Artist and records for the Eroica label. His recordings have received high praise from Gramophone Magazine and American Record Guide. He lives in the United States where he teaches at Georgia State University in Atlanta, and at Rocky Ridge Music Academy in Estes Park, Colorado.