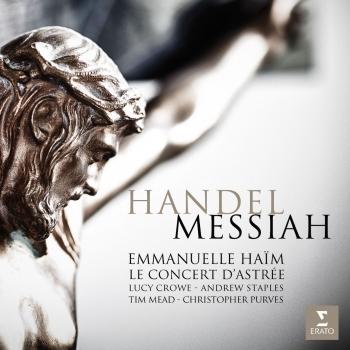 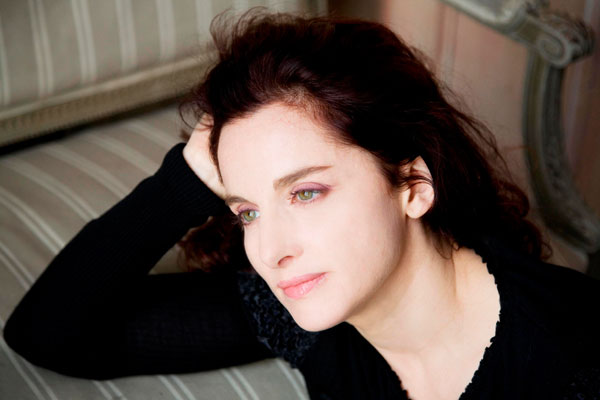 Emmanuelle Haïm
Le Concert d’Astrée, directed by Emmanuelle Haïm, is a vocal and instrumental ensemble dedicated to baroque music. It is currently among the most prestigious ensembles performing the baroque repertoire both in Europe and worldwide. Founded in 2000 by Emmanuelle Haïm, bringing together accomplished instrumentalists sharing the same artistic temperament and a natural, expressive musical style, Le Concert d’Astrée has achieved rapid success. It received the 2003 Victoire de la Musique Classique award for best ensemble of the year and in 2008 was named early music ensemble of the year at the Echo Deutscher Musikpreis. In residence at the Opéra de Lille since 2004, Le Concert d’Astrée has given staged performances of Handel’s Tamerlano (2004) and of Monteverdi’s L’Orfeo (autumn 2005), as well as several concerts, including Handel’s Il Trionfo del Tempo e del Disinganno, Pergolesi’s Stabat Mater and Mozart’s Mass in C minor. In 2005, the chorus of Le Concert d’Astrée was founded, at the time of the stage production of Rameau’s Les Boréades.
Le Concert d’Astrée performs throughout France (the Opéra National du Rhin, the Théâtre de Caen, the Opéra de Bordeaux, the Théâtre du Châtelet, the Théâtre des Champs-Élysées, the Paris Opera) as well as abroad, where they have appeared in a number of major classical music venues, including the Amsterdam Concertgebouw, the Barbican Centre in London, the Lincoln Center in New York, the Konzerthaus in Vienna, the Potsdam Festival and the Salzburg Festival, among others.
Le Concert d’Astrée has distinguished itself in a number of productions from the lyric repertoire: Bach’s St. John Passion at the Théâtre du Châtelet (directed by Robert Wilson) in March and April 2007, Handel’s Giulio Cesare in Lille, May 2007 (directed by David McVicar) and Lully’s Thésée (directed by Jean-Louis Martinoty) at the Théâtre des Champs-Élysées and the Opéra de Lille in February and March 2008. In autumn 2008, Mozart’s The Marriage of Figaro was staged by Jean-François Sivadier at the Opéra de Lille. This was followed by Purcell’s (After) The Fairy Queen, directed by Wouter van Looy and featuring soloists from Le Concert d’Astrée. In March 2009, Rameau’s Hippolyte et Aricie (directed by Ivan Alexandre) was performed at the Théâtre du Capitole in Toulouse. In autumn 2009, Le Concert d’Astrée performed Rameau’s Dardanus (directed by Claude Buchvald) at the Opéra de Lille, the Théâtre de Caen and the Opéra de Dijon.
Le Concert d’Astrée has been able to secure an impressive international reputation thanks to tours of, for example, Handel’s Theodora in autumn 2006. In December 2007, to mark the release of the recording of Handel’s Dixit Dominus and Bach’s Magnificat, a series of concerts was performed in Caen, Paris, London, Rome and Madrid. In November 2008, during a major tour to Germany and the Benelux countries, Le Concert d’Astrée performed in the Berlin Philharmonic Hall, where Emmanuelle Haïm had directed the Berlin Philharmonic Orchestra for the first time in March of that same year. At the end of 2009, Emmanuelle Haïm was invited to conduct the Frankfurt Radio Symphony Orchestra in Handel’s Messiah with Le Concert d’Astrée chorus. She later conducted the piece with the orchestra of Le Concert d’Astrée on a European tour. The 2010-2011 season saw a return to Handelian repertoire with Orlando in Lille, the Théâtre des Champs-Elysées and in Dijon, and a new production of Giulio Cesare at the Palais Garnier in Paris. During the 2011-2012 season, Le Concert d’Astrée will take part in a new production of Handel’s Agrippine (directed by Jean-Yves Ruf), and a new production of Monteverdi’s Le Couronnement de Poppée (directed by Jean-François Sivadier) in Lille and Dijon, and a revival of Ivan Alexandre’s 2009 Toulouse production of Rameau’s Hippolyte et Aricie at the Paris Opera. In November / December 2011 the ensemble will tour Haydn’s Creation to Dijon, Baden Baden, Innsbruck and Lille. Le Concert d’Astrée will hold an anniversary Gala Concert at the Théâtre des Champs-Elysées in Paris on the 19th December 2011 with the participation of international soloists who have collaborated with the ensemble during the 10 years of its existence – including Patricia Ciofi, Karine Deshayes, Natalie Dessay, Topi Lehtipuu, Sandrine Piau, Sonia Prina, Camilla Tilling, Anne Sofie Von Otter, Rolando Villazón…
Le Concert d’Astrée has recorded Handel’s Arcadian Duets, Aci, Galatea e Polifemo (Baroque Vocal Winner Gramophone Awards), Il Delirio amoroso and Il Trionfo del Tempo e del Disinganno; Purcell’s Dido and Aeneas, Monteverdi’s L’Orfeo and Il Combattimento di Tancredi e Clorinda; Carestini / The Story of a Castrato with Philippe Jaroussky; a disc of Handel’s Dixit Dominus, Bach’s Magnificat; and Mozart’s Mass in C minor, the latter under the direction of Louis Langrée. In autumn 2008 they released a recording of Bach cantatas with Natalie Dessay. This was followed by a recording of Lamenti by Monteverdi, Cesti, Landi and others, which won the 2009 Victoire de la Musique Classique award for recording of the year, and a recording of Handel’s Resurrezione. A recording of extracts from Giulio Cesare featuring Natalie Dessay, was released in January 2011. These recordings have received numerous awards and are a lasting record of the ensemble’s intense musical collaboration with today’s greatest singers.
Since January 2007, Le Concert d’Astrée and Emmanuelle Haïm have received significant support from the Mécénat Musical Société Générale, currently their main corporate sponsor.
In residence at the Opéra de Lille, the group receives a grant from the Ministry of Culture and Communication – DRAC Nord-Pas de Calais, and financial support from the town of Li.