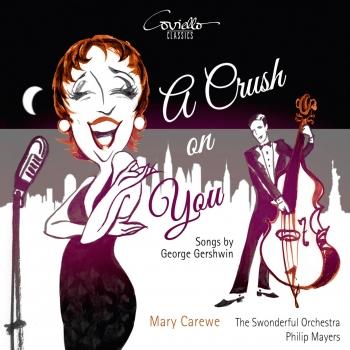 A Crush on You - Songs by Gershwin arr. von Philip Mayers 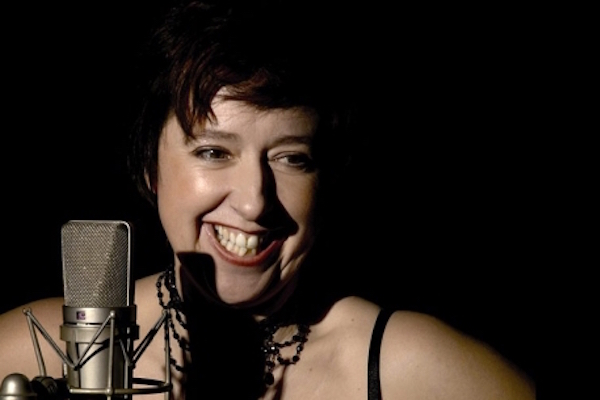 Mary Carewe
is one of the most accomplished and versatile concert and recording artists in the UK. She has performed extensively throughout the UK, Europe, the Americas and Australia, with repertoire encompassing stage and screen, 20th century cabaret and contemporary classical music.
A dynamic stage performer, Mary regularly appears with the main UK orchestras including the Royal Philharmonic and Royal Liverpool Philharmonic Orchestras, City of Birmingham and Bournemouth Symphony Orchestras, the Hallé, Philharmonia, Northern Sinfonia and Ulster Orchestra. In Europe she has performed with the Czech National Symphony Orchestra, Sinfonia Lahti, Odense Symphony Orchestra, NDR Radiophilharmonie, Helsingborg Symphony Orchestra and Stavanger Symphony Orchestra; and further afield, with the Indianapolis Symphony Orchestra, Pacific Symphony Orchestra, National Symphony Orchestra, New York Pops (with whom she made her debut at the Carnegie Hall, New York); and also with the Melbourne, Queensland and Tasmanian Symphony Orchestras, and Malaysian Philharmonic Orchestra. She has performed under the baton of Sir Simon Rattle, Carl Davis, Kurt Masur, John Wilson, and David Charles-Abell.
With Australian pianist and arranger Philip Mayers, Mary presents a number of Serious Cabaret programmes exploring the development of cabaret and jazz throughout the 20th century. Acclaimed by having the ‘capacity to live the song… with the even rarer ability of giving the impression that she is singing directly to you’ (seenandheardinternational.com), Mary has charmed audiences across the globe. In 2012, Mary and Philip released Serious Cabaret for Orchid Classics, which included Berlin cabaret songs, re-inventions of popular songs by George Gershwin, Kurt Weill and Lionel Bart as well as contemporary art songs. As a recitalist she has appeared at the Théâtre du Châtelet, Maison de Radio-France in Paris, Festival de l’Ile de France, the Concertgebouw in Amsterdam, Calouste Gulbenkian Foundation in Lisbon, Opera Butxaca in Barcelona, the Berlin Philharmonie, the Sage Gateshead, the Southbank Centre and King’s Place, London, as well as the Aldeburgh and Cheltenham Music Festivals. The 2015/2016 season includes performances with the City of Birmingham and Royal Liverpool Philharmonic Orchestras, and her debut with La Crosse Symphony in the USA.
On stage, Mary has sung the role of Mrs Noye in Britten’s Noye’s Fludde at the Loch Shiel Spring Festival; Anna 1 in Kurt Weill’s Seven Deadly Sins in Bilbao and Cuenca, Spain; and in theatrical revues of Sondheim, Rodgers and Hart, and Cole Porter at London’s Cadogan Hall. At the 2010 Musikfest Stuttgart, Mary presented Das Lied der Nacht, performing Schönberg’s Pierrot Lunaire and songs by Kurt Weill with the Sheridan Ensemble.
Mary has appeared frequently as a soloist for BBC Radio 2. On their flagship live music programme Friday Night is Music Night she has starred in over 75 episodes. On television, her voice is a familiar feature for jingles and TV themes, and her appearance alongside Carl Davis and the Philharmonia in a concert to celebrate 50 years of James Bond was aired on BBC4 in 2012 to wide acclaim.
A prolific recording artist, Mary’s discography reflects the diversity of her work, ranging from quintessential musical theatre composers including Rogers and Hammerstein, and Kander and Ebb; to 70’s pop icons Abba and the hits of the James Bond movies. Further to this, Mary has recorded extensively for Welsh composer Karl Jenkins, featuring on his Christmas CD Stella Natalis, and providing vocals on all bar one of the instantly recognizable Adiemus albums.