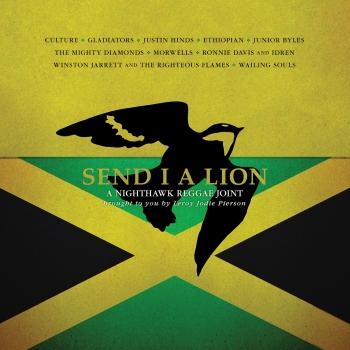 Send I A Lion: A Nighthawk Reggae Joint 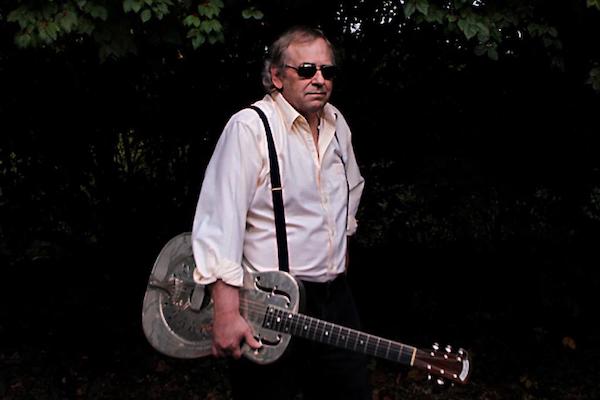 Leroy Jodie Pierson
Born October 22, 1947- Leroy Pierson was introduced to music early in life by his father who played guitar and fiddle in western swing bands, Leroy took up guitar himself at the age of 13. He tells of family outings to jazz clubs where they would attend the shows of John Coltrane, Muddy Waters, Albert King and many other masters of their genres.
As A.J. Cabanellas wrote in an Artist Profile for the St Louis Post-Dispatch - "St. Louis is fortunate to have in its homebase an artist with as many talents as Leroy Pierson. Not only is he a gifted performer with special talents on guitar and vocals, but is also a noted scholar of early black music history, both blues and Carribean-based reggae music. If that wasn't enough, Leroy's skills as a record producer and radio announcer clearly point to a musical Renaissance man.
Leroy was first exposed to blues music on disc jockey Gabriel's show on KATZ in the mid 1950's. At the time Leroy just thought the sounds he heard were pop music, but in retrospect he thinks they served as an early grounding in good taste. The early to mid sixties saw reissues of pre-war blues marketed on albums and Leroy bought them all as they were released. While at college in Beloit, Wisconsin, he gained skills in producing blues shows and festivals. He also spent time in the deep south interviewing and performing informally with many of the blues legends who helped to shape the identity that Leroy has attained. Some performers he interviewed and/or produced shows for include Mississippi Fred McDowell, Son House, Arther Crudup, Johnny Shines, Robert Jr. Lockwood, and of course Henry Townsend."
Leroy also has the distinction of producing the first all blues festivals in Beloit. It was at one of the early Beloit shows that Leroy made his first public performance, when Son House brought him out on stage.
Leroy moved back to St. Louis in 1970, taught some blues classes at Washington University, and help form the Missouri Friends of the Folk Arts. That year he wrote the liner notes to the Vanguard double-LP "The Great Blues Men" along with many other albums and anthologies. In 1974 he compiled, annotated and produced the now rare double-LP "Take a Little Walk With Me" on his own Boogie Disease label. Following the sucess of this album, he founded Nighthawk Records, an internationally renown blues reissue label.
In 1979 Nighthawk Records began a project in Kingston, Jamaica aimed at developing a reggae series and Leroy soley undertook the task of annotation, programming and material selection and eventually producing new music in the Kingston studios. Such widely acclaimed albums as the "Wiser Dread" and "Knotty Vision" anthologies, the extraordinary "Calling Rastafari" anthology and albums from such reggae greats as the Itals, the Gladiators, Justin Hinds and the Dominoes and reggae-legends the Ethiopian and Junior Byles.
Leroy's association with radio started in 1974 with a program called "The Missouri Tradition" on KWMU. This show changed to "The Baby Face Leroy Blues Hour" and "Beat Down Babylon"- the first reggae show on an NPR affiliate station!
The Leroy Pierson Band was requested by the U. S. Information Agency to do a one month tour of Jamaica with Rockin' Doopsie and the Twisters in 1985 including the Jamaican Jam-Fest and the World Music Festival, sharing the stage with Yellowman, Lionel Hampton, the Mighty Diamonds and other fine entertainers. In 1987 the USIA once again featured the Leroy Pierson Band on a tour of Africa and the Middle-East for five weeks performing concerts in such exotic locales as Iraq, Yemen, United Arab Emerites, Oman, Bahrain, Sudan and Quatar.
In 1988 Leroy released his own album "Rusty Nail" with Russell Horneyer playing bass and award winning fiddler/violin maker Geoffrey Sietz on drums and fiddle. The record has recieved extensive air-play on blues programs around the country and interest continues to build. Leroy and his new band have recently finished a second album to be released shortly!
The Complete Wailers 1967-1972 compiles a period from the Wailers careers that had really been overlooked up until now. Finally though, people can experience who Bob Marley, Peter Tosh, and Bunny Wailer really were: excellent singers, song writers and musicians, from a period that is arguably the most creative of their careers. The set features 10 CDs released on the JAD Records label, and is broken up into 4 parts, each containing rare and previously unreleased gems from the Wailers. The sets also features extensive liner notes done by reggae authorities Roger Steffens, Leroy Jodie Pierson, Bruno Blum and Jeremy Collingwood.
Leroy's writings for liner notes appear on numerous reggae albums, including the Peter Tosh boxset, "Honorary Citiizen", the above-mentioned Complete Wailers 10-cd set, among countless others. He is also co-writing the long-awaited and much anticipated Bunny Wailer biography called "Old Fire Sticks", along with Roger Steffens, to be released soon!