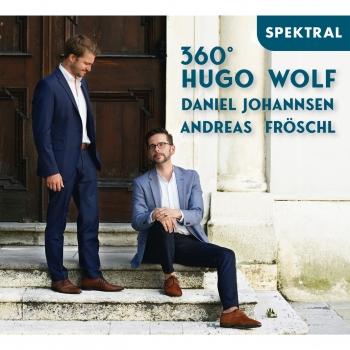 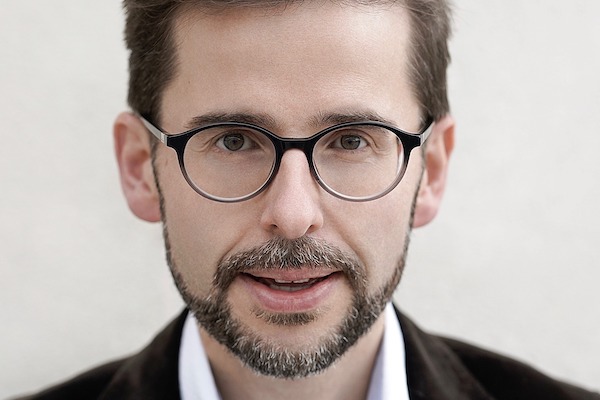 Daniel Johannsen
and Helmut Deutsch in Munich, the Süddeutsche Zeitung wrote: “This captivating musicianship is driven by good taste, literally representing pure art.” Born in Vienna in 1978 and a student of Robert Holl and Dietrich Fischer-Dieskau, art song performance is close to Daniel Johannsen’s heart. His recital programs connect the early Baroque to modern-day musical settings of poetry and include a variety of vocal-instrumental chamber music. Apart from the great song cycles, his repertoire comprises more than 300 settings in German, French, and English, which he has performed with piano partners such as Graham Johnson, Charles Spencer, Kristian Bezuidenhout, and Burkhard Kehring.
A church musician by training, he studied song with Margit Klaushofer at the University of Music, Vienna, and successfully participated in many competitions (Bach, Schumann, Mozart, Wigmore Hall), winning prizes at an early age. His performances have taken place in the big musical centers of Europe, North America, Japan, and the Middle East. As a highly sought-after Bach-interpreter, he is a regular guest at the most important Cantata Projects (Netherlands Bach Society project “All of Bach” / J.S. Bach Foundation St. Gallen). He performs at major festivals (Styriarte Graz, Enescu Festival) and has sung under the batons of Nikolaus Harnoncourt and René Jacobs, for example with the Freiburg Baroque Orchestra, the Vienna Philharmonic Orchestra, and the Sächsische Staatskapelle Dresden.
Daniel Johannsen has also established himself in opera, and has been heard in works by Handel, Mozart, and Britten at the Vienna Volksoper, Munich’s Gärtnerplatztheater, and the Leipzig Opera. He has recorded many CDs, published by Carus, Sony, and Deutsche Harmonia Mundi. In 2019, SPEKTRAL published his first recording of Schubert songs, Lieder ohnegleichen (accompanied by Christoph Hammer on a historical Graf fortepiano from 1826), which was highly acclaimed by the media.
Andreas Fröschl
stands for musical versatility at the highest level. In 2019 he won the 2nd prize of the renowned Bösendorfer Competition in Vienna and published his first solo album Warum nicht. with Preiser Records, a double CD, on which he presents classic piano pieces and cabaret of his own composition.
(accompanied by Christoph Hammer on a historical Graf fortepiano from 1826), which was highly acclaimed by the media.
Andreas Fröschl was born in Munich in 1988, grew up in Landshut, and has lived in Vienna since 2008. He studied piano performance and piano vocal accompaniment at the University of Music, Vienna, with Oleg Maisenberg, Stefan Arnold, David Lutz, and Charles Spencer. He graduated with distinction.
Apart from presenting various recital programs, he has passionately dedicated himself to the Lied genre. He has performed with, among others, Daniel Johannsen, Robert Holl, Theresa Dax, Nina Bernsteiner, Christoph Filler, and Jan Petryka, on numerous stages in Europe and South America; and — in 2014 — he won the prize for best Lied accompanist at the International Johannes Brahms Competition in Pörtschach.
In 2016 the CD #talesoflove, recorded together with baritone Georg Klimbacher, was published with Preiser Records and awarded the Bank Austria Kunstpreis. In 2013 Andreas Fröschl gave his debut as a soloist at Musikverein, Vienna, and in 2014 as Lied accompanist at Konzerthaus, Vienna. Together with Angelika Kirchschlager, Claudia Goebl, and Christina Sidak, he very successfully staged his play Mama macht LALA at the Vindobona in 2021.
In 2017 Andreas Fröschl began teaching at the University of Music and Performing Arts, Vienna, initially as an assistant (of piano performance); he has been an enthusiastic Lied accompanist for Florian Boesch’s class since 2020.