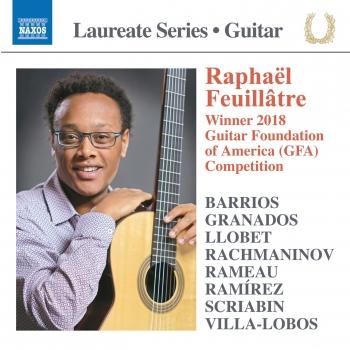 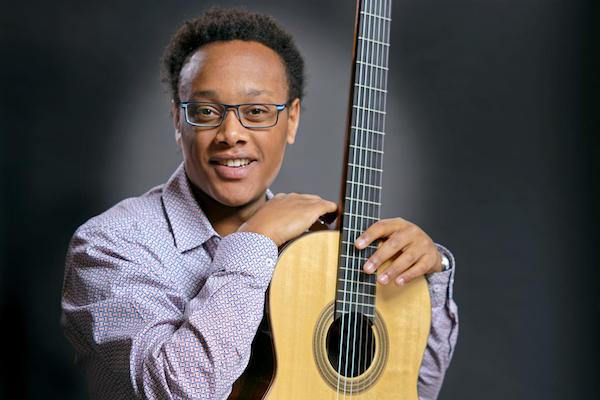 Raphaël Feuillâtre
Born in 1996, Raphaël Feuillâtre starts classical guitar lessons at the age of nine with Hacène Addadi at Cholet Conservatory. In 2012, he enters Michel Grizard’s class at the Conservatory of Nantes. Three years later, he is accepted to Paris National Superior Conservatory of Music and Dance (CNSMDP) into the class of Roland Dyens and obtains his Bachelor of Performing Arts degree in 2017 with highest honors. He is currently working on his Master’s Degree in Classical Guitar Performance with Tristan Manoukian.
Simultaneously, Raphaël is taking classes with Judicaël Perroy, who plays a very important role in his artistic development.
Alongside his studies, Raphaël takes part in various international guitar competitions, obtaining several major awards. In 2017, he wins the 1st prize in the International Guitar Competition Jose Tomas – Villa Petrer in Spain. This enables him to record his first album with JSM Guitar Records in 2018 (Bach, Granados, Tansman, Assad, Dyens) and be invited to multiple festivals in and outside France (Croatia, Bosnia and Herzegovina, Hungary, Holland, Montenegro, Spain, Brazil, Argentina, etc.).
Winner of the highly prestigious competition Guitar Fondation of America (GFA) in 2018, Raphaël is preparing the recording of his second opus (Naxos Label, 2019) and a six month tour around USA and Canada, as well as Mexico and Japan during 2019-2020 season.
Raphaël divides his time between performing and teaching. He regularly gives Master Classes during his numerous festival concert trips and has a permanent teaching position at the Music School of Villeneuve-la-Garenne in Paris region.