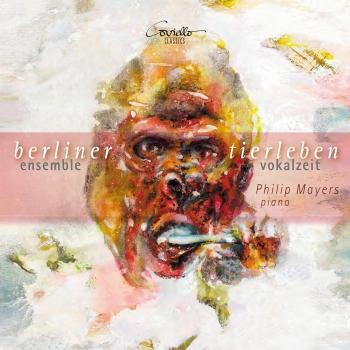 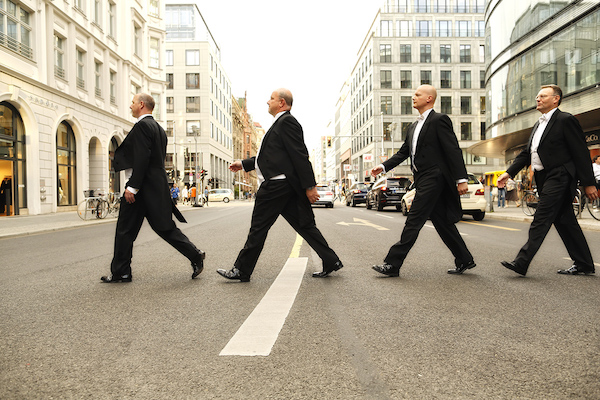 Ensemble Vokalzeit
It was on October 23, 2001, and very fittingly in the Christening and Marriage Chapel of the Berlin Cathedral, that four members of the city’s prestigious Radio Choir baptized their own vocal quartet.
The occasion was the 200th birthday of German singer and composer Albert Lortzing – and in honour of his memory the four vowed to pursue their love of vocal chamber music in its many forms, taking their inspiration from the Romantic period, the Berlin musical and German folk song traditions.
The four also share a love of evergreens and chansons and the music and style of the Comedian Harmonists – all of which they delight in infusing with their own personal interpretations, be it through lyrics or the musical arrangements.
As a result they’ve been called upon repeatedly to perform for German Presidents Johannes Rau and Horst Köhler at Berlin’s Charlottenburg and Bellevue Palaces – and on less formal terms - Vokalzeit sing their hearts out wherever they can get a foot in the door – in Berlin and beyond.
This playfulness led to the development of their Classical Parodies which bring text and unexpected meaning to traditionally instrumental pieces – most often tongue-in-cheek. Thus Vokalzeit has established itself as a leading act in the German capital, moving between genres with ease and great imagination.
The quartet loves to seek out unlikely or little known stories and curiosities and tell them in unorthodox ways – a favourite is how Beethoven’s fifth symphony helped pave the way for the invention of the clothes pin. Vokalzeit sings of the stuff of life, of great men and beautiful women, of insects with personality and bathing expeditions, and all this with one goal in mind: exceptional entertainment through exceptional performance.