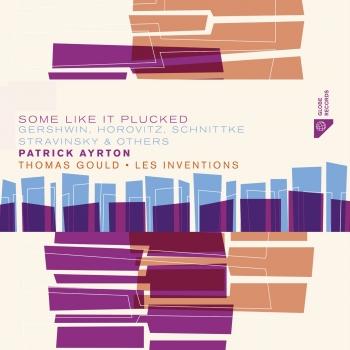 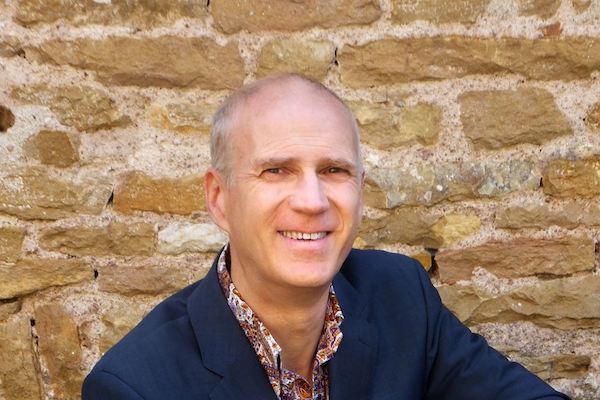 Patrick Ayrton
divides his time between performance on a variety of keyboards and his work as a conductor. He studied organ and sacred music at the Vienna Academy where he was a pupil of Alfred Mitterhofer, Michael Radulescu and Erwin Ortner. Later, he moved to The Netherlands where he followed courses in harpsichord and chamber music under the guidance of Ton Koopman. He was a laureate of the Organ Competitions at Innsbruck in 1983 and Bruges in 1985. Patrick Ayrton currently teaches thorough-bass, chamber music and improvisation at the Royal Conservatory of the Hague. He has been a tutor for the European Union Baroque Orchestra audition courses and has given masterclasses at the Tchaikovsky Conservatory and Gnessin School in Moscow, the Yonsei University of Seoul, the Latvian Academy in Riga and the Summer School of the Salzburg Mozarteum. Patrick Ayrton is the central figure in a documentary film based on “Tregian’s Ground”, a prize-winning novel by the Swiss writer Anne Cuneo. His association and collaboration with the Dutch conductor Arie van Beek has led him to develop his skills as a music director. In recent years, he has received invitations to conduct orchestras of repute such as the Orchestra of the Auvergne, the Chamber Academy of Potsdam, the Dijon-Bourgogne Orchestra, the Pasdeloup Orchestra in Paris, the Nordic Chamber Orchestra (Sweden), the Symphony Orchestra of Cannes, the Latvian Radio Choir, the Chamber Orchestra of Munich or the Sofia Philharmonic Orchestra. Patrick Ayrton is also the founder of the Les Inventions, a period ensemble which explores uncharted 18th century repertoire, such as the works of Joseph Touchemoulin and Thomas Linley. Les Inventions work in close partnership with acclaimed British vocal ensemble VOCES8. Patrick Ayrton is also known for his pre-concert talks and is a regular lecturer. From 2004 to 2016, he was artistic director of the Bach en Combrailles Festival in France. In the season 2016-17, he conducted the Sofia Philharmonic Orchestra in a cycle of 6 concerts featuring Baroque, Classical and Neo-Classical repertoire. ...
Thomas Gould
Described as an artist who “refuses to be defined by a single genre” (The Guardian), Thomas Gould is a violinist with wide-ranging musical interests. Gould has fast established for himself a reputation as one of Britain’s foremost interpreters of contemporary music whilst also remaining dedicated to the core classical repertoire.
Highlights of his 2015-16 season included performances of Max Richter’s Vivaldi Recomposed with Britten Sinfonia at the Barbican, Thomas Adès' Violin Concerto with Orchestra of St Luke’s in New York and with Philharmonie Zuidnederland in the Netherlands, Vaughan Williams’ The Lark Ascending at the Royal Festival Hall, and the UK premiere of Anthony Pateras’ Double Concerto for Violin and Live Electronics with the BBC Symphony Orchestra. Highlights of previous seasons include performances of Bruch’s Violin Concerto with the Royal Philharmonic Orchestra at the Royal Albert Hall, performances of Nico Muhly’s Concerto for Electric Violin with the LA Phil New Music Group and West Australian Symphony Orchestra, the London premiere of John Woolrich’s Violin Concerto with Britten Sinfonia, and performances with pianist Alasdair Beatson of Hans Abrahamsen’s Double Concerto with Britten Sinfonia and Sonderborg Symfoniorkester.
Gould is leader of Britten Sinfonia, one of the world’s most celebrated unconducted ensembles, and frequently directs the orchestra from the violin. His recording of Bach’s Goldberg Variations arranged for strings by D. Sitkovetsky with Britten Sinfonia (Harmonia Mundi, 2015) was received to great critical acclaim. From 2005-2016 Gould was leader of Aurora Orchestra.
Gould’s solo albums include Beethoven’s Violin Concerto and Vaughan Williams’ The Lark Ascending with Sinfonietta Riga (Live in Riga, Edition Classics, 2015), an album of contemporary works for solo violin (Bach to Parker, Champs Hill Records, 2014), and Nico Muhly’s Seeing is Believing with Aurora Orchestra (Decca, 2011). He has recorded two albums with the swing band The Man Overboard Quintet and several other jazz releases.
Gould trained at the Royal Academy of Music where he is now an associate. He plays a Giovanni Battista Guadagnini violin made in 1782.