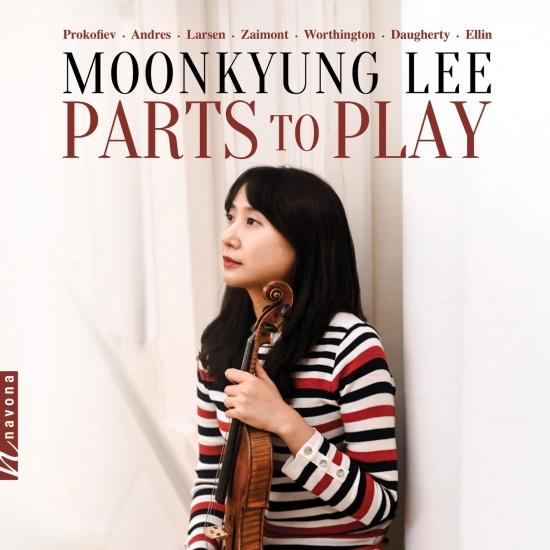 Info for Parts to Play

On PARTS TO PLAY, critically acclaimed violinist Moonkyung Lee turns from the symphonic environment of the critically lauded label debut, TCHAIKOVSKY, on which she performed with the London Symphony Orchestra, to a more intimate setting, with only pianist Martha Locker as her partner on a selection of works that include both stunning solo performances and intricate yet simple duets.
Choosing to include Prokofiev’s “Sonata for Solo Violin” amid compositions from six contemporary composers who collectively represent three decades of works is indicative of Lee’s ability to tease out the subtle nuances of every piece she performs. The three-movement suite moves from the simplicity of Moderato’s Classical sonata format through the more lyrically, introverted Andante Dolce to the clever finale, Con Brio. Similarly, her transit through Benjamin Ellin’s composition for solo violin, “Three States at Play,” is a nuanced journey through three movements, in which the more serene second movement is bookended by two outer movements that are quite rhythmically active.
When performing duets with Locker, such as on Rain Worthington’s “Jilted Tango,” Lee’s violin seamlessly integrates with the piano to create an atmosphere both spirited and poignant, capturing the “push and pull in a dance of love” implied by its title. Another sort of dance entirely is captured on the duo’s performance of the vibrant and upbeat “Grand Tartanella.”
Moonkyung Lee’s career includes numerous accolades, awards and scholarships including the Yale Chamber Music Celebration, and an NYU/Steinhardt Doctoral Fellowship for Doctoral Studies, of which she was the first ever classical string performer recipient. Her extensive array of performances, both in Europe in the US, include collaborations with many eminent ensembles, conductors and performers. Among the venues at which she has performed are Lincoln Center. the Berlin Konzerthaus, Dvorak and Smetana Halls in Prague, and the Seoul Arts Center Recital Hall. Her PARMA label debut, TCHAIKOVSKY WORKS FOR VIOLIN AND ORCHESTRA, won the silver medal at the 2017 Global Music Awards and was chosen by Spotify for their Classical New Releases playlist.
Pianist Martha Locker performs as both a soloist and chamber musician in both the United States and abroad. As a soloist she has performed with the Pittsburg Symphony Orchestra and the New Juilliard Ensemble; as a chamber musician and performer of contemporary music she performs throughout New York at such venues as Symphony Space and New York University. She has been a fellow of the Tanglewood Music Center and has been a guest artist at the Kyoto International Music Festival and the New York University Summer String Seminar, among many others.
“A violinist to follow” (Patric Imbaud, Res Musica)
Moonkyung Lee, violin
Martha Locker, piano 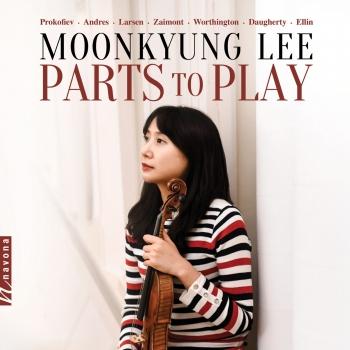 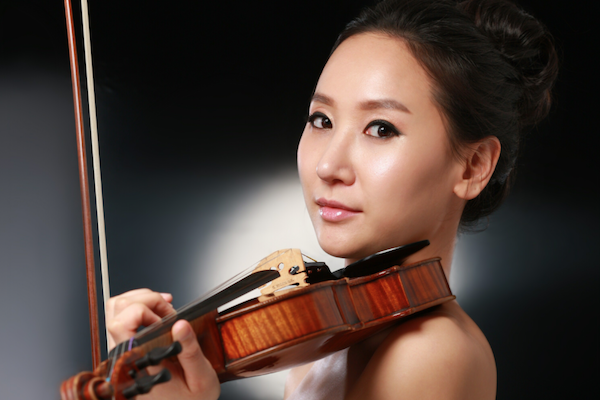