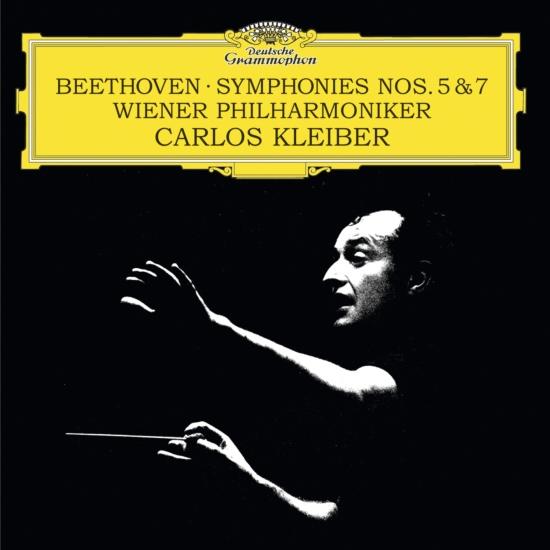 The legendary recording of the Beethoven Symphonies Nos. 5 & 7 from 1976 performance of Carlos Kleiber directing the Wiener Philharmoniker.
It is interesting to reflect that in 1974 there was not a single entry under the name 'Kleiber, Carlos' in The Gramophone Classical Record Catalogue.'Kleiber, Erich': certainly. Among other things, he had recorded a famous Beethoven Fifth in 1953 (Decca, 9/87—nla). I still remember the sinking feeling I experienced—a mere tiro reviewer on Gramophone—when I dropped into the post-box my 1, 000-word rave review (they had asked for 200) of what struck me as being one of the most articulate and incandescent Beethoven Fifths I had ever heard.
In Germany, they would probably have spiked the review. There is, after all, more than a hint of triplet-rhythm in Carlos Kleiber's conducting of the opening motto, a point—eagerly seized on by some German reviewers—which I had omitted to mention in my 1, 000-word encomium.
The performance doesn't stale, though it is the first movement that stays most vividly in the memory. I had forgotten, for instance, how steady—Klemperer-like, almost—the Scherzo and finale are. (Early Klemperer, that is: the Klemperer of the famous 1956 Philharmonia Fifth or his even earlier Vox recording—5/93, nla—of which The Record Guide—Collins: 1955—wrote, 'Klemperer treats the work as if he had just discovered its greatness.')
The recording of the Fifth, always very fine, comes up superbly in the new transfer. What, though, of the Seventh Symphony, an equally distinguished performance though always perceptibly greyer-sounding on LP, and on CD? Well, it too is superb. What the Original-Image Bit-Processing has done to it, I wouldn't begin to know, but the result is a performance of genius that now speaks to us freely and openly for the first time.
In some ways this is a more important document than the famous Fifth. Great recordings of the Seventh, greatly played and greatly conducted, but with first and second violins divided left and right, are as rare as gold-dust. Freshly refurbished, this Kleiber Seventh would go right to the top of my short list of recommendable Sevenths.
It is wonderful to have these two legendary performances so expertly restored and placed together on one disc for the first time. (Richard Osborne, Gramophone)
Wiener Philharmoniker
Carlos Kleiber, conductor 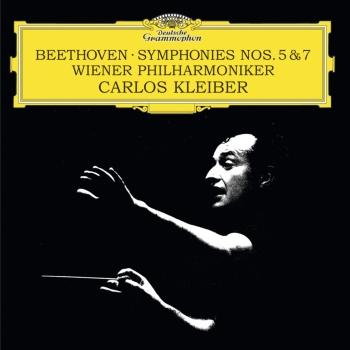 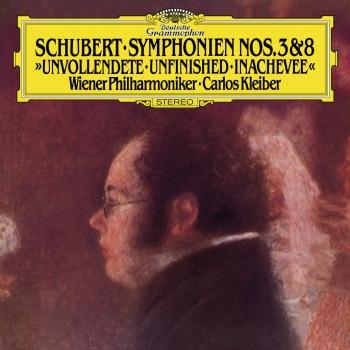 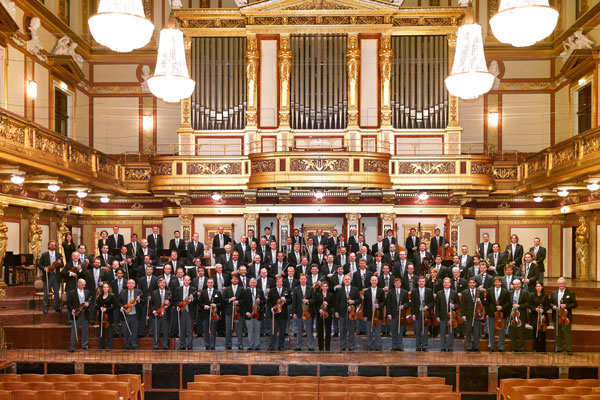 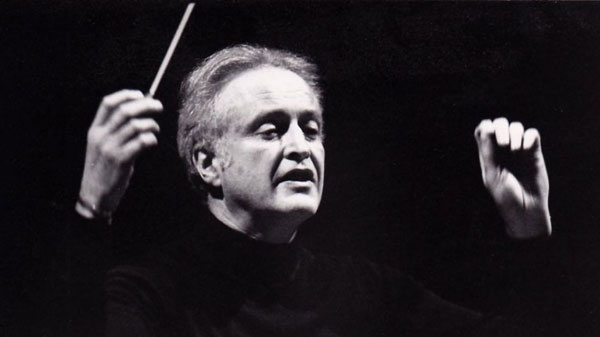 Carlos Kleiber - Conductor
was one of the legendary conductors of his time, famous for his infrequent, but supreme interpretations of a limited repertory. The New York Times called him "the most venerated conductor since Arturo Toscanini." Carlos Kleiber was born in Berlin, but was raised in Argentina. He was interested in music from an early age, despite opposition from his famous father, the conductor Erich Kleiber. Carlos settled in Europe in 1952 to become a repétiteur at the Theater am Gärtnerplatz in Munich. He made his debut conducting Millöcker's Gasparone in Potsdam in 1954. He attained another répétiteur position in 1956 at the Deutsche Oper am Rhein in Düsseldorf and was promoted to conductor in 1958. From 1964 to 1966 he was a conductor at the Zürich Opera, then first conductor at the Württemberg State Theater in Stuttgart (1966-1968). From 1968 to 1978 he was a conductor at the Bavarian State Opera in Munich.
During this period he made notable guest appearances. His British debut was conducting Berg's Wozzeck at the Edinburgh Festival in 1966. His Vienna debut was leading Tristan und Isolde in 1973, and he debuted at Bayreuth conducting the same work. In 1974 he appeared for the first time at Covent Garden and La Scala, in both cases conducting Richard Strauss's Der Rosenkavalier. His American debut vehicle was with Verdi's Otello in San Francisco. He made his debut at the Met in 1988. Subsequently, he also appeared as a conductor of orchestral concerts, including performances with the Chicago Symphony, the Vienna Philharmonic, and the Berlin Philharmonic.
After Kleiber gave up his position in Munich, he did not enter into another permanent relationship with an orchestra or opera house, preferring instead to make rare guest appearances. Kleiber was a tireless perfectionist who possesses a remarkable intensity in rehearsal and performance. He produced performances of refined, polished execution that strip away everything but the composer's purest intentions. Kleiber released only a few recordings, but each one is considered a masterpiece of interpretation. His repertory came primarily from the Classical and Romantic repertoire, including Beethoven, Brahms, and Mozart symphonies and overtures. Among the highlights of his career were his interpretations of opera, including Der Rosenkavalier, and Johann Strauss' Die Fledermaus. His repertoire also included waltzes and other lighter works, which he performed on the Vienna Philharmonic's New Year's concerts. Some of his opera productions, and a documentary of his rehearsal and conducting technique, are available on video. A very private man, he avoided public appearances and press interviews. He became a naturalized Austrian citizen in 1980.
Wiener Philharmoniker
Under the baton of Otto Nicolai on March 28, 1842, the Court Opera Orchestra presented a “grand concert”, which is considered the birth of the Vienna Philharmonic. On this occasion, all of the orchestra’s principles, which remain valid to this day, were in effect for the first time: only musicians who are engaged in the Vienna State Opera Orchestra can become members of the Vienna Philharmonic; all decisions are made independently and autonomously in general meetings of all active members on a democratic basis; these decisions are implemented by a democratically elected administrative committee of twelve musicians. The orchestra has been a registered association since 1908. The Vienna Philharmonic performs approximately 110 concerts every season, presents Vienna Philharmonic Weeks in New York and Japan, and has participated in the Salzburg Festival since 1922. The orchestra makes guest appearances in leading concert halls and festivals around the world and presents the New Year's Concert, which is broadcast internationally in over 70 countries, and the Summer Night Concert Schönbrunn, which is attended annually by up to 120,000 people.