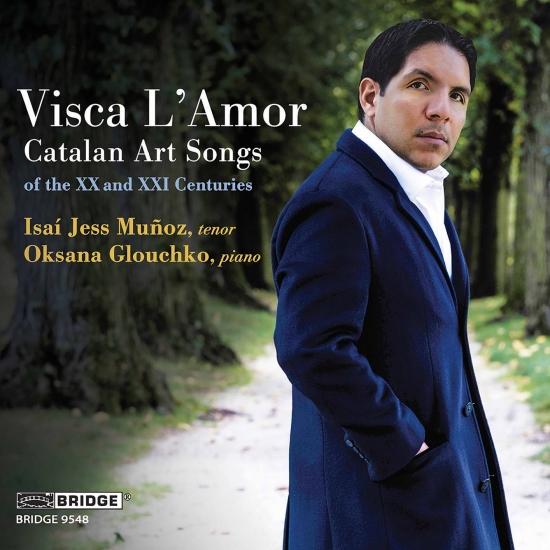 Info for Visca L’amor: Catalan Art Songs of the XX and XXI Centuries

As compared to the vast reference material devoted to the history and analyses of North American and other Central European classical song literature, little scholarly attention has been devoted to the art songs of Catalonia, the autonomous community in Spain. The repressive effects of the Spanish Civil War and Franco’s dictatorial ban on this region’s native language, Catalan, contributed to scarce diffusion of its classical song literature abroad. General public knowledge of Catalan art song stems primarily from the extant recordings of a few internationally revered native singers such as Victoria de los Ángeles and Montserrat Caballé. Despite the work of these extraordinary artists to champion the endangered music of their homeland, much work remains in order to achieve a deeper understanding of this music internationally. Our recording aims to illuminate this nationalistic genre—its history and its style—and also provide a context for understanding the performance practice, so that Catalan art song of the twentieth and twenty-first centuries may continue to gain recognition. ​
Spain’s landscape is vast, and Catalonia—joined by Castile, Andalusia, Galicia and the Basque country—enjoys its own customs and style. Indeed, Catalan art song has a distinctive musical voice and heritage, strongly influenced by its exchange of ideas on Impressionism and Neoclassicism with France. It’s important to note that areas of the French département of the Pyrénées-Orientales, recognized as Catalogne Nord (Northern Catalonia), was once part of the former Principality of Catalonia. Although ceded to France by Spain (1659), this region still retains much of its Catalan culture. The Catalan language is also spoken in the Principality of Andorra in Alghero, Italy, and other regions of the world.
Since 2010, concerts of Catalan art songs presented by the formidable duo of Isaí Jess Muñoz and Oksana Glouchko have generated overwhelming responses from audiences eager to hear more of this fascinating repertoire. Through these encouraging interactions, they were inspired to create this audio recording. History illustrates that something emerges from the human compulsions to look and record, to contemplate, even as we mourn. Much like the civil unrest and physical displacement endured by Catalonian artists, such as Frederic Mompou, Ricard Lamote de Grignon, and many contemporaries, troubled times have been inherent in many compelling artistic journeys; specifically, the frustration of seeing one's hopes and hard work either halted or not fully realized. For these artists, however, creating was an attempt to break free from the constraints of their present state, to draw on what they had already experienced, and to gain understanding of what still lay beyond the known and the present, in order to make peace and a positive difference. Beyond the cry for love of country, or amorous or fraternal affection, the music and poetry contained herein serves as compelling artifacts of human longing and endurance.
"Five Stars: This present disc certainly does Catalan music a great service and can be unhesitatingly recommended…Fine presentation and a perfect recording in which the voice and piano are placed in ideal relation to each other rounds off a most notable release…Muñoz knows exactly how much emotion to inject for maximal impact, never teetering over the edge into sentimentality; and it is in this that the strength of these readings lies. Muñoz's long melismas, too, reveal a seamless legato…the fragranced harmonies rising to palpable ecstasy from Muñoz’ strong lines… the luminous playing of Oksana Glouchko.” (Colin Clarke, Fanfare)
Isaí Jess Muñoz, tenor
Oksana Glouchko, piano 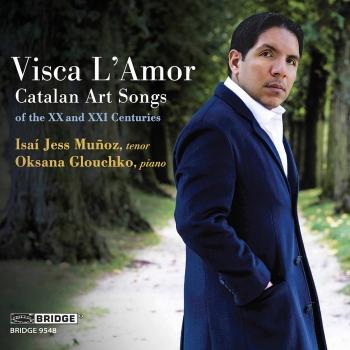 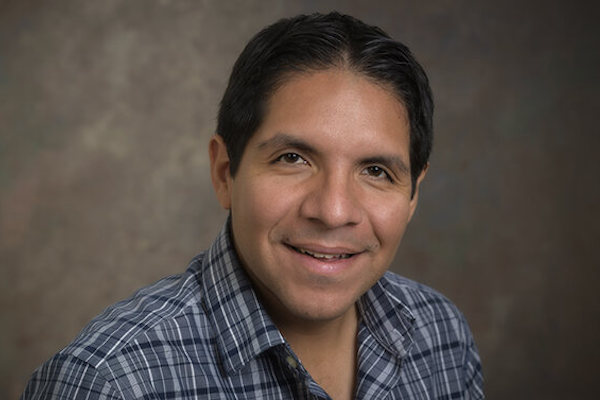 Isaí Jess Muñoz
With a radiant voice, intense theatricality, and a profound understanding of art song and operatic literature, tenor Isaí Jess Muñoz has collaborated with some of the world’s leading ensembles.Highlights have included performing with the Israel Philharmonic, New York Philharmonic, Los Angeles Philharmonic, American Symphony Orchestra, Mostly Mozart Festival (Lincoln Center), Voices of Ascension (New York), Verbier Festival (Switzerland), Bard Music Festival, New York City Opera, and Alvin Ailey American Dance Theatre on Broadway. A champion of contemporary and underrepresented works, Mr. Muñoz has recorded the 2009 Grammy-nominated album Song of the Stars with The Voices of Ascension, as well as world premiere releases of Pasatieri’s The Seagull (Albany), J.D. McClatchy and Francis Thorne’s Mario and the Magician (Albany), Hafez Nazeri’s Rumi Symphony Project Untold (Sony Classical), and David Lang’s Prisoner of the State (Decca Gold). His latest album, titled Visca L'Amor, features 24 Catalan art songs by native composers, and will be released in February 2021 on Bridge Records. Mr. Muñoz has performed frequently with New York’s Center for Contemporary Opera; premieres included James Dashow’s electronic opera Archimides and McClatchy and Thorne’s Mario and the Magician. Reviewing Opera Omnia’s production of Cavalli’s Giasone, the New York Post declared him to be the “Funniest of the comic crew in the decidedly non PC role of the stuttering hunchback Demo.”
Mr. Muñoz is the recipient of numerous awards, including from the National Foundation for Advancement in the Arts Career Grant for contributions to the dissemination of Iberian and Latin American art song. For his ongoing creative activities in interdisciplinary performances, he has been recognized by the National Opera Association, National Association of Teachers of Singing, American Prize, Delaware Division of the Arts, and others. He is the chair and senior editor of the Sacred in Opera Initiative, which explores the interplay between music-drama and the ideologies of world religions through research and performance.
A graduate of the Cincinnati College-Conservatory of Music, Manhattan School of Music, and Stony Brook University, Dr. Muñoz serves as professor of voice and opera at the University of Delaware. He is married to pianist Oksana Glouchko of Tel Aviv and they divide their time between Delaware and New York City. They consider their greatest accomplishments to be their three children, Giovanni, Marco, and Salomé.

Booklet for Visca L’amor: Catalan Art Songs of the XX and XXI Centuries