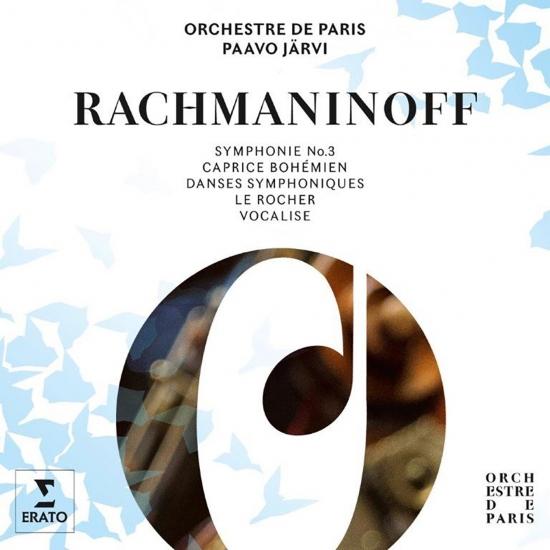 “In a concert, it’s physical,” Paavo Järvi, Music Director of the Orchestre de Paris, told the French magazine Classica, “The sound, the orchestra, the conductor, the audience ... Those of us on stage – orchestra and conductor – become actors.” That theatrical thrill is captured in this two album set of live recordings of works by Rachmaninoff, made in 2011 and 2013 at the Salle Pleyel, the Orchestre de Paris’s home until its move in early 2015 to the French capital’s new Philharmonie.
Rachmaninov's haunting Symphony No 3, written in 1936, is the work of a composer in exile and is filled with nostalgia for Russia. A subtler, more restrained work than the expansive Symphony No 2 – which was written nearly three decades earlier while Rachmaninov was still living in his homeland – it comprises just three movements. It also ushers in the starker style of the composer’s late works, typified by his final composition, the Symphonic Dances, written in America in 1940. On these CDs, these two major works from the final decade of Rachmaninoff’s life are complemented by two pieces from the 1890s, the Caprice Bohémien and the symphonic poem Le Rocher, and by the celebrated Vocalise, originally conceived in 1915 for voice and piano and later arranged for orchestra by the composer.
Paavo Järvi, one of Gramophone’s nominees for Artist of the Year 2015, holds positions with three other orchestras, makes guest appearances with the world’s leading ensembles, and becomes Chief Conductor of Japan’s NHK Symphony Orchestra from the 2015/16 season. He feels, though, that the Orchestre de Paris has a very distinctive personality: “I’ve tried to analyse the reason why the woodwind, in particular, succeed in obtaining a colour that is simultaneously rich and transparent,” he says, “and I think this comes from the personality of each player. In other countries, the musicians are obsessed with producing a homogeneous sound. Here, they play together, of course, but, when it comes down to it, they also see themselves as soloists: that is the big difference.”
Orchestre de Paris
Paavo Järvi, conductor