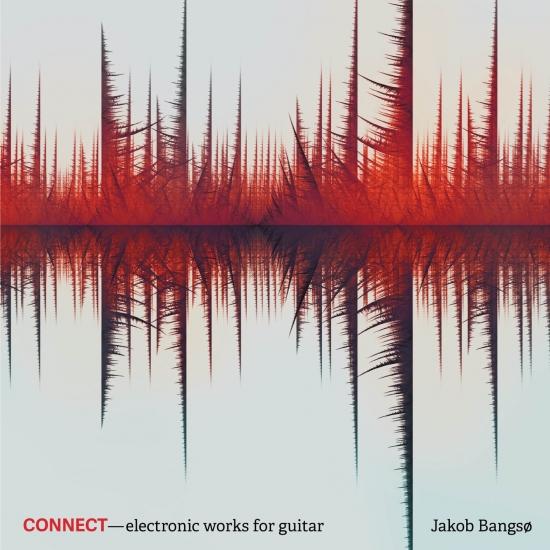 The five composers behind these world premiere recordings, written for the young classical guitarist Jakob Bangsø, all share a keen interest in the field of electroacoustic music. Through live electronics, sound-transforming algorithms and interactive systems, CONNECT explores captivating soundscapes in the borderlands between the acoustic and the digital, the raw and the processed, the heard and the reheard – guitar and electronics are equal partners.
The connection between man and machine is more topical than ever before. It is what is in focus in this release, with music as the communicative medium; from the ‘old’ acoustic sound in one corner of the ring to harsh digital noise in the other. In between lies the music, as heard and written by five composers, all with experience of working in this particular field. CONNECT features works, all of which are appearing for the first time on CD. The composers have all worked with electronics and especially with live electronics, presenting here works which also incorporate interactive computer software. The music has its origins in curiosity about the connection between the acoustic and the digital, the musician and the computer, the living and the “replayed”. Within this field between the acoustic and the electronic the works are played out: delicate sounds of the guitar and musical associations with Spain and even Arab scales as against elec­tro­nics that can extend the acoustic tonal universe far into possible futures and remote universes. Guitar and electronics are equal partners.
The Danish-Norwegian composer and artist, Tine Surel Lange (b. 1989), works with the surrounding world as both theme and material. She trained at the Royal Danish Academy of Music, Sonic College, the Norwegian College of Music and the Lithuanian Academy of Music and Theatre. Her compositions range from chamber music with live electroacoustics, where classical instruments are treated electro­nically, to soundscapes, ambisonics, industrial sounds, noise, graphics and video. She belongs to a new generation of artists and composers who work with, among other things, ‘3D sound’. ...
Jakob Bangsø, classical guitar 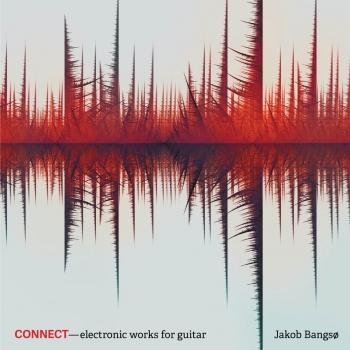 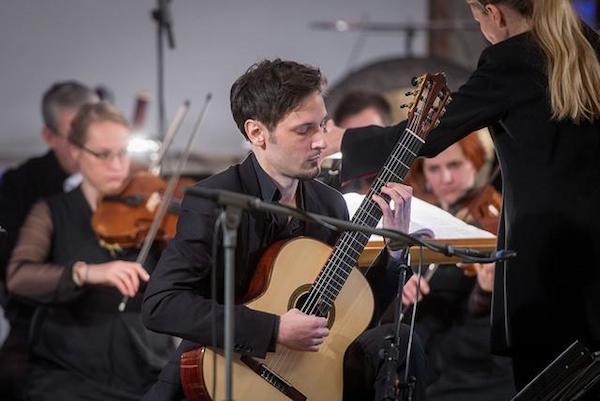 Jakob Bangsø
Award-winning classical guitarist Jakob Bangsø is quickly establishing himself as one the most engaging young instrumentalists in Denmark. A sought-after musician, he appears in solo recitals and in chamber settings in addition to frequently concertizing as an orchestral soloist. His repertoire is vast and constantly expanding and includes early music works to freshly composed music by living composers.
A top prize winner in prestigious international guitar competitions around Europe, he won the 1st Prize in the Berlin International Guitar Competition (Germany), 1st Prize at the XV Concours International de Guitare d'Antony (France),1st Prize at the International Guitar Competition Nordhorn (Germany), 2nd Prize at the IV Concurso Internacional de Guitarra de Sevilla (Spain), 3rd Prize at the XII Concurso Internacional de Guitarra "José Tomás" in Petrer (Spain) among many others.
In the past few seasons, Jakob toured Denmark, Germany, the Netherlands, Spain and France while enjoying a growing list of concerto engagements which include the Aarhus Symphony Orchestra, the RAMA Orchestra and the Orchestre Camerata Lutécia. In April 2016, he released his first commercial solo CD on the Dutch label Samsong Productions, generously sponsored by the Maestro Series.
In the forthcoming season, Jakob’s busy schedule includes concerts in Denmark and Germany, a tour in Canada, and concerto appearances with the Aalborg Symphony Orchestra, the Diamond Ensemble and the Tallinn Chamber Orchestra (Estonia). In February 2017, he will premiere Wayne Siegel’s new guitar concerto at the Black Diamond (The Royal Library) in Copenhagen.
Amongst an impressive list of accolades, Jakob Bangsø was selected as the first guitarist ever to receive "The Young Elite" career grant from the Danish Arts Council in 2015. He was granted twice the prestigious German "DAAD" Scholarship (2011/2013) and has garnered a number of additional honors for his work including the Rebild Music Award (2016), the Ejnar Hansen Prize (2013), the Makwarth's Music Grant (2012) and the Thøger Rasmussen Memorial Grant (2011).
Constantly seeking to expand the classical guitar repertoire, Jakob has a special interest in contemporary music and is involved in a number of collaborative projects with composers from Denmark and abroad. Amongst the composers who have created and/or dedicated works to Jakob are Wayne Siegel (US/DK), Kaj Duncan David (DK/UK), Andreja Andric (RS), Tine Surel Lange (DK/NO), Annette Kruisbrink (NL), Alain Féron (FR), Loïc Destremau (DK/FR), Klavs Kehlet Hansen (DK) and Constantine Caravassilis (GR/CA).
Jakob studied with Frederik Munk Larsen at the Royal Academy of Music in Aarhus completing his Advanced Postgraduate Diploma studies ("soloist class") with honours in 2016. He also holds a Master’s degree from the Hochschule für Musik und Tanz in Cologne, Germany, where studied with the world-renowned guitarist Roberto Aussel.
Jakob Bangsø plays guitars by Bogusław Teryks (2007, 2015).