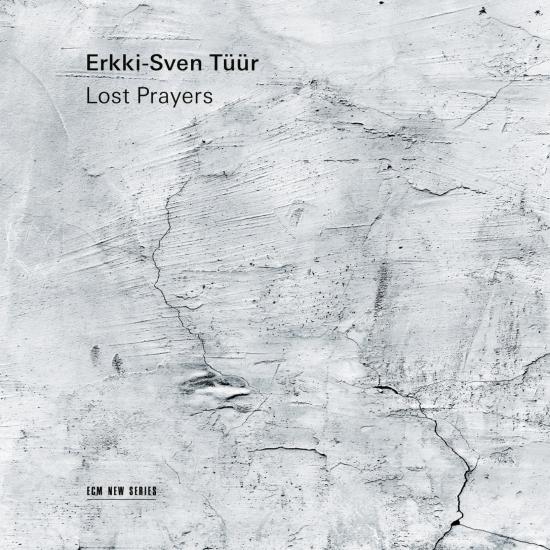 Lost Prayers is the first of Estonian composer Erkki-Sven Tüür’s New Series recordings to be devoted entirely to his chamber music. Scaled-back instrumental forces, however, are no indicator of reduced expressive power, and the volatility of Tüür’s concept emerges forcefully from the first seconds of Fata Morgana which is, with Lichttürme, one of two pieces for violin, violoncello and piano. These pieces are performed by the Estonian trio of Harry Traksmann, Leho Karin and Marrit Gerretz-Traksmann, all of whom have played Tüür’s music extensively and made appearances on earlier ECM discs, including Crystallisatio and Oxymoron. The German-based Signum Quartett plays Tüür’s Second String Quartet, Lost Prayers, and Signum violinist Florian Donderer also performs Synergie together with cellist Tanya Tetzlaff. Collectively the musicians underline Erkki-Sven Tüür’s view that “one can build up a really rich and wide palette of sounds with only three or four instruments. You don’t necessarily need a full orchestra to operate with a powerful soundscape.”
The album was recorded in April 2019, in Bremen’s acoustically-responsive Sendesaal, a room with long-established associations with ECM (reaching back to Jarrett’s Solo Concerts: Bremen/Lausanne of 1973).
In an interview with filmmaker Ingo J. Bierman, Erkki-Sven Tüür spoke about the genesis of the Lost Prayers album project: “Manfred Eicher had wanted to record an album focused on my chamber music works for many years, but it was only after I composed Lichttürme that I felt: now we have a set of pieces we could really release together. This chamber music collection is very important to me. The works Lichttürme and Synergie show very clearly what I mean with vectorial writing: you can see these different angles of seemingly parallel movements in the melodies and how I am building up these spiral-like, constantly changing harmonic results.” The technical considerations frame, Tüür says, the “aspects we are not able to talk about”, the expressive and emotional components of the music. The pieces are also, he says, “spaces of poetry, full of a wide array of everything that makes us human. There is light and darkness, pain, fury and a touch of redeeming love.”
A particularly powerful performance of Synergie at the Spannungen festival Heimbach by Florian Donderer and Tanja Tetzlaf gave impetus to the album project. Donderer was already playing with the Signum Quartet who were therefore an obvious choice for the first recording of Lost Prayers. Erkki-Sven Tüür’s Second String Quartet was written in 2012 in response to a commission from the ARD International Music Competition and premiered at Munich’s Prinzegententheater the same year. The religious reference in its title is uncommon in a worklist where compositions are more often identified by rational-systematic designations (see for instance his long sequence of Architectonics pieces). “I tried to imagine a cloud of cries for help – from believers, non-believers, people of different traditions, of different periods of history. Are these cries lost? The music is dealing with the energetic field of the accumulation of these spontaneous outcries.”
Harry Traksmann, violin
Florian Donderer, violin
Leho Karin, cello
Marrit Gerretz-Traksmann, piano
Tanja Tetzlaff, cello
Signum Quartett 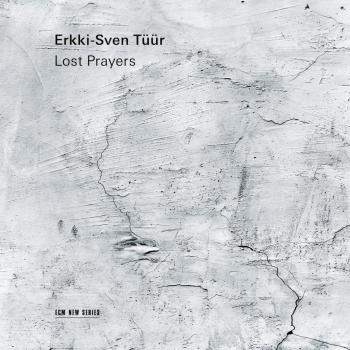