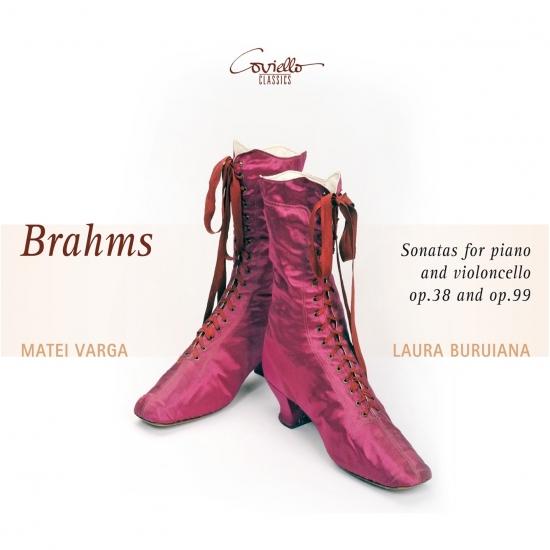 The two cello sonatas by Johannes Brahms can be considered examples of the stylistic transformation that shaped his career as a composer. The Sonata op 38, composed for the most part in 1862, is the work of a not yet thirty-year-old and is characterized by intense Romantic expression. The Sonata op 99, on the other hand, composed in 1886, displays the uncompromising, at times sparse style of his later years. Laura Buruiana calls Brahms her „first musical love“. Therefore it only had been consequent to record both sonatas.
Matei Varga, piano
Laura Buruiana, cello 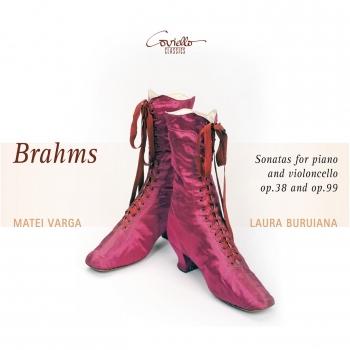 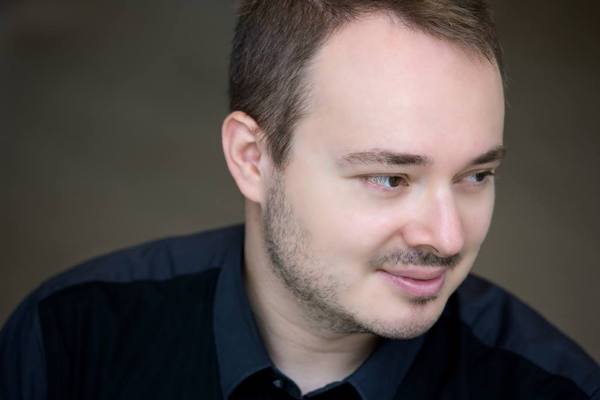 Matei Varga
is “the greatest young Romanian pianist” before the public today (Enescu Festival News, 2013), and the true heir of an incomparable pianistic tradition that includes Dinu Lipatti, Clara Haskil, Mindru Katz, and Radu Lupu.
In recent years, Mr. Varga’s artistry has received standing ovations from audiences around the world and superlative reviews from prominent critics. Noting that “it is hard to find the right words to describe the beauty” of Mr. Varga’s playing, the legendary Italian critic Paolo Isotta praised the young artist as a “true poet of the keyboard, a musician of depth, and a genuine artist.” Other critics have found his performances “impressive” (Gramophone, 2016), “magical” (Süddeutsche Zeitung, 2009), “colorful, vivacious [and] engaging” (Le Diapason, 2012), “luminous” (ConcertoNet 2011), and “spectacular” (Adevarul, 2013).
A “musician who can imbue even the simplest of melodic lines with meaning” (Fanfare, 2012), Mr. Varga is equally at home in staples of the pianistic repertoire and works written by today’s foremost composers, as evidenced by his commission to perform the European premiere of Michael Hersch’s “insanely difficult” second piano concerto, which left the audience “astonished” (Neue Musikzeitung, 2013). His latest recording in collaboration with cellist Laura Metcalf (“First Day”, released by Sono Luminus) was ranked in the top 10 of Classical Music Billboard chart in May 2016. Gramophone magazine wrote that “the cellist and pianist brilliantly address the music’s intense rhythmic interplay and extended lyrical passages”.
Mr. Varga’s 2016-17 appearances include performances of the Liszt B minor piano sonata during New York City Center’s Fall for Dance festival alongside Alina Cojocaru, Johan Kobborg and Friedemann Vogel, as well as solo and chamber music recitals at the Frick Museum and SubCulture in New York, Chatter Albuquerque and at the Romanian Athenaeum and Radio Hall in Bucharest. In the summer of 2017, he will record his first solo recital album at the Sono Luminus studios in Virginia.
Winner of the “George Enescu” prize in Bucharest and laureate of the “Maria Canals” competition in Barcelona, Mr. Varga was also a runner-up at the Young Concert Artists International auditions in New York City. He has appeared as a soloist and recitalist in many of the world’s leading concert halls, among them Carnegie Hall and Alice Tully Hall (New York), Konzerthaus (Berlin), the Auditorium du Louvre, Salle Gaveau, and Salle Cortot (Paris), National Center for the Performing Arts (Beijing), Guangzhou Opera House, Royal Dramatic Theater (Stockholm), Palau de la Música (Barcelona), Casals Hall (Tokyo), Rebecca Crown Auditorium (Jerusalem), and the Romanian Athenaeum and Radio Hall (Bucharest).
Mr. Varga holds degrees from the Romanian National University of Music, where he studied with Ana Pitis, Ioana Minei, and Sandu Sandrin, and the Mannes College of Music, where he studied with Pavlina Dokovska. He lives in New York City.