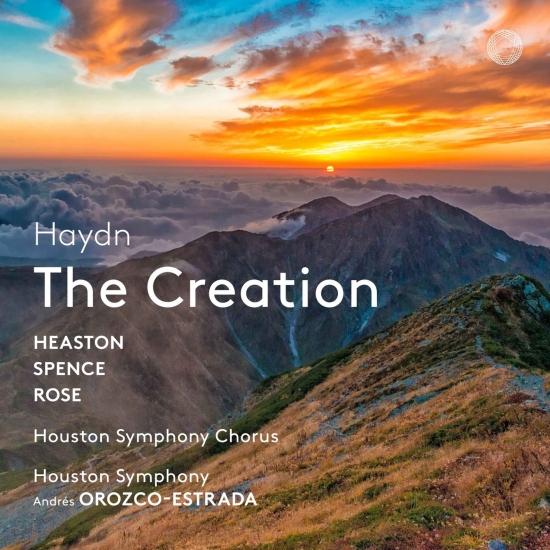 Info for Haydn: The Creation

Haydn’s stupendous, joyous and uplifting oratorio Die Schöpfung (The Creation) is thrillingly brought to life in this recording with Andrés Orozco-Estrada conducting the Houston Symphony, with the Houston Symphony Chorus and the acclaimed operatic soloists Nicole Heaston, Toby Spence and Peter Rose. With its startling dramatic gestures, bold orchestral colours and sublimely beautiful word painting, Haydn’s astonishing depiction of the Genesis creation story remains his supreme masterpiece and one of the best-loved works in the entire choral repertoire. In a vivid series of tableaux, from the creation of light to Adam and Eve’s love duet, Haydn brings to life the birds, beasts and angels which all rejoice in soaring, life-affirming music.
Nicole Heaston, soprano
Toby Spence, tenor
Peter Rose, bass
Houston Symphony Chorus
Houston Symphony
Andrés Orozco-Estrada, conductor 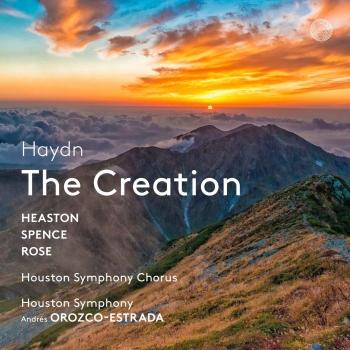 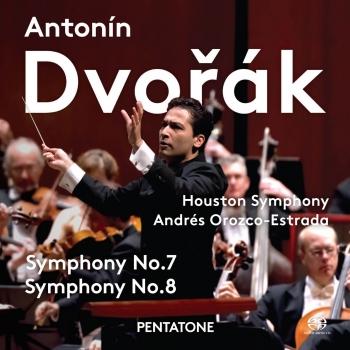 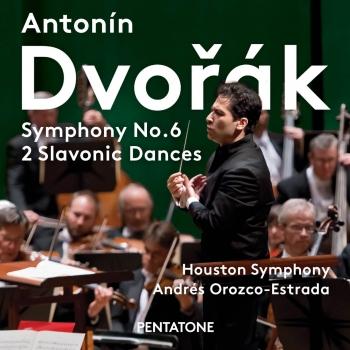 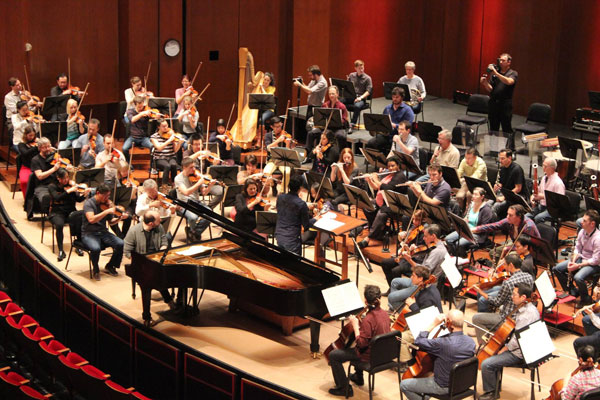 Houston Symphony Orchestra
Founded in 1913, the Houston Symphony is one of America's oldest performing arts organizations, with a rich history of musical excellence. Maestro Hans Graf, who took the podium in September 2001, is the Houston Symphony's 15th music director.
The Houston Symphony fills each busy season with more than 170 concerts attended by an estimated 350,000 people each year. These concerts include the Fidelity Investments Classical Series, made up of the TOTAL Gold Classics, The Shell Favorite Masters, the Fayez Sarofim Great Performers and the Spectrum, Fire and Sound Plus Vision series; the Cynthia Woods Mitchell Pops series; a gala Opening Night Concert; Messiah performances at Christmas, Family Concerts, the Chevron Fiesta Sinfonica Familiar, the Dollar Concert and the Salute to Educators Concert. During the summer, the orchestra performs the Summer in the City series and performs at its official summer home, the Cynthia Woods Mitchell Pavilion, tours the region with free Sounds Like Fun! concerts for children and presents the free Target Summer Symphony Nights concerts at Miller Outdoor Theatre, where it has performed for more than 60 years.
The Symphony's newest outreach endeavor, the Houston Symphony Community Connections, involves musicians volunteering their time to go into the community, at no charge, as soloists, in small-ensembles or as music coaches. Each season, musicians reach more than 15,000 Houstonians in schools, hospitals, retirement homes, shelters and community centers.
Andrés Orozco-Estrada
Houston Symphony Music Director Andrés Orozco-Estrada began his tenure in the 2014-15 season and immediately established a dynamic presence on the podium and a deep bond with the musicians of the orchestra. Orozco-Estrada carefully curates his programs to feature engaging combinations of classical masterworks paired with the music of today, significant artistic collaborations with composers and guest artists, and innovative use of multimedia and visual effects, all in order to make meaningful connections with the audience. In his first season with the Houston Symphony, he presented an opera in concert—Mozart's The Abduction from the Seraglio—and he brought the audience closer to the music with in-depth focuses on Beethoven, Mahler and Ives. He encouraged meaningful relationships between living composers and audiences through recent collaborations with contemporary composers such as Gabriela Lena Frank, who is now in her second season as the Symphony’s composer-in-residence. Orozco-Estrada also introduced “Musically Speaking,” a new concert format designed to delve deeply into a singular work, interspersing history, commentary and anecdotes with musical excerpts, and culminating in a performance of the entire piece.
A natural communicator, Orozco-Estrada expanded upon this foundation in the 2015-16 season by engaging even more in direct conversation about music with the audience. Among his new initiatives is “On Stage Insights with Andrés,” which features casual commentary by Orozco-Estrada and soloists from the stage at various points during concerts. Programming highlights of the current season include the second installment of a three-year Beethoven cycle, featuring the “Eroica” Symphony and Symphony No. 9; the world premiere of John Corigliano’s STOMP for Orchestra, a Houston Symphony commission; the world premiere of The Cosmos – An HD Odyssey, the final installment of the Symphony’s three-year multimedia collaboration with Producer Duncan Copp and NASA; music of the Americas, juxtaposing works from both continents, including those of Charles Ives, Leonard Bernstein, Silvestre Revueltas and Heitor Villa-Lobos. On the recording front, Orozco-Estrada and the Symphony are recording the last four great symphonies of Antonín Dvorák. Orozco-Estrada also spearheaded a cultural exchange and partnership with the Filarmónica Joven de Colombia (FJC). In June 2015, the Houston Symphony sent 14 members of the orchestra to Colombia to mentor young musicians. Then, the Symphony brought the youth orchestra to Houston for a 10-day residency culminating in a side-by-side performance of Carmina Burana with both groups.
Born in Medellin, Colombia, Orozco-Estrada began his musical studies on the violin, and he started conducting at age 15. At 19, he entered the Vienna Music Academy, where he studied with Uroš Lajovic (pupil of the legendary Hans Swarowsky) and went on to complete his degree with distinction, conducting the Vienna Radio Symphony Orchestra at the Musikverein. Orozco-Estrada burst onto the international scene with two substitutions with the Vienna Philharmonic Orchestra: the first, his debut in 2010, standing in for Esa-Pekka Salonen, and then in 2012 substituting for Riccardo Muti at the Musikverein. He has worked with the most prominent European orchestras, most recently the Munich Philharmonic, Leipzig Gewandhaus Orchestra, Mahler Chamber Orchestra, City of Birmingham Symphony Orchestra, Orchestra di Santa Cecilia in Rome, Orchestre National de France and Oslo Philharmonic. Highlights of the 2014-15 season included important debuts with the Pittsburgh Symphony Orchestra and the Royal Concertgebouw Amsterdam as well as at the Salzburg Festival. In addition to his post in Houston, Orozco-Estrada is chief conductor of the Frankfurt Radio Symphony Orchestra and principal guest conductor of the London Philharmonic Orchestra. In the 2015-16 season, he makes his official subscription series debut with the Vienna Philharmonic, as well as the Israel Philharmonic Orchestra, the Tonhalle Orchestra Zurich, the Cleveland Orchestra and the Philadelphia Orchestra.

Booklet for Haydn: The Creation