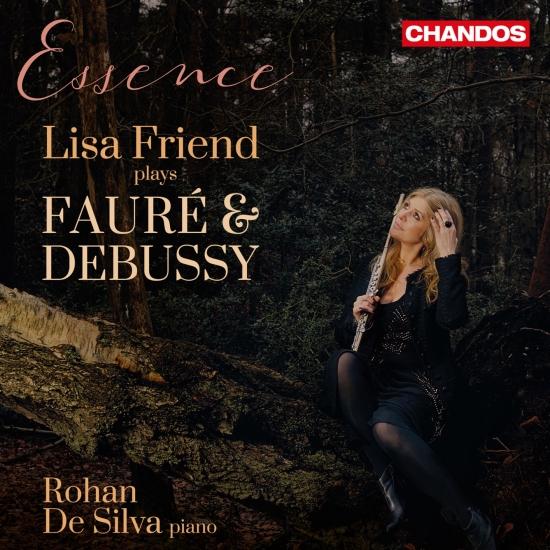 The flute takes a very special place in French music, particularly so in the late nineteenth and early twentieth centuries. As a result (and in addition to a great deal of original repertoire for the instrument) there is a significant body of work transcribed for flute and piano, which Lisa Friend and Rohan De Silva explore in this exquisite programme.
Fauré’s first Violin Sonata, composed in 1875 – 76 works particularly well in transcription, with its sweeping melodies and lack of double-stopping. The rapid scale passages in the third movement are especially effective.
Debussy’s Prélude à l’après-midi d’un faune, based on a poem by Stéphane Mallarmé, is regarded by many (including Boulez) as the birthplace of modern music, Ravel choosing it to be played at his funeral. The original orchestral version opens with one of the best-known flute solos in the repertoire, making this transcription particularly appropriate.
Rohan De Silva, piano
Lisa Friend, flute 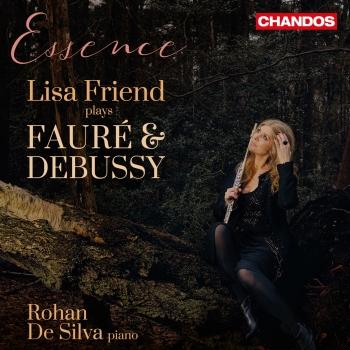 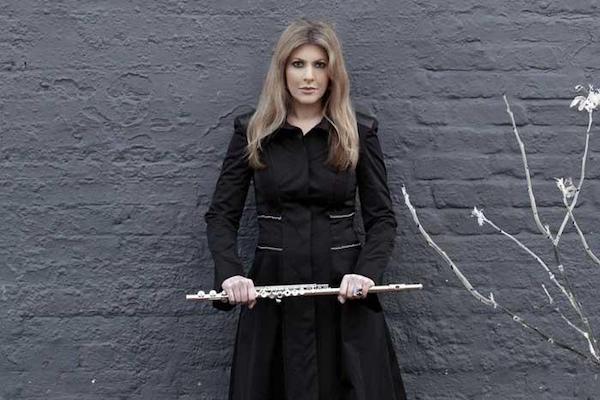 Lisa Friend
has appeared as a soloist with the Philharmonia Orchestra, City of Prague Philharmonic, Virtuosi Pragenses Chamber Orchestra, Royal Liverpool Philharmonic Orchestra, Oxford Philharmonic and has toured throughout much of Europe, Asia and the USA.
Lisa has recorded as a solo/chamber artist for Silva Screen, Universal, Chandos, Champs Hill and Signum Records. Her latest CD ‘Mozart Flute Quartets–Lisa Friend & the Brodsky Quartet’ (Chandos Records) was chosen as Classic FM (Netherlands) ‘Album of the Week-Jan 2017’ and was warmly reviewed by David Mellor on Classic FM UK (Feb 2017). She recently recorded a live performance of a Mozart Flute Quartet movement with the Brodsky Quartet in the Classic FM Studios. In July 2017, Lisa and the Brodsky Quartet also performed live on BBC One TV 'The Andrew Marr Show'.
Her solo CD, ‘Cinema Affair’ with the City of Prague Philharmonic waschosen as Classic FM (UK & Netherlands) ‘Album of the Week’ in 2016. 'Cinema Affair' has also been chosen as a featured album on board British Airways 'Highlife In Flight Entertainment'. In 2014, her CD 'Luminance'-Solo & Duo Works for flute and piano-Lisa Friend, Anna Stokes and Mark Kinkaid (Champs Hill Records) was 'Classic FM album of the Week’, David Mellor's Album Choice of the Week in the 'Mail on Sunday' and aired on BBC Radio 3, BBC London, BBC Radio 2, Classic FM and RTE Lyric FM. She has also featured on a recording for Malcolm Martineau and friends of songs by Poulenc (Signum Classics).
She has given live broadcasts for Classic FM, BBC Radio 3 and BBC London. Solo recital highlights include performances for Steven Spielberg and his Foundation ‘Shoah’, the Royal Family at Buckingham Palace, LG Arts Centre-Seoul, Wigmore Hall and Cadogan Hall Concert - Children & the Arts '10th Anniversary Concert' in collaboration with Classic FM. In February, Lisa also performed tracks from her cd, 'Cinema Affair' playing live on stage as a soloist with Principal dancers of the Royal Ballet for Sergei Polunin’s 'Project Polunin'.
After signing a deal with Universal Publishing, Lisa wrote original arrangements for her trio based on some of the great film scores as well as her own compositions, performing at venues such as St Martin- in-the-Fields, St. John’s, Smith Square, and the British Embassy in Paris.
Lisa spent her early years growing up in America where she studied with Renee Siebert of the New York Philharmonic. At 17, she won a scholarship to study with Susan Milan at the Royal College of Music and continued her postgraduate studies as a 'Martin Music Scholar' with the late Alain Marion of the Paris Conservatoire.
She has given masterclasses in South Korea and the UK, and runs an annual international flute masterclass in London, ‘The Friend Flute Academy London’. In April 2017, Lisa was on the Jury for Alfred Cortot École Normale de Musique de Paris ‘Concours du Diplôme Supérieur de Concertiste’ in Paris.
Rohan De Silva
was born in Colombo, Sri Lanka, and has collaborated with Itzhak Perlman, Cho-Liang Lin, Joshua Bell, Anne Akiko Meyers, Kurt Nikkanen, Gil Shaham, Kyoko Takazawa, Vadim Repin, and Midori. He has performed at Carnegie Hall, Lincoln Center's Avery Fisher Hall, the 92nd St. Y, Kennedy Center, Library of Congress, Philadelphia Academy of Music, Ambassador Theater, Concertgebouw Amsterdam, London’s Wigmore Hall, Tokyo’s Suntory Hall, and Milan’s La Scala. He has also appeared at the festivals of Aspen, Interlochen, Manchester, Ravinia, Schleswig-Holstein, Pacific, and Wellington.
Among De Silva’s awards are the best accompanist special prize at the ninth International Tchaikovsky Competition in Moscow. He performed at the White House in 2007 for President George W. Bush and Queen Elizabeth, and in 2012 with Perlman for President Barak Obama and Shimon Peres. He has also appeared on television on The Tonight Show with Midori; and on radio stations WQXR, WNYC, and WNCN, as well as the Berlin Radio, Japan’s NHK, and CNN’s Showbiz Today, Millenium Grammy’s 2000. De Silva has recorded on the DGG, CBS/Sony Classical, Collins Classics, and BMG labels.
De Silva holds BM and MM degrees from Juilliard where he studied piano with Martin Canin and chamber music with Felix Galimir. He earned an associate degree from the Royal Academy of London in 1992 and was the recipient of the first President’s Fund scholarship from his home country to study at Juilliard. He also studied piano with Hamish Milne while attending the Royal Academy of Music from 1975 to 81. De Silva has been on the faculty at Juilliard since 1991.